The Deutsche Börse Group has announced the replacement of Michael Zollweg, the Head of the Trading Surveillance Office (TSO) of the Frankfurt Stock Exchange and the derivatives exchange Eurex, this Tuesday, with Andreas Mitschke to take on the role.

Mitschke will commence his new role on the 1st of January 2020. His appointment follows twenty years of working for the TSO, having joined in 2000 as an analyst monitoring trading at Eurex. 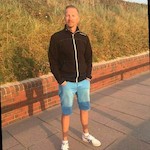 It is no doubt that Mitschke has big shoes to fill, as Zollweg has held the role for two decades, having initially commenced the position also in 2000. As Finance Magnates reported, he is leaving the position at his own request and will stay on the company’s roster as a consultant in the area of trading surveillance until the end of next year when he will then concentrate on new ventures.

During the past two decades, Mitschke has risen through the ranks of the TSO. After joining as an analyst, he went on to specialise in the technological development of surveillance. Through his tenure with the company, he played a key role in merging the trading supervision of Xetra and Eurex.

Commenting on the appointment, Martin Reck, Board Member of the Frankfurt Stock Exchange said: “With Andreas Mitschke, we have found a new Head of Trading Surveillance with many years of expertise in this area.

“In his current position, he has strongly advanced monitoring in fully electronic trading over the last few years, not least by integrating a statistical analysis of data from social media.”

The TSO supervises exchange trading on the cash market of the Frankfurt Stock Exchange and on the derivatives market of Eurex Germany. The office is an independent supervisory body of the exchange in accordance with the German Exchange Act, and part of Market Surveillance.

Stretched and Stressed by Outbreak, African Doctors Push Back