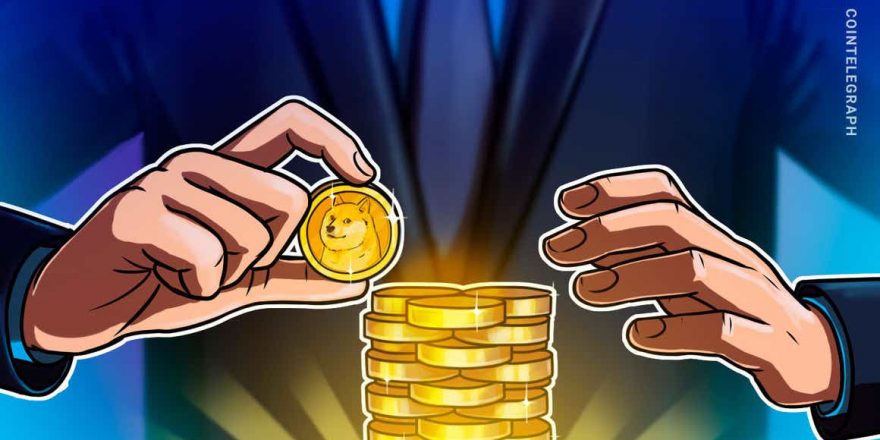 The Dogecoin community — notoriously passionate for adoption initiatives — tweeted in droves to advocate for the asset’s integration within the theater’s payment options. Following the successful endeavor, users can now purchase up to $200 worth of digital gift cards per day. These cards can then be redeemed by theater goers in cinemas across the United States.

Aron was pleasantly surprised by the mass attention, reporting over 6 million views and 140,000 votes on his post, including distinguished Doge fanatics Elon Musk and Mark Cuban. He also claimed that the viral tweet was his “most retweeted, most replied, most liked tweet ever.”

AMC Entertainment have already expressed intent to accept four other cryptocurrency assets: Bitcoin (BTC), Ether (ETH), Litecoin (LTC) and Bitcoin Cash (BCH) by the end of 2021. According to the latest data from October 2020, the institution has 620 theaters across the United States, and a further 358 theatres across Europe.

As cryptocurrencies emerge into the mainstream consciousness, positioned to consumers as liberating alternatives to traditional fiat currencies, a new wave of public venues are transitioning their technological infrastructure to accomodate this demand.

Cointelegraph reported in March 2021 that Thailand’s largest movie theater operator Major Cineplex Group were piloting a nation-first inaugurate crypto project. This will enable movie-goers to purchase tickets and passes with established digital assets such as Bitcoin.