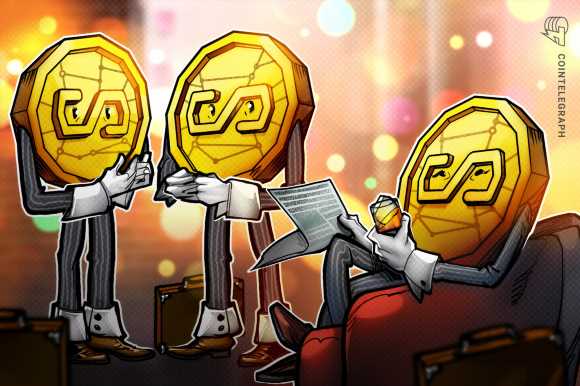 Michael Hsu, the acting head at the United States Office of the Comptroller of the Currency, said stablecoins need standards comparable to the early internet.

In a written statement following his appearance at the Artificial Intelligence and the Economy event in Washington D.C. on Wednesday, Hsu said stablecoins lacked “shared standards,” were “interoperable,” and needed standards similar to those set by the Internet Engineering Task Force and World Wide Web Consortium. According to the OCC head, representatives from the crypto industry as well as within the U.S. government — including the OCC and National Institute of Standards and Technology — could work toward such goals.

As the U.S. government bureau tasked with supervising federally licensed banks, the OCC is one of the regulators in the country whose purview crosses into the digital asset space, in addition to the Federal Reserve, the Securities and Exchange Commission and the Commodity Futures Trading Commission. Last Friday, the OCC issued a consent order against Anchorage Digital due to its “failure to adopt and implement a compliance program” in accordance with the Anti-Money Laundering requirements agreed upon by the bureau in January 2021.

Related: Regulators are coming for stablecoins, but what should they start with?

In the United States, both lawmakers and government agencies have been grappling with how to handle stablecoins on a regulatory level in a type of legislative tug-of-war. In November 2021, ​​the President’s Working Group on Financial Markets released a report suggesting that legislation on stablecoins was “urgently needed” and issuers should be subject to “appropriate federal oversight” akin to that of banks. House of Representatives member Patrick McHenry has proposed a state-centered regulatory approach for stablecoins, while Senator Pat Toomey drafted a bill in April suggesting “payment stablecoins” be exempt from many U.S. securities regulations.