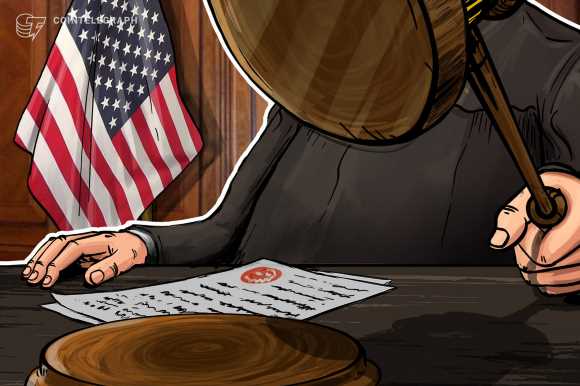 Authorities in the U.S. states of Alabama, Kentucky, New Jersey, Texas and Wisconsin have filed enforcement actions against the Flamingo Casino Club for allegedly perpetrating a scam through nonfungible tokens (NFTs) tied to a metaverse casino.

In a Wednesday announcement, the Alabama Securities Commission, Kentucky Department of Financial Institutions, New Jersey Bureau of Securities, Texas State Securities Board and Wisconsin Department of Financial Institutions alleged the Flamingo Casino Club has been “fraudulently soliciting NFTs” it claims are tied to ownership rights of a casino in the metaverse, thereby giving token holders a share of any profits. The organization has allegedly solicited investors directly through social media, recruiting influencers to promote NFT sales for the casino.

The state authorities also alleged the club began operating in Russia in March 2022 and made a “simply false” claim that it was partnered with the Flamingo Las Vegas, a brick and mortar casino whose namesake dates back to 1946. In addition, the enforcement actions accused the Flamingo Casino Club of “deception and fraud” for claiming partnerships with Yahoo and MarketWatch.

“Not only is it allegedly concealing its connection to Russia, but the Flamingo Casino Club is also allegedly using a phony office address, providing a telephone number that is not in service, concealing its actual physical location and hiding material information about its principals,” said the five state regulators. “Flamingo Casino Club is also accused of concealing other important information, such as its use of funds and material information about its negotiations for the purchase of land — which it claims to be buying from Snoop Dogg.”

CNBC reported on Wednesday that the “use of funds” included the Flamingo Casino Club donating a portion of the profits from NFT sales to war victims in Ukraine, a claim Texas State Securities Board enforcement director Joe Rotunda said was false. According to a filing from the Texas State Securities Board, the organization allegedly claimed the NFTs would give users “the right to participate in various drawings and lotteries” for prices such as Tesla vehicles, iPhones and cash.

According to its website, the Flamingo Casino Club began minting NFTs on April 12. At the time of publication, the site displayed artwork showing the Flamingo Las Vegas Hotel and Casino and said the project was in the process of “acquiring land for the Flamingo Club Casino.”