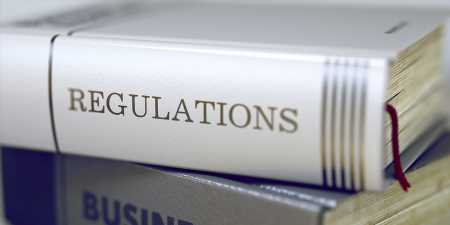 3 Reasons Why Ripple’s Brad Garlinghouse is Right about Regulation

The cryptocurrency market has had its ups and downs this past year, but it has also shown a tremendous degree of potential and perseverance through all the growing pains. Although the future looks bright, one major concern for many investors has been the movement toward increased regulatory oversight. It is no secret that whispers of planned regulation and government involvement have contributed greatly to the markets heightened volatility in recent months, but its investors are divided as to whether regulations will ultimately cause digital currencies to flourish or to falter over the long term.

Born in an unregulated environment, the cryptocurrency market has grown rapidly and frenetically to become the powerhouse it is today. Because of its unique origin, there is a popular belief within the community that regulatory requirements run contrary to the true nature of cryptocurrencies. Many Bitcoin aficionados and privacy coin enthusiasts distrust governments and banks, and are “banking” on the fact that digital assets will free them from the power and influence these entities have held for so long. And so, discussions about increased regulation have made many investors nervous about the market, and in turn caused significant price drops. For instance, reports of a newly-launched SEC cryptocurrency probe along with speculation about whether or not South Korea will strictly regulate cryptocurrency trading sent the market into a series of sustained tailspins in the first quartal of 2018.

Even though many investors stand firmly against regulation, there are those that believe regulations should be welcomed for their potential to take the cryptocurrency market to the next level. One figure in the community who has been outspoken about this unpopular take on the matter is Brad Garlinghouse, CEO of Ripple.

Ripple is a San Francisco based payment processing company that offers its own digital currency, XRP. The company is aiming to build an easier way to move money across borders using blockchain technology. Garlinghouse’s support of cryptocurrency regulations has been met with a high degree skepticism and criticism, however, his views on the matter are grounded in logic and pragmatism. Here are some reasons to support cryptocurrency regulations based on recent comments made by Garlinghouse:

“I think ultimately governments aren’t going away. In my lifetime, I don’t think that’s happening.”

Many hardcore cryptocurrency enthusiasts entered the market eager to take advantage of an asset class that would potentially eliminate government and bank involvement in their finances. While this romantic notion may have been enough to jumpstart the cryptocurrency age, it has become less and less realistic as the cryptocurrency market has grown. Simply put, there’s not a government in the world that’s willing to sit on their hands and let a total market cap of more than $400 billion go untouched. Governments are here to stay, and as long as they are, cryptocurrency regulations will continue to play a greater role in the market.

“Regulators aren’t going away – and shouldn’t. For generations, they have protected investors from fraud.”

As popular as cryptocurrencies have become, many are wary of the risks involved. The market will have a hard time reaching its full potential if it can’t part ways with its longstanding “Wild West” image. In other words, without regulatory safeguards in place to protect both individual and institutional investors from theft, fraud and crime, they will be hard-pressed to mature enough to reach mainstream acceptance. With new regulations will likely bring more stability, security and peace of mind for active investors, as well as a surge of new players looking to join the more established and steady market. This could be an incredibly positive development for everyone involved.

Yes, the cryptocurrency market might feel like a rollercoaster when regulations are put into effect (or even vaguely referenced), but the long-term benefits should outweigh the short-term price drops. New, well-thought-out regulations around the world could allow this market to evolve more rapidly, tamping down on the risks associated with sham ICOs, pump-and-dump groups and countless other malicious drivers behind rapid market swings. Clear-cut legislation and increased regulatory oversight will likely bring informed and experienced investors into the market, stabilizing much of the historic volatility and ushering in trillions of dollars in market cap.

According to Garlinghouse, “We’re still just getting started, we’re on mile 1 in a marathon.” Although he made this particular statement in reference to the strides Ripple has made over the past five years and its potential for the future, it also applies to cryptocurrency regulations and their impact on the digital asset market. Regulation could be the element that ultimately helps this market succeed. For now, experienced investors with an eye on massive profit potential are taking the long view as this market develops. They’ll roll with the punches and wait out the unnecessary panic that surrounds talk of regulations with long-term investment strategies like opening a Digital Currency IRA or simply “HODLing.”

For naysayers and proponents it’s important to seriously consider the long-term benefits of cryptocurrency regulations. No one knows what the future holds for this asset class, but its clear that government regulation will continue to play a significant role for the foreseeable future. Stay up to date on the latest news to understand how current and proposed cryptocurrency legislation might impact you, and be sure to adjust your investment strategies accordingly. Garlinghouse said the cryptocurrency revolution is going to happen from within the system, not the outside.