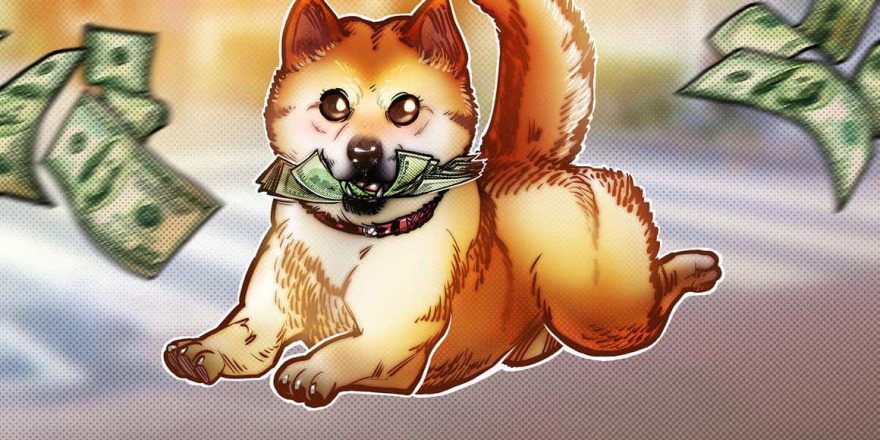 1 million Shiba Inu users can't be wrong… can they?

Shiba Inu (SHIB) has reached an adoption milestone by surpassing the 1 million holders mark — even though the memecoin is trading 50% below its all-time high.

News of the milestone and daily price increase has energized the Shiba Inu community since the official Shiba Inu Twitter account tweeted a shoutout late on Nov. 25.

Since the project reached this milestone, the price has jumped up 11.4% over the past 24 hours, with SHIB now trading at $0.00004237 according to Coingecko. There are 1,002,021 SHIB holders according to data from Etherscan.

Despite the recent price increase, SHIB is still trading well below its Oct. 28 peak of $0.00008190, possibly due to SHIB whales taking profits.

And South Korean exchange Korbit has been accepting deposits and SHIB was scheduled to start trading at 3AM UTC. This makes Korbit the first Korean exchange to list Shiba Inu.

Dogecoin (DOGE) is currently the only other memecoin available to trade on the four big exchanges that still operate legally in South Korea: Upbit, Bithumb, Coinone, and Korbit.

Korbit has the opportunity to list new tokens paired with the Korean Won (KRW) as it was one of the few exchanges in Korea to come into full compliance by Sept. 24 with new rules designed to combat money laundering.

DOGE is South Korea’s fifth-most traded crypto by trade volume. DOGE has been very popular in Korea since 2017 when the country was gripped by ICO fever and cryptocurrencies traded at a premium compared to global prices — known as the “Kim Chi Premium.” It remains to be seen whether the addition of more memecoins such as Shiba Inu could lead to another speculative frenzy.

SHIB is one of the most popular memecoins on the market today, behind only DOGE. Both are among the top 15 cryptocurrencies by market cap. Inspired by DOGE, SHIB itself has many copycat coins across several chains. In total, there are over 19 cryptos with ‘Shiba’ in their names.