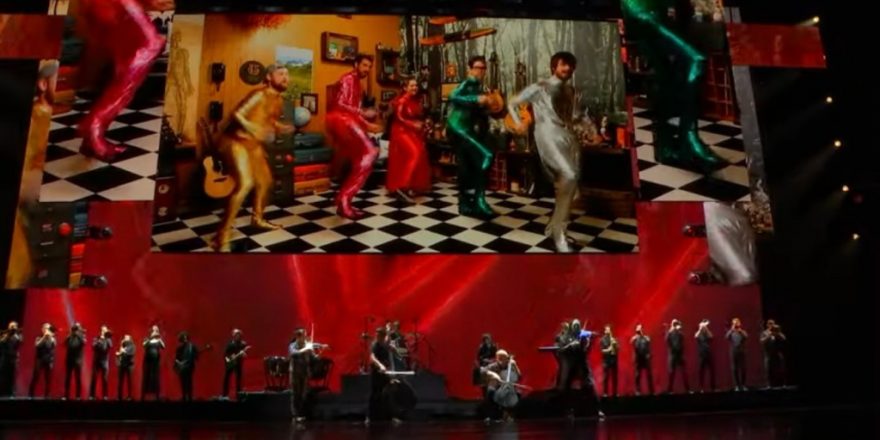 Video subsidiary YouTube, which has been on a tear in recent quarters, posted slower growth in the period. Ad revenue on the platform increased 14% to $6.87 billion. Comparisons suffered from strong direct-response advertising in the year-ago quarter, executives said.

CFO Ruth Porat, speaking to analysts on a conference call to discuss the results, said Russia’s invasion in Ukraine had an “outsized impact” on YouTube ads. Alphabet paused overall operations in Russia, as did a host of other U.S. companies, and many advertisers pulled back on YouTube ad spending, especially European companies. Asked about lingering impact in the quarter, she said it was “too early to comment” as hostilities have continued.

Revenue rose 23% to a bit more than $68 billion. Earnings per share fell to $24.62 from $26.29 in the year-earlier period, missing Wall Street analysts’ consensus forecast by more than a dollar. The top-line sales number also fell short of estimates.

Alphabet stock, which fell 3% during the regular trading day, drifted down almost another 5% after hours to around $2,263.10. It has recently fallen to its lowest point in nearly a year.

Pressed repeatedly by analysts about the state of YouTube, which faces a wave of new competitors like TikTok, executives repeatedly affirmed the strength of the video outlet. About 2 billion registered users log in every month and creators are uploading content at a record clip.

The management team also touted YouTube Shorts, the burgeoning short-form extension that has been ramping up over the last couple of years. Google has established a $100 million fund to reward the makers of the most-viewed shorts, an incentive program operating in more than 100 countries. About 40% of the total population of creators will get proceeds from the fund in 2021, according to Chief Business Officer Philipp Schindler.

Shorts, a direct competitor with TikTok, now draws 30 billion daily views. “We’re also testing ads on Shorts,” Schindler noted, “and campaigns are encouraged by the early results. … We’re very actively working on what monetization could look like in the future.”

A litmus test for advertiser appetite for YouTube overall will be next month’s annual Brandcast event. The elaborate pitch for media buyers has shifted into the main broadcast upfront week, scheduling the showcase at a Broadway theater in New York on May 17. It will be the first in-person Brandcast since 2019 as Covid restrictions continue to ease.

Justin Lin Exiting As Director Of ‘Fast X’ Days Into Production, Will Remain As Producer