Home » Business » Will Jet Manage To Fly This Year? 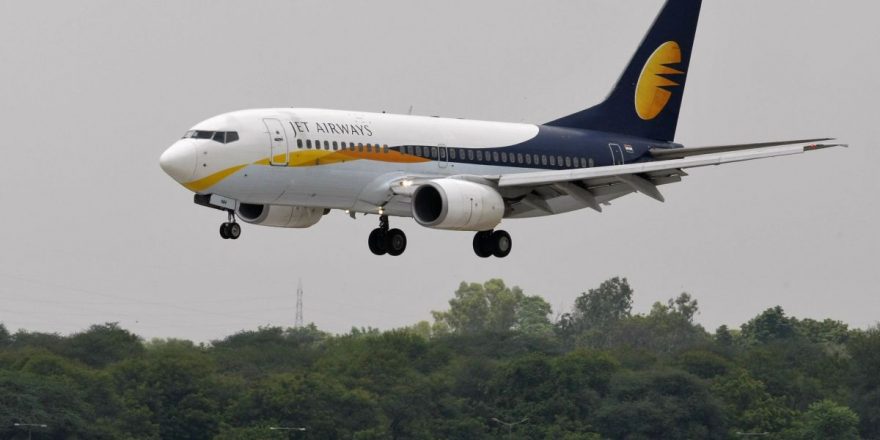 Will Jet Manage To Fly This Year?

If that happens, Jet Airways will be the first bankrupt airline which will be revived under the Insolvency process.

Back to the airline boardroom after almost two years, Sanjiv Kapoor now has a job which has no precedence — to take back Jet Airways, which has been grounded for three years now back to skies.

The airline shut operations in April 2019 after getting under a pile of debt and bankers refusal for any fresh funding.

Kapoor was the chief strategy and commercial officer at Vistara, and oversaw strategy, marketing, network planning and expects that the airline will have its first flight sometime during the third quarter of this year.

If that happens, Jet Airways will be the first bankrupt airline which will be revived under the Insolvency process.

“I have a lot of passion for the industry. I was very impressed by the vision and commitment of the promoters and getting an opportunity to bring a well-known brand back to life,” Kapoor said, who had led SpiceJet as its COO in 2014-2015 implementing innovative pricing and marketing strategies.

The new Jet Airways will be a full service carrier with smaller business class and a large economy class.

But Kapoor said that he was not looking at making economy class passengers pay for their meals.

“Economy doesn’t mean no frills. When I say that our economy class has to be competitive in the price point that other airlines operate, it doesn’t mean that we are becoming a no-frills carrier. What I mean is that we cannot have a cost structure which is not competitive. We cannot be a legacy full service carrier because that is a dying model but there are many ways to reduce the cost and yet not become no-frills…that is what we are focused on,” Kapoor said.

The airline is negotiating with lessors for acquiring aircraft from the secondary market.

“We will obviously be not starting with brand new aircraft directly from manufacturers due to the lead-time for delivery but there are choices, both new and not new aircraft, available with lessors,” he said.

Kapoor said that the airline doesn’t intend to start a sub brand for low cost products as the original Jet Airways had in the form of JetLite.

“We want to learn from our own past and also from others. We are clear that we are not going to confuse our customers,” Kapoor said.

However, the airline has still got a lot of work to do before it can start business.

The prospective new owners — the Jalan-Kalrock consortium — have sought from the insolvency court an additional 60 days to fulfill conditions that are required for implementation of the revival plan.

According to its conditions, the consortium had 270 days to fulfill conditions that are required for plan implementation. The 270-day limit ended on March 22.

While the consortium had petitioned aviation regulator DGCA to waiver off some steps for securing an air operator’s permit — including a proving flight to show that a system is in place to operate aircraft safely — DGCA said the airline will have to fulfil all steps of the licensing process as it is grounded for more than two years.

“In many respects it is like starting a new airline. It has been more than three years that Jet ceased operations. The ownership has changed. While we are reviving Jet, it is also time to try out new things but this is certain that we will not dilute the brand positioning that Jet Airways had,” Kapoor said.

Out of the 200 employees that the company currently has on roll, most of them are former employees of Jet Airways.

Kapoor said he will prefer to hire former Jet Airways employees if they fulfil all conditions.

However, even after resumption the airline will have to negotiate headwinds of increased competition at a time when fuel costs are at a record high.

Beside existing competition which includes market leader IndiGo and a resurgent Air India under the Tata group, the billionaire Rakesh Jhunjhunwala-backed Akasa Air plans to launch its first commercial flight around June.

“Fuel prices are a huge challenge, but we hope that the price will subside soon. It’s a difficult time to be flying but every airline is dealing with this problem. We believe that there is white space available for a new airline in India,” Kapoor said.

The consortium which is led by Uzbekistan-based businessman Murari Lal Jalan has proposed a total cash infusion of Rs 1,375 crore (Rs 13.75 billion).

Out of that Rs 475 crore (Rs 4.75 billion) that will be used for payment to stakeholders, including financial creditors.

“I don’t think there has been an airline which started with that much funding discounting sale and leaseback and vendor incentive,” Kapoor said, reassuring that there will be no problem of funding.