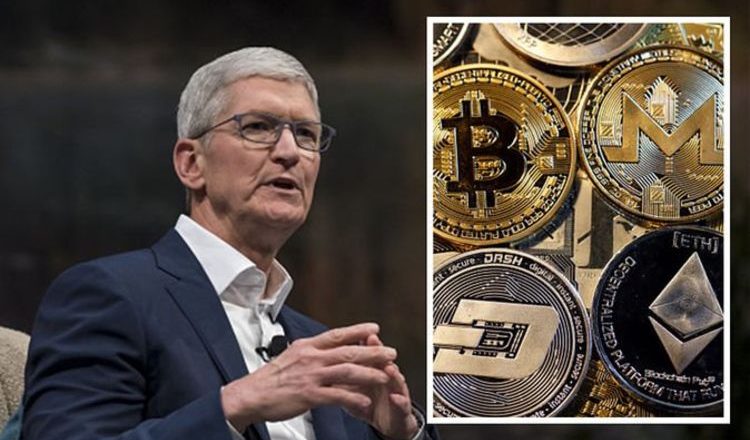 Speaking at the DealBook conference yesterday, the CEO, who took over from Steve Jobs in 2011, stated he owned cryptocurrency. He admitted he had an interest in the market, adding he had researched the topic. Mr Cook said he believed it was “reasonable” to own as “part of a diversified portfolio”, but stopped there.

The tech world is currently leading the way towards normalising cryptocurrency payments, with several organisations either integrating the option or working their way towards it.

Apple, on the other hand, seems less willing to embrace the market just yet.

Mr Cook stressed his venture into cryptocurrency came from a “personal point of view”.

Allowing cryptocurrency payments was not “something we have immediate plans to do”, he said.

In the same breath, he dismissed suggestions his company would eventually accept tokens for products.

The reason his company is not following others, he said, is because of investors.

He explained he didn’t think people who buy Apple stock “get exposure to crypto”.

Experts believe there would be a good reason for Mr Cook to lead by example.

Freddie Evans, a sales trader at UK-based digital asset broker GlobalBlock, said the CEO could ignite interest among people yet to dip their toes into the crypto market.

He added: “With Apple’s strong base of loyalists, it might sway many to explore the crypto space.”

But he added the recent development would not stop momentum within the market.

He said it was “certainly helping underpin the recent strength in digital asset markets”.

Apple as a company has, so far, has not proven entirely against the concept of cryptocurrency.

While it doesn’t support tokens on its payment services, it does allow some apps on the iPhone App Store.

People can download wallet apps via the service, but Apple draws the line at those used for mining.