Home » Business » Why LIC IPO is unlikely this fiscal

Why LIC IPO is unlikely this fiscal

A lot of work is needed to be done on the part of the insurance sector behemoth, and the government, before it is ready for its market debut. 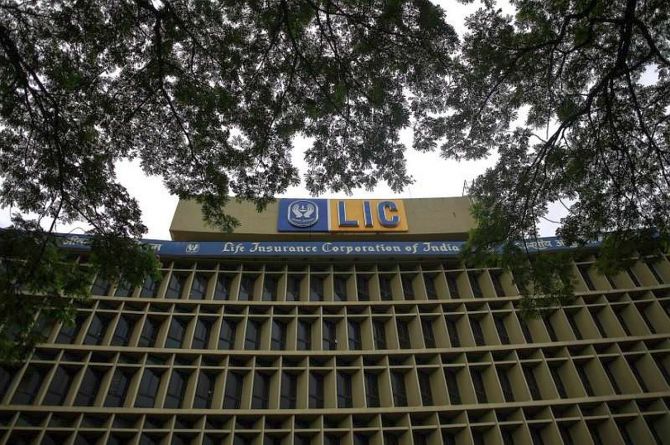 The much-awaited initial public offering (IPO) of Life Insurance Corporation of India (LIC) is unlikely to happen this financial year, primarily due to an expected delay in the valuation process.

There is a growing realisation in the government and LIC about this.

“The appointment of the asset valuer, which is perhaps the most crucial part of the pre-IPO process, is still pending.

“Even if one is appointed now, it may take six to eight months for the valuation to be done, given huge land assets of the state-owned insurer,” said a senior government official privy to the development.

Policymakers in the government were well aware that while the highly ambitious divestment target of Rs 2.1 trillion for 2020-21 might not be met owing to the economic slowdown, worsened by the Covid-19 pandemic, they were still keen on carrying out a few big-ticket stake sales as a show of intent.

The planned IPO of LIC was part of this plan.

But with the first half of the year almost over, time may not be on the government’s side.

A lot of work is needed to be done on the part of the insurance sector behemoth, and the government, before it is ready for its market debut.

“The valuation of business assets of a company like LIC can be done within a short window.

“However, the valuation of physical assets is a much longer process,” said another government official.

“The appointment of an asset valuer could still be some months away.”

It is yet to issue requests for proposal (RFPs) for asset valuers and legal advisors.

The asset valuer will determine the embedded value of the company based on the parameters like product, assets, investments, land bank, and so on.

The government also has to make certain amendments to the LIC Act, 1956, to facilitate the IPO.

While the plan is to table the amendments during the ongoing monsoon session of Parliament, it remains to be seen if that could be done, given the curtailed session is packed with legislative agenda.

“The IPO is not possible without certain legal amendments.

“There are six proposed amendments to the LIC Act, including the Section which explains that LIC is a statutory body that needs to be redefined as a company under the provisions of the Companies Act,” said another official in the finance ministry.

Other Sections that require amendments deal with board composition and restructuring, profit sharing with shareholders, dividend distribution, issued capital, expansion of paid-up capital, and reserve funds.

In late August, the finance ministry’s Department of Financial Services, had sought inputs and comments from all financial regulators on the draft note for a stake sale in LIC.

The draft note was shared with the Securities and Exchange Board of India (Sebi), Reserve Bank of India, Insurance Regulatory and Development Authority of India, and others. They were given 15 days to respond.

The draft said the government would cut its stake to 75 per cent from the existing 100 per cent in the insurer.

However, this will be done in one or more tranches, in line with Sebi’s directive.

According to it, the minimum shareholding should be at least 25 per cent within three years of listing.

Additionally, LIC is also planning to retain a stake in IDBI and LIC Housing Finance.

Of the Rs 2.1 trillion divestment target, the Centre was expecting to garner Rs 90,000 crore from the listing of LIC and stake dilution in IDBI.

In January 2019, LIC picked up 51 per cent stake in IDBI Bank, making it the majority shareholder of the lender.

The IRDAI regulations bar an insurance company from holding more than 15 per cent in any listed entity.

However, Irdai has given some exemptions to LIC in regard to its holding in IDBI bank.