Home » Business » What It Costs to Retire Comfortably in Every State 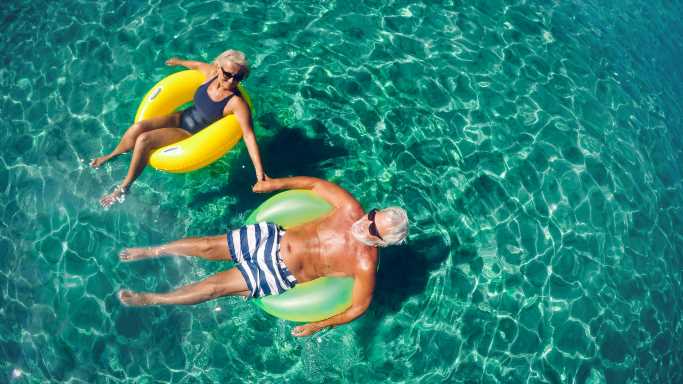 What It Costs to Retire Comfortably in Every State

The Social Security Administration announced recently that it would not be able to pay full benefits beginning in 2034, a full year earlier than had been anticipated before the pandemic. This could leave many older Americans without the financial safety net they had been counting on.

The average Social Security benefit was just over $1,500 per month in January of 2021 — not nearly enough to live on for most retirees. The average American needs an estimated $1,078,777 to retire comfortably at age 65, though this figure can vary by hundreds of thousands of dollars from state to state.

To determine what it costs to retire comfortably in every state, 24/7 Wall St. calculated the amount of money the average retiree needs for the rest of his or her life using data from the Bureau of Labor Statistics, Bureau of Economic Analysis, and the Institute for Health Metrics and Evaluation. The calculation was based on the cost of living and life expectancy at 65 in each state.

The most and least expensive states to retire tend to cluster in certain areas. All 20 of the states in which someone can expect to comfortably retire on less than $975,000 are either located in the South or Midwest. In each of these states, the costs of goods, services, and housing are all below the average costs nationwide.

Conversely, 12 of the 13 most expensive states to retire are in the West and Northeast, where the cost of living tends to be much higher. Retirement also tends to be more expensive in these areas because older residents in these regions have much longer life expectancies compared to other areas. These are the states where people live the longest.