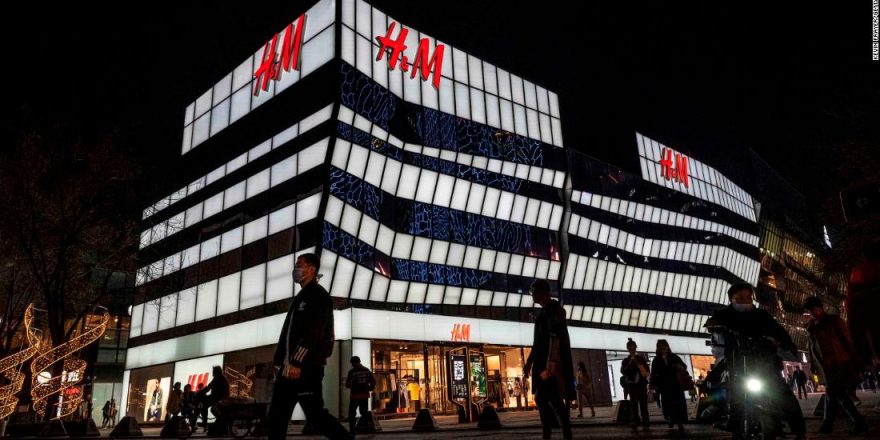 (CNN Business)Companies that want to do business in China have long made compromises in the pursuit of success. Now an escalating diplomatic dispute over human rights is underscoring the stark choice facing Western executives: put profit or principles first.

The strains over Xinjiang — where US, EU and UK authorities have accused the Chinese government of repressing Uyghurs and other minority groups through forced labor, mass detention and sterilization — has ensnared a growing number of businesses and trade relationships in recent months.
Beijing has vehemently denied all the allegations, and says its camps in the region are “vocational training centers” designed to combat terrorism and religious extremism. But last week, a landmark investment deal between the European Union and China was cast into doubt after officials traded sanctions over Xinjiang.

Days later, H&M (HNNMY), Nike (NKE), Adidas (ADDDF) and other Western retailers were threatened with a boycott in China because of the stand they had taken against the alleged use of forced labor to produce cotton in Xinjiang. H&M (HNNMY) was even dropped by major Chinese e-commerce stores. 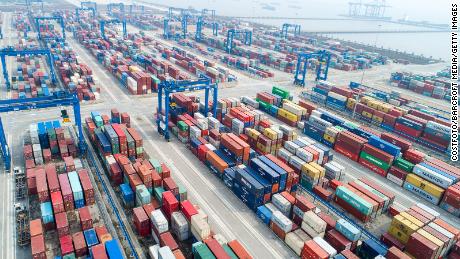 “We are working together with our colleagues in China to do everything we can to manage the current challenges and find a way forward,” H&M said in a statement Wednesday.

Beijing has made it clear that multinational corporations have to follow its rules if they wish to operate in the country, and gaining favor can require anything from abiding by restrictive regulations to saying a few good words about China. Many companies have traditionally been willing to play along, given how enticing the giant economy is as a market for everything from cars and clothes to movies and luxury goods.
But the escalating political blowback may make some of those relationships untenable. Just as China has whipped its citizens into a nationalist frenzy over Xinjiang, customers, lawmakers and investors are stepping up the pressure on Western companies to scrutinize their supply chains for evidence of human rights abuses. That’s making it hard for companies to avoid picking sides.
“These companies are just squeezed in the middle and there is no magic answer,” said James McGregor, chairman of consulting firm APCO Worldwide’s greater China division. “I think China’s feeling really threatened by all of these sanctions, and has decided just to hit back as strongly as they can to try to get these companies to influence their governments to kind of tone down and back off.” 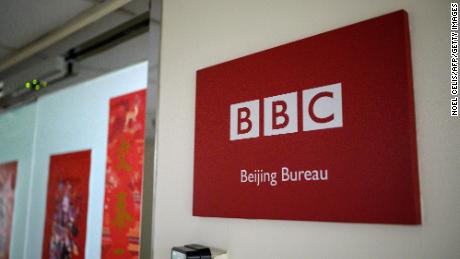 Foreign companies cannot simply ignore the world’s second largest economy. Its growing middle class is a rich consumer market for many firms.
“Accessing the internal market in China has always been the draw,” said Bonnie Glaser, a senior adviser for Asia and the director of the China Power Project at the Center for Strategic and International Studies. “Years ago, when companies first started coming to China — even if they weren’t making money for a number of years — they stayed because eventually the people are going to have more money and going to be able to spend.”
But breaking into China also means winning over notoriously strict regulators who wield vast control over who gets to enter and what they get to do.
International firms are often forced to concede certain aspects of their business before they’re allowed access to the market, including through joint ventures established with local partners. While some rules have been eased in recent years, they’re still a source of tension for companies who complain that such arrangements force them to give up technology in exchange for entry.
Other companies have been locked out altogether because of a refusal to adhere to rules. Google (GOOGL), for example, offered search in China from 2006 to 2010 with censored results, but was eventually blocked when the company decided it would end that practice. Several years later, it considered returning to China, but was heavily criticized by human rights groups wary of the ruling Chinese Communist Party’s vast censorship apparatus. 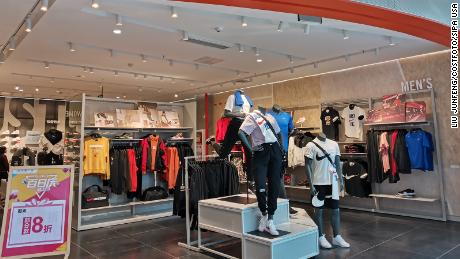 Those who win access to China, meanwhile, can sometimes find themselves thrust into controversy, to damaging effect. In 2017, several stores owned by South Korea’s Lotte were shut down across China after the conglomerate became embroiled in the deployment of a controversial US missile defense system in its home country. China had bitterly opposed South Korea’s decision to deploy the system, which it saw as a threat to its own security.
The following year, the Chinese government demanded that American Airlines (AAL), Delta (DAL) and United (UAL) change the way they referred to Taiwan or risk sanctions in China, one of the world’s biggest markets for air travel. Beijing has long been sensitive about any suggestion that Taiwan is not a part of its territory, though the island has been governed separately for decades.
And in 2019, the NBA became entangled in its own battle with Beijing after sports executive Daryl Morey, who was serving as general manager of the Houston Rockets, tweeted support for pro-democracy protesters in Hong Kong. Chinese state television network CCTV pulled NBA games, while all of the league’s official Chinese partners suspended ties. 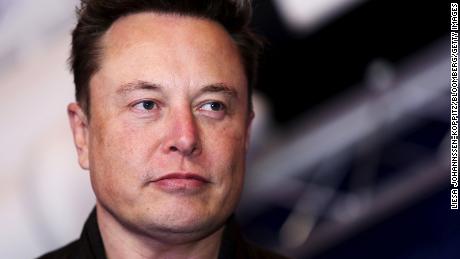 Even companies that enjoy a relatively strong relationship with Chinese officials aren’t immune. Tesla (TSLA) — which has enjoyed special treatment from Beijing — was recently caught on the back foot by questions about the quality of its Shanghai-made Model 3s and whether its car cameras could be used for spying. A few days later, CEO Elon Musk lavished praise on China in an interview with state media.
“Businesses already are forced to pick sides, and they try really hard not to have to do that publicly,” said Isaac Stone Fish, founder and CEO of Strategy Risks, a research firm focused on corporate risk in China. He pointed to the NBA as the “most notorious example of that spilling out into the public.”
“They’re trying to balance between their most important market and their most important growth market, and sometimes they make ethical sacrifices,” Fish added.

The deck is stacked

Foreign businesses are almost always at a disadvantage when it comes to dealing with China.
“The Chinese have huge economic leverage,” Glaser said. “They always do this in ways that they are harming a particular sector or industry or particular company, but where China pays no cost.”
She pointed to the country’s tensions with Australia, where exports of wine, beef, timber and other goods to China have been hurt by steep tariffs or other obstacles. Australian industries key to China’s economic recovery, such as iron ore, have escaped meaningful punishment. 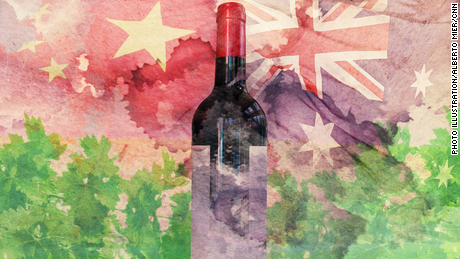 China’s strategy here is to “kill the chicken to scare the monkey,” Glaser said, using a popular Chinese idiom. “They know full well the other countries are watching what’s going on.”
Companies also appear to be learning that they can’t always act in a vacuum when it comes to China — their statements to Beijing and Chinese consumers now often gain traction with other audiences.
The NBA, for example, didn’t just anger Chinese audiences when it attempted to explain the remarks from the Houston Rockets’ Morey about Hong Kong. A lukewarm response from NBA Commissioner Adam Silver that supported Morey “in terms of his ability to exercise his freedom of expression” didn’t just infuriate Chinese audiences; US politicians criticized the organization for not taking a strong enough stand.
And investors worldwide are also starting to pile the pressure on companies they believe aren’t doing enough to address alleged human rights abuses. Earlier this week, the Interfaith Center on Corporate Responsibility -— a shareholder advocacy group focused on environmental, social and governance issues — told Reuters that it was reaching out to dozens of companies for information about their supply chains and whether they could at all be linked to Xinjiang. 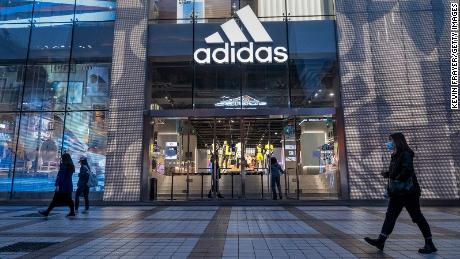 The Xinjiang issue has made it even more difficult to please everyone at home and in China.
Many global brands, including Nike and Adidas, faced enormous pressure last summer from activists to ensure that their supply chains are free of ties to Xinjiang. China is now using the statements they released around that time against them.
“They feel like they again placated the folks back home. Now all the sudden they have a crisis in China,” Glaser said of the trouble facing such brands.
H&M products were pulled from Chinese e-commerce websites run by Alibaba (BABA) and JD.com (JD) as the backlash gained traction last week, though apparel giants Nike and Adidas appeared to escape such dramatic measures. McGregor, the APCO Worldwide chairman, suspected that China’s deep relationship with those brands might have saved them.
Nike and Adidas advertising dollars “are very big for Chinese sports,” he said. “There’s Chinese organizations that are very dependent on money from Nike and Adidas and the other sports brands, whereas H&M is just a retailer selling into the market.” 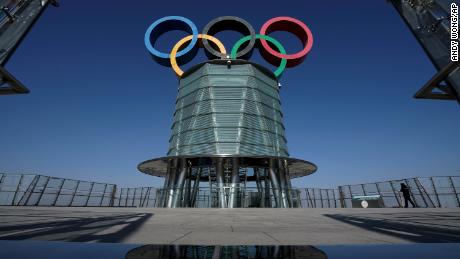 Still, the tensions may only grow more severe in the coming months: Beijing is scheduled to host the 2022 Winter Olympics, and dozens of campaign groups have already begun calling for a boycott.
McGregor said that China may be conscious of upsetting the world too much ahead of that time. After all, if tensions come to a boil then the country risks tarnishing its reputation on a massive stage. But that still leaves many companies in a tough spot.

“Most of them are just trying to keep their heads down and get through it right now,” he said.
H&M’s comments on Wednesday, released days after it was swept up in the Chinese boycott, may be indicative of that pressure. The nearly 300-word statement is vague and carefully worded, and stays well clear of saying anything definitive on the enormously controversial issue that landed it in hot water to begin with.
Source: Read Full Article