EXCLUSIVE: WarnerMedia has revamped its content innovation hub WarnerMedia OneFifty, relaunching a redesigned platform focused on highlighting new content and projects from underrepresented creators. The new site features a bulked up content acquisitions and projects slate, including its recent acquisition of Tomer Shushan’s White Eye, which has just been nominated for the Live Action Short Form Oscar.

The platform aims to highlight and invest in out-of-the-box ideas from creators with unique voices who will develop content across the spectrum spanning features, series, digital, animation, documentary, interactive, VR/AR, music, transmedia, experimental, immersive and more.

“WarnerMedia OneFifty discovers nontraditional content sources by leaning into the surrounding cultural landscape and collaborating with a collection of curated storytellers to shape projects highlighting what’s next in creativity and innovation,” said Axel Caballero, head of WarnerMedia OneFifty. “Stories are developed differently by taking smart, daring creative risks and making small, astute investments in original projects with the goal of elevating great content within all of WarnerMedia and across the industry.”

New feature on the site include “150 Origin Story,” where creators relay how their projects evolved; a list of “Co-Conspirators,” who serve as sources for content and artists; and the Content section, where projects, stories, and artists are showcased. The mix is designed to reimagine the content development process, while serving as a complement to WarnerMedia and its brands. (Check out the site here.) 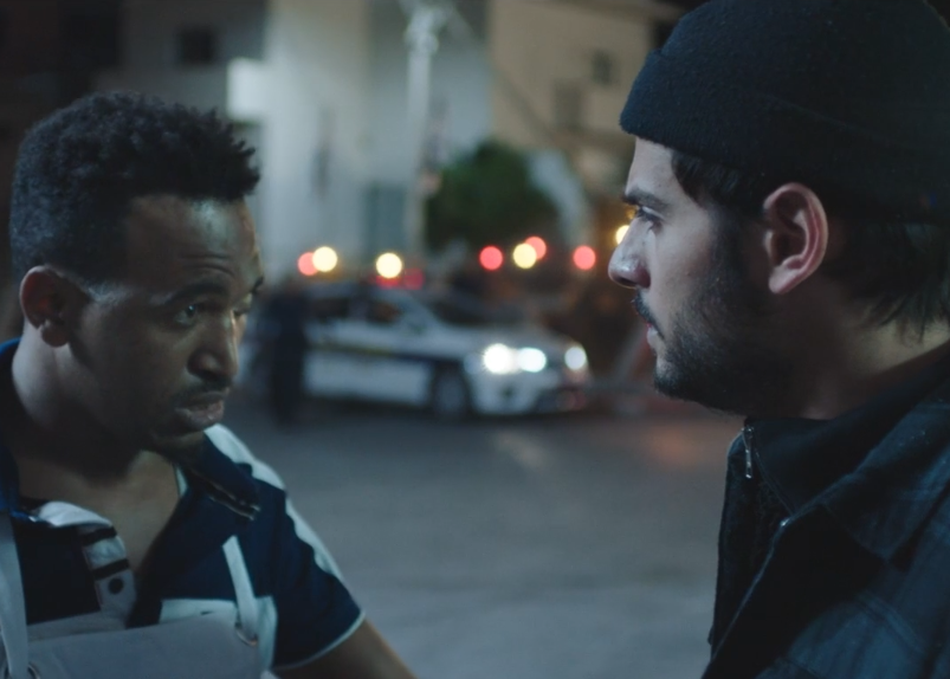 White Eye is a good case study of what OneFifty (the title of the platform has its own origin story, referring to the $150 brothers Sam and Albert Warner invested to essentially start their now-iconic film studio) is about. The film, shot in one take, revolved around a young Tel Aviv man who accuses an African worker of stealing his bike, but soon discovers the truth is more complicated. The pic won an award at SXSW in 2020, and WarnerMedia acquired it later that year out of the Urbanworld Film Festival, where it won Best Narrative Short. It will now premiere on HBO Max later this month.

The move came as Urbanworld is a OneFifty industry partner along with production companies such as Color Farm Media, led by Erika Alexander and Ben Arnon; podcasts such as Latino Rebels; and arts and culture organizations such as MoCADA, The Moth, Blackstar and New Orleans Film Society.

Here are some of the other projects now on the platform, with more to be added, WarnerMedia said.

Darween is a fun adult buddy cop series set in the crime- and drug-infested streets of Florida in the late 1980s. Produced by Daryl Sledge and starring Jeremy Sisto, this animated series is inspired by “odd couple-type” pairings seen in the television shows Miami Vice and Invader Zim.

Something in The Trees by Alfonso Johnson

A short documentary that examines the circumstances surrounding the death of Dominique Alexander, a 27-year-old Bronx native who was found hanging from a tree in the summer of 2020.

A ground-breaking anthology TV series based on real unsent messages, letters, texts, and emails shared on stage at the Unsent live storytelling show.

Inspired by the graphic novel of the same name, this series explores robot lovers, lonely carnivals, longings to be astronauts, and other tales of young adulthood, and the search for connection.

The Extra-Ordinaries by Diego Salazar Castro

An animated comedy series for kids featuring an out-of-the-box retelling of the migrant story.

The Readings by Patricia McGregor

As an innovative way to engage theater lovers, Hollywood and Broadway actors gather on a digital stage to ‘read’ masterpieces.

KODI the Coder by JR Allen and Mattox Gardner

An animated adventure series that introduces the audience to computer programming and S.T.E.M. concepts through storytelling and innovative connectivity.

And Crown Thy Good by Hannah Park

After a man who believes in nothing — least of all himself — gets in a near-fatal car accident that puts his young daughter in a coma, his family’s ongoing unraveling is complete.

A comical dinner between two generations leads to a tense, emotional rollercoaster.

In the year 2040, a mathematical Black genius creates an algorithm that could change the course of humanity, which leads her to question whether she is even human.

Music, art and skateboarding will factor heavily in this half-hour dramedy series, along with the supernatural qualities that will be used to transport a young Brooklyn boy between this world and the next.

The Other Names by Muta’Ali

A single-to-camera testimonial given by the parents of a victim of deadly police brutality provides the plot of each short in this series. Artwork serves as connective tissue across various accounts and recollections.

The Right Recipe by Tracey Baker-Simmons

People looking to form new relationships showcase their culinary skills during their initial encounter, while introducing audiences to new cuisine, cultures and ways to connect.