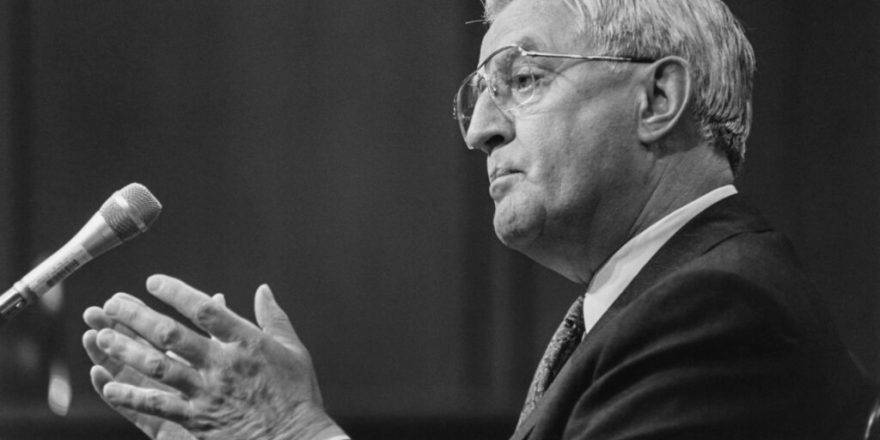 Walter Mondale, who helped to transform the role of the vice president to trusted presidential adviser during Jimmy Carter’s one-term presidency yet suffered a crushing political defeat as the Democratic nominee for president against incumbent Ronald Reagan in 1984, has died.

Mondale, often called by his nickname “Fritz,” was 93. His family announced his death in a statement, but no cause was given, according to the Associated Press.
“Today I mourn the passing of my dear friend Walter Mondale, who I consider the best vice president in our country’s history,” Carter said in a statement. “During our administration, Fritz used his political skill and personal integrity to transform the vice presidency into a dynamic, policy-driving force that had never been seen before and still exists today.”

Exemplifying an Upper Midwest modesty and Norwegian good humor, Mondale nevertheless was among the powerful and prominent group of Minnesota politicians on the national stage in the 1960s and ’70s, who also included fellow senators Hubert Humphrey and Eugene McCarthy.

In 1976, Democratic presidential nominee Carter tapped Mondale, then in his second term as U.S. senator, to be his running mate against incumbent Gerald Ford. His selection was more as a geographic counterweight to Carter, from Georgia, than an ideological one. Both were regarded as centrists and of the same generation.

The ticket defeated Ford — who had taken when Richard Nixon resigned over Watergate in August 1974 — and his running mate, Bob Dole, and came into office with the promise of restoring truth and integrity to politics following Watergate.

Mondale created a much different role as vice president than many of his predecessors, who typically were marginalized and left out of the commander in chief’s inner circle. 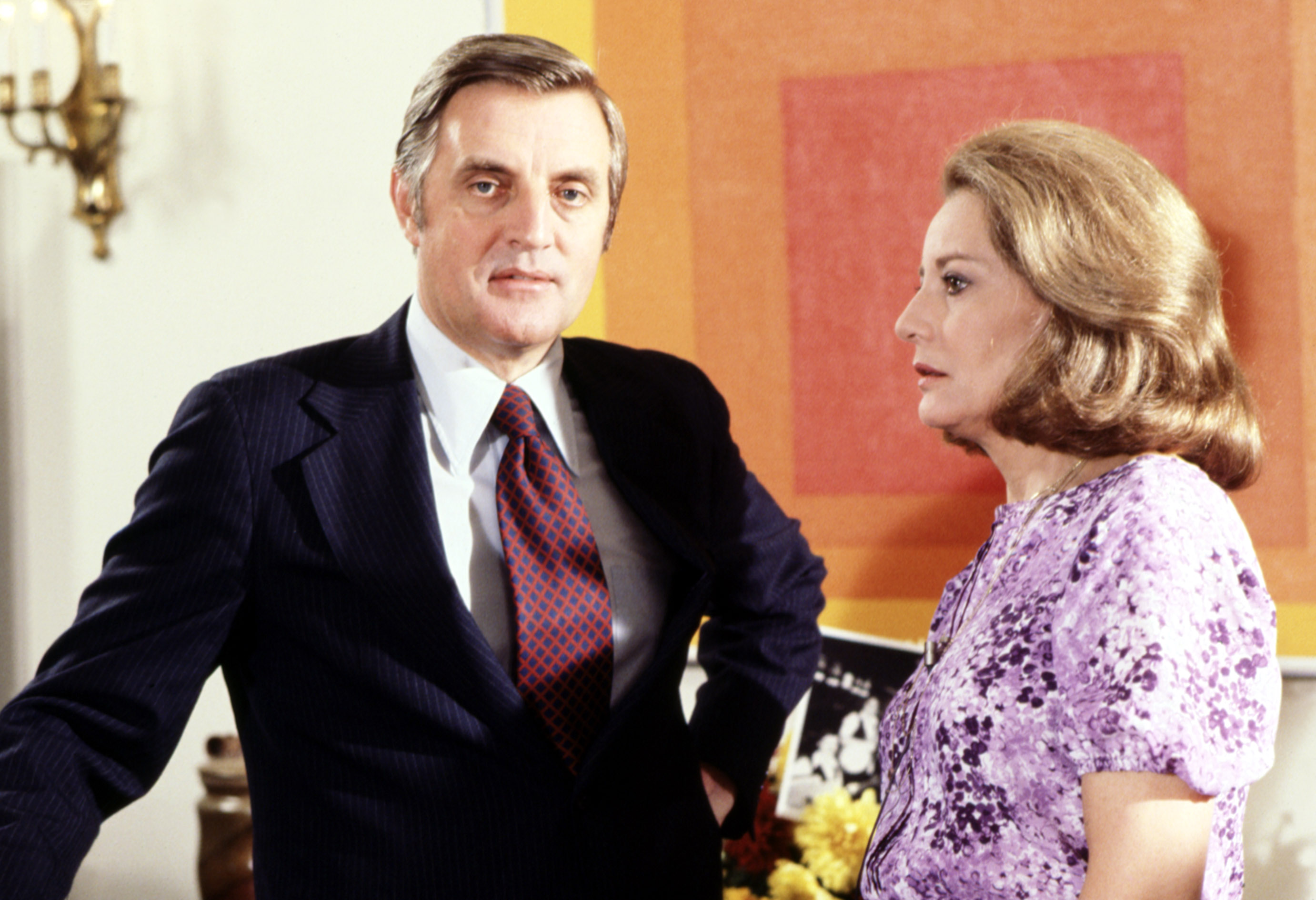 About a month after the election, Mondale wrote a memo to Carter in which he said that the Vice President generally “has performed a role characterized by ambiguity, disappointment, even antagonism.” Mondale need only look to the experience of Humphrey, his political mentor, for his experience as Vice President during the presidency of Lyndon Johnson.

What Mondale proposed was a role as a “general advisor,” with access to intelligence briefings, participation in key meetings, and regular weekly meetings with the president, among other things. He also pitched the role of the Vice President as one of troubleshooter, taking on investigative projects and helping to settle disputes between executive branch departments.Carter took to the idea and even gave Mondale a West Wing office, establishing the relationship that vice presidents have enjoyed during administrations since then.

But Carter quickly ran up against the realities of Washington, as his administration got into rifts with Congress, even with its sizable Democratic majorities. Carter’s signature foreign policy success — a peace agreement between Israel and Egypt — was eclipsed by the Iran hostage crisis. By 1980, Carter faced a challenge from the left from Edward Kennedy, creating a serious divide in the party, while Republicans were coalescing around charismatic former actor and former California governor Ronald Reagan. Carter also faced a sputtering economy, producing what has been called stagflation, or a period of low growth but rising prices.

After the Carter was soundly defeated that fall, Mondale quickly emerged as a front runner for the Democratic nomination four years later.
Then, Mondale faced a formidable field of rivals, including John Glenn and Jesse Jackson, but his most serious challenge came from Gary Hart, a relatively new face who presented him as the forward-thinking, new idea candidate, winning a stunning upset in the New Hampshire primary. Mondale, backed by much of the party establishment, survived the challenge, using the slogan from Wendy’s fast food chain to attack Hart’s lack of policy specifics: “Where’s the beef?”

Facing a November race against a popular president, Mondale decided to make history with his choice of a running mate: Geraldine Ferraro, then serving in the House of Representatives, the first woman to be on a major party ticket.

But Mondale and Ferraro struggled to make a dent in Reagan’s polling lead, as the incumbent president’s campaign presented a sunny vision, dubbed “Morning in America,” while Mondale focused on the expanding deficit, the nuclear arms race and, at the Democratic convention, the need to raise taxes. “Mr. Reagan will raise taxes, and so will I. He won’t tell you. I just did.”

Mondale was trounced in the election, winning only the state of Minnesota and the District of Columbia, in what was the worst defeat ever for a Democratic presidential candidate.

“He was selling ‘Morning in America,’ and I was selling a root canal,” Mondale later wrote in his memoirs.

He told the Star Tribune in 2019 that in the aftermath of the loss,, “I had a stack of books next to my bed and I’d read sometimes all night because I couldn’t sleep, and Joan used to get mad at me and I said, ‘you know, I think this is the best way to do it.’ Then finally I was only reading half the night, and then a third of the night,” he says. “But it took me some time to be normal. I mean, it hurt.”

Decades later, though, he pointed to the choice of Ferraro as one of his legacies, perhaps clearing the way for other female candidates to run for national office.

After going into private practice in Minneapolis, Mondale largely receded from the national stage. He served as U.S. ambassador to Japan under the administration of Bill Clinton.

He at times considered trying for a return to the Senate, taking a page from Humphrey, who returned to the Senate after his vice presidential tenure. After Senator Paul Wellstone was killed in a plane crash in 2002, just weeks before the election, Mondale agreed to run for his seat. But he lost narrowly to Norm Coleman, the mayor of St. Paul.

Mondale was born in the small southern Minnesota community of Elmore on Jan. 5, 1928. After graduating from the University of Minnesota with a degree in political science, he served in the U.S. Army for two years. He went on to get a law degree from the U of M, and then went into private practice.

During the period he got active in working on political campaigns, including that of Minnesota’s governor, Orville Freeman, who in 1960 appointed him to be the state’s attorney general. Four years later, Mondale was appointed to fill the seat vacated by Humphrey when he became Vice President, and was elected to the seat in 1966. He easily beat his opponent for reelection in 1972 in an otherwise landslide year in the presidential race, as Richard Nixon won the state.

Into his 90s, Mondale continued to work at a downtown Minneapolis law firm and keep an active schedule, serving as a kind of elder statesman for current politicians. In 2018, he attended the swearing in ceremony for Tina Smith when she was appointed to fill Al Franken’s seat, and he endorsed the state’s other senator, Amy Klobuchar, when she ran for president in 2000.