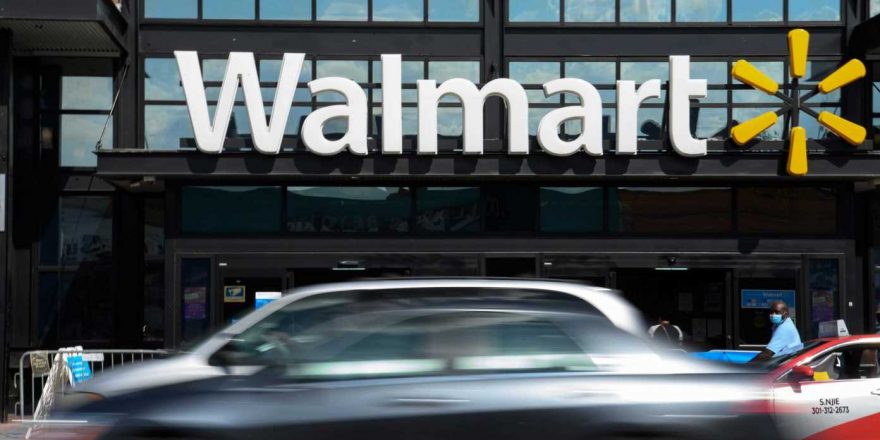 Walmart says rising number of women, people of color are in leadership roles

Walmart said Monday that it has rising representation of women and people of color in officer roles — a sign that the company says reflects steps it is taking to better reflect the country's diversity among its top leadership.

The big-box retailer is the largest U.S. employer with a workforce of about 1.53 million people. It published its annual diversity and inclusion report on Monday.

Nearly 75% of Walmart employees in officer roles are white. About 25% of those roles are held by people of color — including 8.42% held by Black or African-American employees, as of Jan. 31, 2021. The officer level is the highest level of the company and includes positions of vice president and above.

Walmart's representation of women and of people of color at the officer level rose 1.03% and 0.61%, respectively, over the past year, according to the report. The increase in people of color was driven by a nearly 2% increase in Black and African American officers, the company said.

Walmart, like other companies across corporate America, has faced heightened pressure to show that it is advancing racial equity with how it hires, promotes and does business — particularly after the pandemic and the murder of George Floyd illuminated how sharp disparities in health care access, financial opportunity and treatment by police can be deadly.

The retailer made several diversity-related commitments in the wake of the George Floyd protests. Among them, the company said it would focus on making its own workforce more diverse, give progress updates twice a year and contribute $100 million over five years to help fight systemic racism. Walmart and its foundation gave the first round of grants in February.

Walmart's Chief Culture, Diversity and Inclusion Officer Ben-Saba Hasan said in an interview that the company has focused on hiring and promoting women and people of color by enlisting support across the board, rather than having efforts largely begin and end in his department. Of Walmart's total new hires in 2020, people of color made up 55% and women represented just shy of 50%, he said.

Hasan said he has gotten about 40 or 50 calls from chief diversity officers over the past 14 months — a noticeably higher volume than in the past. He said many of those executives are stepping into a brand-new role created by their companies.

And, he said he has noticed more energy devoted to the effort at Walmart compared with his nearly 13 prior years at the company.

"As I think back about the past year sitting in this job, I feel what is almost this unthinkable set of challenges that has forced our nation to look directly in the face of social systems that have created inequities for many of us," he said. "And I think people are seeing it through a different eye."