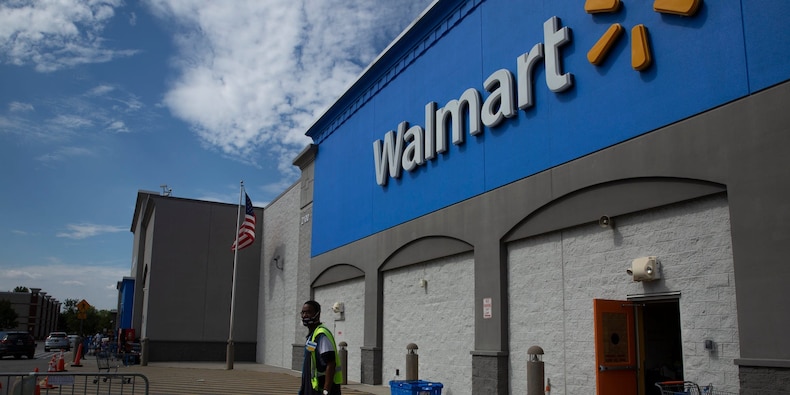 Walmart stock climbed as much as 4% on Tuesday after the company reported strong quarterly sales growth and boosted its profit outlook in its first-quarter earnings release.

"This was a strong quarter. Every segment performed well, and we're encouraged by traffic and grocery market share trends," Doug McMillon, President and CEO of Walmart, said in the company's earnings release.

"Our optimism is higher than it was at the beginning of the year. In the U.S., customers clearly want to get out and shop," he added.

"We have a strong position as our store environment improves and eCommerce continues to grow. Stimulus in the U.S. had an impact, and the second half has more uncertainty than a typical year. We anticipate continued pent-up demand throughout 2021," McMillon said.

Comparable sales for US-based Walmart stores increased 6%, excluding fuel, in the first quarter compared to an expected 2% gain from analysts, per data compiled by Bloomberg.

International sales did fall 8.7% year-over-year after the sale of the British and Japanese supermarket chains Asda and Seiyu, but same-store sales for Walmart's subsidiary, Sam's Club, jumped 7.2% in the first quarter, excluding fuel and e-commerce sales were a particularly bright spot for Walmart.

The e-commerce segment saw sales soar 37% in the first quarter, which lead the company to increase its earning per share expectations for this year by a "high single-digits" percentage.

Walmart believes this new e-commerce focused strategy will help it compete with Amazon and others over the long term and so far, the results have been solid. 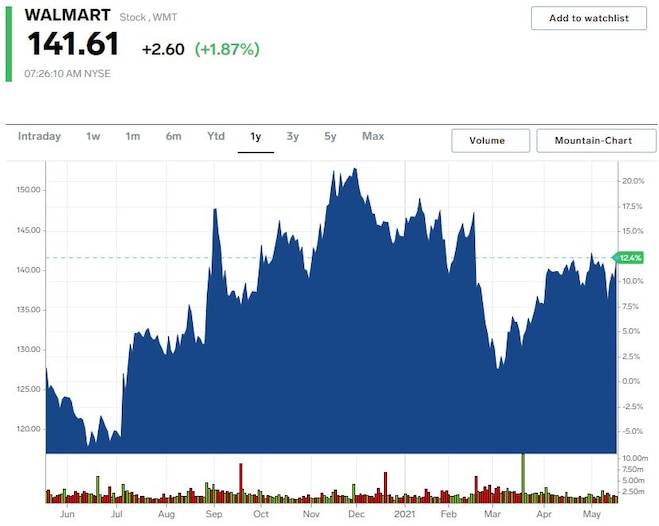