Home » Business » Wall Street job cuts are back — here's the latest on what Goldman, Citi and other banks are doing

Wall Street job cuts are back — here's the latest on what Goldman, Citi and other banks are doing

After previously vowing to hold off on layoffs during the pandemic, some of the biggest global banks have been reversing course and announcing job cuts.

When the pandemic first started to upend global markets and trigger furloughs and layoffs across industries earlier this year, millions of people suddenly found themselves out of work. But some bank executives reassured staff that they'd postpone their standard annual cuts and restructuring.

Goldman Sachs CEO David Solomon told Bloomberg TV in June that his firm had abstained from 2020 job cuts "because it hasn't been appropriate."

Read more: Here's who's most at risk once Wall Street kicks off the tidal wave of layoffs many banks had put on pause

And in August remarks, Noel Quinn, HSBC's CEO, said that "it would have been wrong to proceed with job losses at a time of significant stress for our people and communities" during the first few months of the pandemic, but that the bank had resumed cost-cutting as of the summer.

"Many countries have slowed the spread of the virus and are emerging from lockdown," he said, "and we have adapted to new ways of working."

"I therefore decided in June to lift the pause on redundancies," he added.

HSBC is not alone in pivoting back to cost-cutting. In recent weeks other firms have decided to once again proceed with cost-saving plans: Giants like Goldman, JPMorgan Chase, Deutsche Bank, and Wells Fargo have all moved forward with cuts.

Meanwhile, the global economy has yet to regain much of the strength that it lost earlier this year. The International Monetary Fund has predicted a sharp contraction in global economic growth by nearly 5% for the year, and jobs numbers in the US illustrate the deep malaise that is underpinning recovery efforts.

The Bureau of Labor Statistics said on Friday that the US economy had gained 661,000 jobs in the month of September. That's nearly 200,000 jobs short of economists' expectations. And while the unemployment rate continues to decline from April's high of 14.7% — September saw it dip to 7.9% — it's still elevated versus 3.5% in February.

Business Insider is closely monitoring financial firms that are cutting jobs. Below, we've rounded up the latest announcements from top firms, and will continually update this list.

Have a tip on finance industry cost-cutting or job reductions on Wall Street? Contact this reporter confidentially at [email protected], via the encrypted app Signal at (561) 247-5758, or direct message on Twitter @reedalexander. 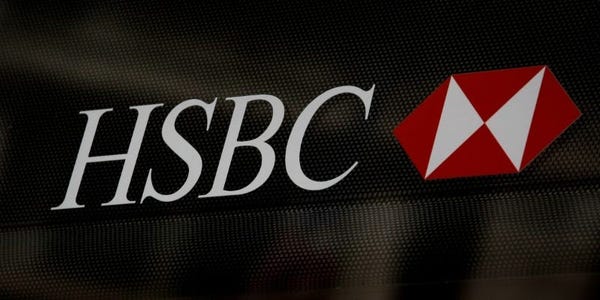 Europe's largest bank by assets has previously said it would cut as many as 35,000 jobs, and a spokesperson for HSBC confirmed that plan remains on track.

These cuts were in the works since before the pandemic consumed much of the US and Western Europe. In February, HSBC first warned that they were coming, and by August, Noel Quinn, the firm's CEO, shed more light on the bank's shifting plans in remarks that were published in an HSBC report.

"We are moving forward with these plans wherever we can. We have already begun combining our wholesale back office operations, and brought our retail, wealth and private-banking businesses together in a single global business — Wealth and Professional Banking," he said. "Our US businesses has reduced its branch footprint, and Global Banking and Markets has made good early progress in reducing its risk-weighted assets."

Quinn noted in his remarks that he paused the job-culling efforts in March as "it would have been wrong to proceed with job losses at a time of significant stress for our people and communities, and at a point when we needed to protect our capacity to serve our customers."

But by late summer there was a shift back to restructuring. The executive explained that "we intend to accelerate implementation of the plans we announced in February," saying that HSBC would need to consider "additional actions … in light of the new economic environment." 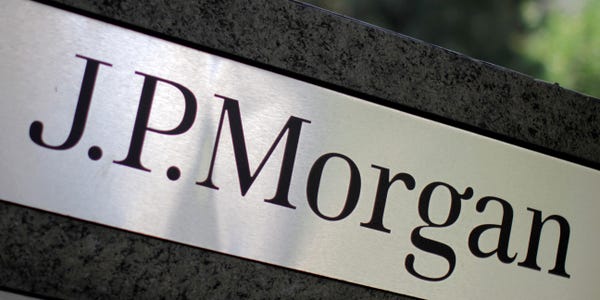 Last week, JPMorgan Chase initiated a small round of cuts in its consumer businesses group, a sector that covers consumer banking, home landing, and credit cards.

Bloomberg first reported the cuts on Wednesday, noting that they included 80 jobs within the consumer group, "and dozens more across other lines of business."

A representative for JPMorgan Chase told Business Insider that the firm has given those individuals the chance to apply for other roles in the company. All of the employees were given at least a month's notice to decide if they wanted to reapply or depart altogether.

The cuts were not triggered by the coronavirus, the spokesperson said, but instead by other business considerations as it determines its "priorities for the year."

The consumer group has faced several cuts throughout 2020. In January, it was hit with several hundred losses, Bloomberg reported.

Reuters previously reported that JPMorgan had cut roughly 100 jobs across the consumer banking, commercial banking, and corporate and investment banking divisions in July. 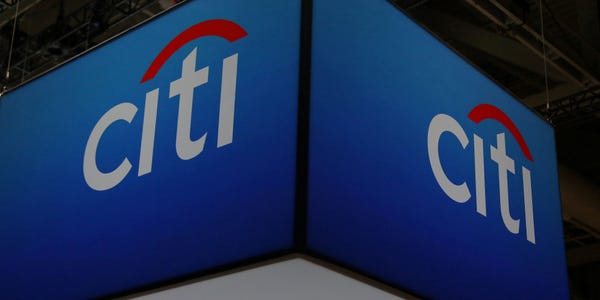 In a statement to Business Insider, a spokesperson for Citigroup confirmed that the bank "is moving forward with a limited number of staffing reductions, impacting less than 1% of our colleagues globally." For context, Citigroup employs more than 200,000 people.

The spokesperson additionally noted that the cuts are spread across regions, businesses, and functions, as opposed to impacting front- or back-office workers exclusively.

But, the spokesperson added, the firm has also invested in hiring efforts throughout the year too, employing more than 26,000 people during the course of 2020. One-third of those individuals, the bank said, are in the US.

"We expect the overall size of our firm to remain about the same when the impact of these changes, natural attrition and ongoing hiring since the start of the year are all taken into account," Citi said in its statement.

A Citigroup representative told Business Insider that the company had not previously committed to a total moratorium on job cuts through 2020, even though Reuters previously reported in March that Citi's CEO Michael Corbat "ordered a suspension of any planned staff cuts," citing "a person familiar with the matter."

Now, as the cuts are being implemented, the bank said that "we will do our best to support each person, including offering the ability to apply for open roles in other parts of the firm and providing severance packages."

Bloomberg first reported in September that Citi would implement its job-cutting plans. 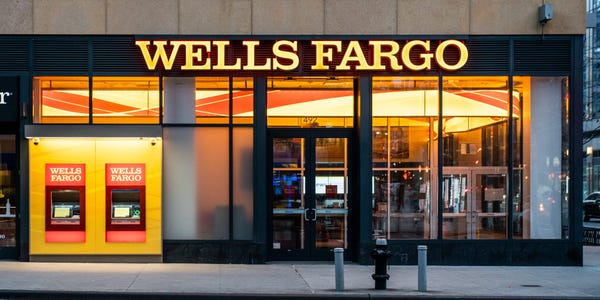 A spokesperson for Wells Fargo confirmed in a statement to Business Insider that the bank is moving forward with restructuring and job-cutting plans across "nearly all of our business lines and functions" in "most geographies."

"We are the beginning of a multiyear effort to build a stronger, more efficient company for our customers, employees, communities, and shareholders," the statement said. "The work will consist of a broad range of actions, including workforce reductions, to bring our expenses more in line with our peers and create a company that is more nimble, streamlined, and customer-focused."

The statement went on to add that the bank had put a pause on cuts in March and "through the initial months of the pandemic," but that Wells Fargo made the decision to forge ahead with the reductions in August. The spokesperson said that the firm does not have a target for how many jobs could be culled.

But previous reporting has painted a picture of what could ultimately become a sweeping wave of cuts at the bank.

As many as 50,000 to 66,000 jobs could be slashed at Wells Fargo in 2020 and 2021, according to Pensions & Investments, which reported in September that the bank had begun notifying layoffs in August that their jobs would conclude in October.

In the extreme case that as many as 66,000 people would ultimately be laid off, that would equate to nearly 25% of the firm's 266,000 employee-strong workforce, Pensions & Investments reported, citing unnamed sources.

Read more: Wells Fargo execs are setting their sights on $10 billion in cost-cuts, putting layoffs and branch closures on the table. Here's how it could play out. 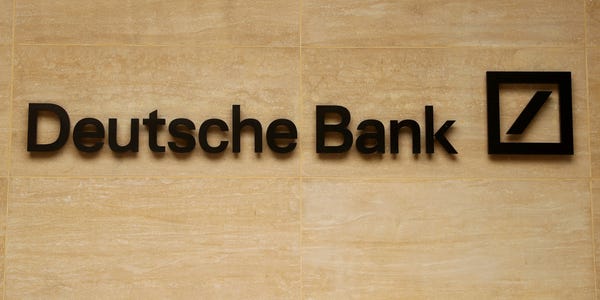 In September, Philipp Gossow, an executive who oversees Deutsche Bank's retail branches in Germany, told Reuters that his firm planned to shut down 100 physical branches in the country — equating to one-fifth of its consumer banking presence in Germany.

In 2019, the German bank had said it would cut as many as 18,000 jobs in order to streamline its operations, but a source with knowledge of the situation told Business Insider that those job cuts will be primarily be in the consumer banking space, and, going forward, likely will not affect Deutsche's front-office or investment-banking professionals.

In the US, the source said, Deutsche has no plans for future cuts or restructuring at this time. 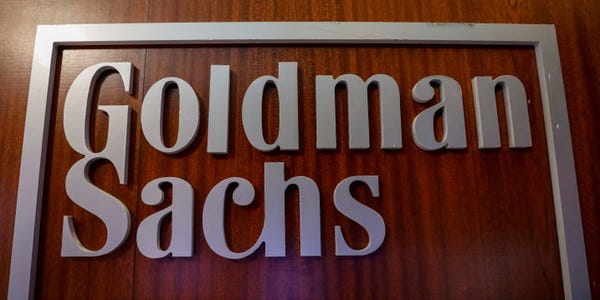 Though Goldman CEO David Solomon had previously said that job-cutting plans were out for 2020, the firm has reversed course in recent days, indicating this week that it's moving to reduce headcount by roughly 400 positions, Bloomberg first reported in late September.

The move will trim its global workforce by roughly 1% of staff, Bloomberg noted.

"At the outbreak of the pandemic, the firm announced that it would suspend any job reductions," a spokesperson for Goldman Sachs told Business Insider in an emailed statement. "The firm has made a decision to move forward with a modest number of layoffs."