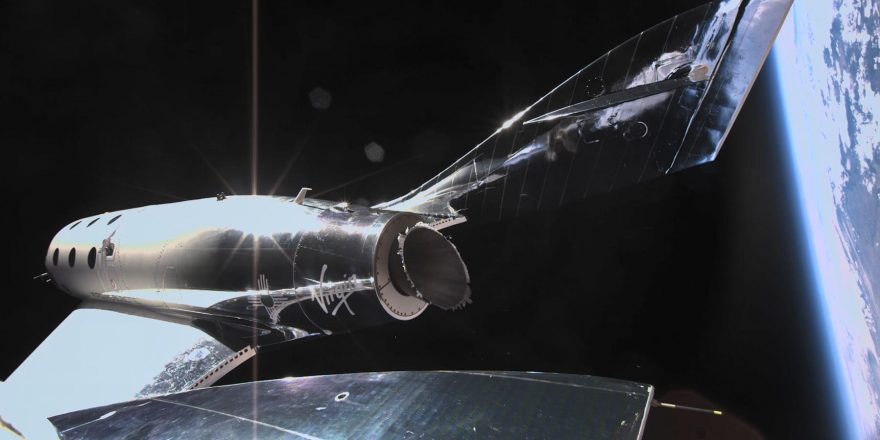 The launch represented a critical step forward for the space tourism company, as the test had been delayed more than six months after a December attempt was cut short.

Virgin Galactic CEO Michael Colglazier told CNBC that the spaceflight "was flawless," and said he looked forward to the Federal Aviation Administration reviewing the flight data – as the company needs to clear two remaining regulatory milestones before receiving a key license.

Shares of Virgin Galactic jumped about 15% in early trading from its previous close of $21.07. The stock also erased its year to date loss, having earlier this month dropped more than 30% for the year after previous setbacks and sales by notable shareholders.

Saturday's spaceflight test represented the first of four remaining before it begins flying commercial customers. The next spaceflight test will carry four passengers to test the spacecraft's cabin, while the third test is planned to fly founder Sir Richard Branson.

Bernstein, which has a market perform rating on the stock, upgraded its price target to $27 a share from $18 a share.

"We believe this business can have highly attractive economics if risks can be managed. We have reset our valuation model to our prior base case," Bernstein analyst Douglas Harned wrote in a note to clients.

Harned noted that the flight's success increased the likelihood that the next three spaceflight tests "will be completed close to plan."

However, Harned emphasized that two major risks still apply to the company's stock.

"First, any serious incident could be disastrous for the business. Second, terminal value is unclear, as it is hard to assess how far the value proposition will extend," Harned said.

Virgin Galactic previously forecast commercial service would begin by mid-2020. This year the company pushed that goal back to early 2022, saying it aims to begin commercial service once the four spaceflights tests and a maintenance period are complete.