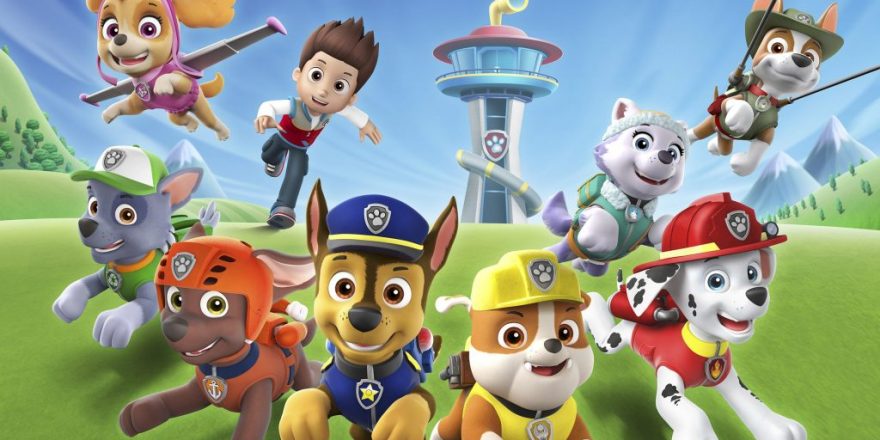 ViacomCBS CFO Naveen Chopra — asked Tuesday about Paramount’s management shakeup — said outgoing studio CEO Jim Gianopolus “leaves some very big shoes to fill. There is no doubt he has helped revitalize the studio both creatively and financially. But I think Brian [Robbins] is really the perfect person to take the reins from here.”

Robbins heads Nickelodeon and will keep that role. At a virtual media conference Q&A by Bank of America Merrill Lynch, Chopra called the exec “a very passionate storyteller [who will] leverage the benefits of the traditional parts of the business, like theatrical distribution, while also aggressively embracing streaming and changes in consumer behavior.” Robbins assumes charge of films produced for Paramount+ and continues to oversee kids and family content globally for the streamer.

The change, announced officially yesterday, also has Showtime CEO David Nevins expanding his portfolio with Paramount Television Studios. Chopra called it “a very accretive move for us” — CFO speak — and said Nevis has “incredible track record of creating culture-defining content that is both commercially successful and critically acclaimed and now he will be able to do that with an even broader purview.”

“At the end of the day we are a content company and what Brian and David will be able to do is to take our content to the next level to feed multiple parts of our business.”

Asked by analyst Jessica Reif Ehrlich if the streaming wars have dimmed the overall value of movies , Chopra said no.

“Movies are extremely important to us and continue to be a very unique storytelling media that are critical to developing franchises and really being able to connect to audiences. Movies have always had the ability to be monetized through various different channels, and the difference is that today we have more distribution options for films than we ever had.”

He said Paw Patrol, released day and date with Paramount+, exceeded internal box office targets for an exclusive theatrical release – “meaning the release on Paramount+ and in theaters was synergistic.” He thinks cinema play did a lot to “eventize” the streaming release – it was one of Paramount+ most-watched originals – and visa versa.

If depends on the film and decisions will be taken one by one. He said Paramount recently pushed Tom Cruise’s Top Gun: Maverick into next year (and moved out Mission: Impossible 7). “The theatrical environment is still very dynamic and very different in different parts of the world, and we just have found that in order to maximize the value of those assets it makes sense to wait,” je said.

Chopra reiterated plans to boost streaming content spend to $5 billion by 2024 from $1 billion last year, and an estimated $2 billion-plus this year and said streaming revenue should more than offset declines in linear affiliate revenue. “We strongly believe that streaming is a net addition to our business, not a replacement.”

He said ViacomCBS will continue divesting non-core assets, as per CNET, Simon & Schuster and Black Rock, and could pursue acquisitions along the lines of its investment in Miramax and a push into local content production. It recently bought Chilevisión from WarnerMedia. Chopra didn’t mention bigger deals but the company has been the focus of M&A speculation for months since a consolidation wave hit the industry as WarnerMedia and Discovery plan to combine and MGM to sell itself to Amazon.

ViacomCBS did ink two international streaming deals recently with Comcast’s Sky. The first is a commercial deal in big western European countries where Sky will distribute Paramount+ to pay TV subscribers that take its cinema tier. The second is a joint venture with Comcast focused on smaller markets mostly in Eastern Europe that creates a new streaming service called SkyShowtime.