Home » Business » US presidential debate will be more of a ‘key driver’ for markets than the next jobs report, one strategist says

US presidential debate will be more of a ‘key driver’ for markets than the next jobs report, one strategist says 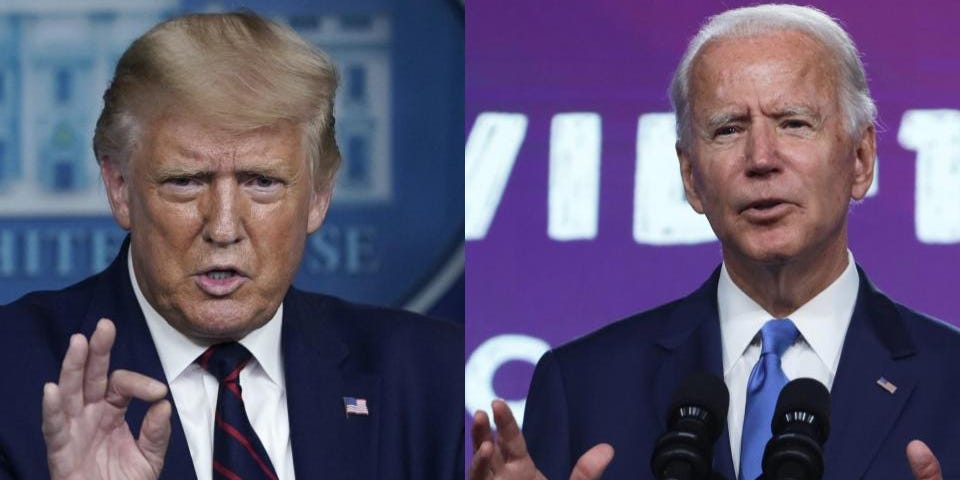 The US presidential debate this week will be more of a “key driver” for markets than the next jobs report, Mitul Kotecha, senior emerging-markets strategist at TD Securities, told CNBC on Monday.

With less than 40 days to go for election day on November 3, President Donald Trump and his Democratic opponent Joe Biden are scheduled to hit the debate stage for a total of three rounds starting Tuesday.

Compared to a score of other “nervous issues” surrounding investors, the election stands front-and-center as the more prominent market driver this week, Kotecha said.

A slew of data tied to the economy is expected to be released this week: notably GDP, personal income and expenditure, and initial and continuing jobless claims. A major event will be September’s non-farm payroll data expected on Friday, the last set before the US elections in November.

Read More:  UBS: Buy these 23 stocks across major themes that are poised to outperform amid uncertainty and conflicting signals in the market

TD Securities expects jobless claims to be higher than February by around 11 million, meaning that the labor market is still in bad shape. Non-farm payrolls are expected to have risen by 850,000 in September, a marked slowdown on August’s 1.371 million increase and well off June’s 4.8 million bounce.

After Washington dashed hopes of further stimulus ahead of the election, investor sentiment will likely be unsettled alongside continued US-China tensions, Kotecha said.

He also expects any delay in agreeing fiscal policy to continue weighing on markets.

“That’s still too high for Senate Republicans to agree upon,” Kotecha said. A vote on the measure could take place as soon as next week.

Passage of a new stimulus package may not happen by the election, and “that’s going to continue to be something that weighs on markets at a time when growth is starting to moderate now. We’re losing some of the impetus that we saw in the last couple of months of recovery. That’s going to be a big problem for the economy to be able to sustain any real activity in the weeks and months ahead,” Kotecha said.

Read More: ‘Expect more stock-market weakness’: A Wall Street strategist lays out how investors’ most-trusted defenses against crashes are failing them at a critical time