US considers faster hog slaughtering based on plant staffing – union

CHICAGO – The Biden administration is considering a proposal that could allow some pork plants to slaughter pigs more quickly if they boost staffing, a union official said, after a U.S. court struck down a Trump-era rule that removed line speed limits.

Faster slaughtering would help them increase pork production at a time of high demand and soaring bacon prices.

Seven pork plants were initially able to operate without limits on line speeds after a 2019 U.S. Department of Agriculture rule change that did not need congressional approval. Six of the plants had previously received waivers to run at a faster pace.

A federal judge in March invalidated the policy and forced the plants to slow down following a United Food and Commercial Workers (UFCW) Union lawsuit against the USDA over concerns about worker safety. 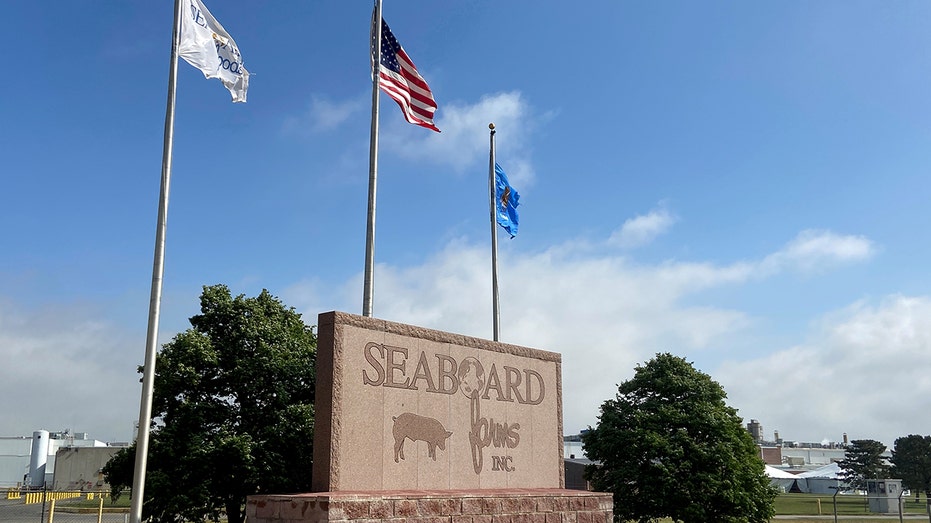 The Biden administration is considering a proposal that could allow some pork plants to slaughter pigs more quickly if they boost staffing, a union official said, after a U.S. court struck down a Trump-era rule that removed line speed limits. REUTERS

The second-biggest U.S. pig producer, Seaboard Foods , which did not previously have a waiver, sped up an Oklahoma pork plant last year under the 2019 rule. Workers told Reuters the faster line speeds increased injuries, and there were not enough employees to run faster production lines safely.

Under the new proposal, Quality Pork Processors would be able to speed up again if the USDA and unions agree staffing levels are high enough, said Richard Morgan, president of the UFCW local that represents the plant's workers. He said staffing levels could be monitored daily.

"The number of staffing would dictate what the line speed can be that day," he said. "It's all about the staffing."

USDA Secretary Tom Vilsack said last week the USDA was considering Quality Pork Processors' proposal and that it could create the structure for waivers for five other facilities. He did not give details but seemed to refer to the facilities with waivers prior to the 2019 rule.

"I’m happy that they are tying the line speeds to worker safety, but this is all backroom dealings and does not appear to take into consideration food safety whatsoever," said Zach Corrigan, senior staff attorney for Food & Water Watch.

The federal Occupational Safety and Health Administration (OSHA) did not immediately respond to a request for comment.

The USDA did not respond to subsequent questions , nor did Quality Pork Processors respond to requests for comment.

Workers at the company's plant would have more time off and be able to meet production goals more quickly if line speeds and staffing levels increase again, Morgan said. He noted that the workers, who are paid hourly, have been working six days per week to meet production targets.

The plant's maximum slaughtering capacity dropped by about 7% to 17,700 pigs per week after the court decision took effect, said Steve Meyer, economist for consultancy Partners for Production Agriculture.

Nationally, the pork industry has lost 2.5% of its slaughtering capacity, the National Pork Producers Council said.