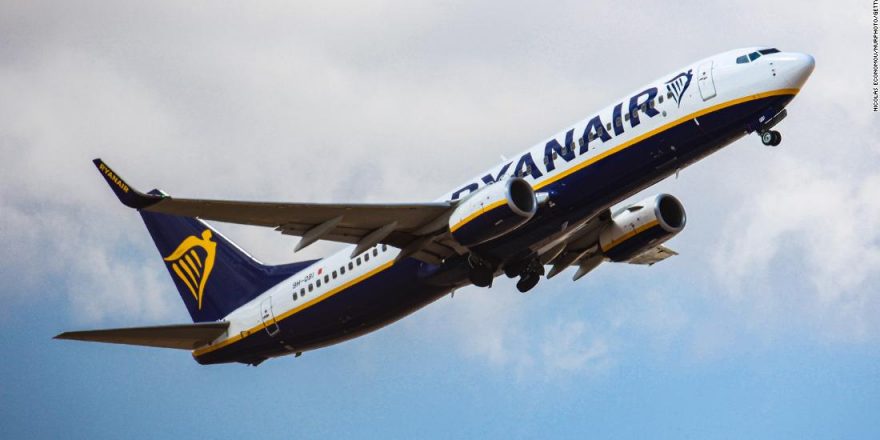 New York (CNN Business)Boeing is being called out by Ryanair, one of its major customers, for not selling its jets more cheaply.

So far Boeing is standing fast and refusing to meet Ryanair’s price demand, despite the hit its sales have taken the last two years.
On Tuesday Ryanair (RYAAY) CEO Michael O’Leary called Boeing’s stand on pricing “delusional” and said the aircraft maker’s demands for higher prices on future sales were “unjustified and inexplicable.”

It’s an unusually public dispute between two companies with a long and strong business relationship: Ryanair exclusively flies Boeing 737 jets. And it’s a sign that demand for aircraft in general — and the troubled 737 Max in particular — has rebounded from pandemic lows faster than many thought possible. It’s also a strong indicator that higher prices aren’t just causing pain for consumers but also for businesses.

Part of Ryanair’s business model is based on only flying different versions of the 737, allowing pilots to move seamlessly between planes without additional training and reducing the cost of keeping spare parts for different aircraft models on hand at various airports. Southwest Airlines (LUV), a low cost US carrier, has long followed such business model.

But the statements from O’Leary suggest the airline may consider making the jump to a 737 competitor.
“Europe’s low cost carriers will drive jet demand for Airbus A320 family aircraft and not Boeing,” O’Leary wrote in a letter Tuesday to Reuters that Ryanair provided to CNN. “If Boeing wants to sell aircraft in Europe, it needs to continue to be cost competitive and do a deal with Ryanair.”
The 737 Max was grounded for 20 months after two fatal crashes that killed 346 people. In December, just a few weeks after the Federal Aviation Administration cleared the plane to resume carrying passengers, Ryanair announced one of the largest orders for the jet when it agreed to add 75 planes to its existing order of 135 aircraft. It took deliveries of its first 12 737 Max jets this past summer.
“Ryanair’s board and people are confident that our customers will love these new aircraft. And, most of all, our customers will love the lower fares, which these aircraft will enable Ryanair to offer starting in 2021 and for the next decade,” the Irish airline said at that time.
Ryanair was also up front that it expected to place an even bigger order for the next generation of the plane, the Max 10, once it is approved by the FAA. Boeing expects to start deliveries of the Max 10 in 2023.
“We are already in discussions with Boeing on the Max 10,” Ryanair CFO Neil Sorahan told investors in February. “As soon as they start making them and delivering them, we would certainly be there looking to order them.”
But earlier this month Ryanair revealed that talks on the 737 Max 10 collapsed, saying it was “clear that the pricing gap between the partners could not be closed and accordingly, both sides have agreed to waste no more time on these negotiations.”
Boeing has “a more optimistic outlook on aircraft pricing than we do,” O’Leary said in the statement, “and we have a disciplined track record of not paying high prices for aircraft.”
Boeing (BA) has so far been reserved in its response to the comments as they come from such an important customer.
“Ryanair is a long-standing partner. We value their business and are committed to supporting them,” Boeing said. “At the same time, we continue to be disciplined and make decisions that make sense for our customers and our company.”
The aircraft manufacturer has seen a pickup in orders as airlines expect a recovery in demand for air travel. In March, United Airlines announced a massive order for 200 737 Max jets as well as 70 A321neos from Airbus, the biggest single jet order in the airline’s history.
Many experts expect that Ryanair and Boeing will put their differences behind and quickly reach a deal on a new Max order.
“If pricing is firming up for the Max, it’s got to be firming up for A320,” said Richard Aboulafia, aerospace analyst with the Teal Group. 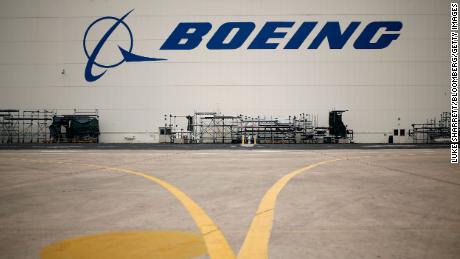 Aboulafia said that late last year Boeing was offering huge discounts of about 60% or more on its stated public price for the Max, as it worried about the grounding and the pandemic hurting demand for years.
The delivery delays caused by the grounding allowed 737 Max customers to cancel or threaten to cancel earlier orders to get better pricing. And Boeing had about 100 planes it built during the grounding for whom it no longer had customers.
“There’s that bottom of the market desperation pricing that’s very appealing, but that’s not now,” Aboulafia said. “We’re past that. There are airline execs who would like to think when manufacturers lose pricing power, they never get it back. But that’s not the way it works.”

Ron Epstein, aerospace analyst for Bank of America, said it’s possible that Ryanair could move to Airbus for future purchases, but that it’s not the most likely outcome. He also thinks that Boeing will have to give on price.
“My guess is that Ryanair is playing hardball and eventually will get the Max at closer to the price they want,” he said. “It’s a a deal that Boeing doesn’t want to lose and Ryanair knows it.”
Source: Read Full Article