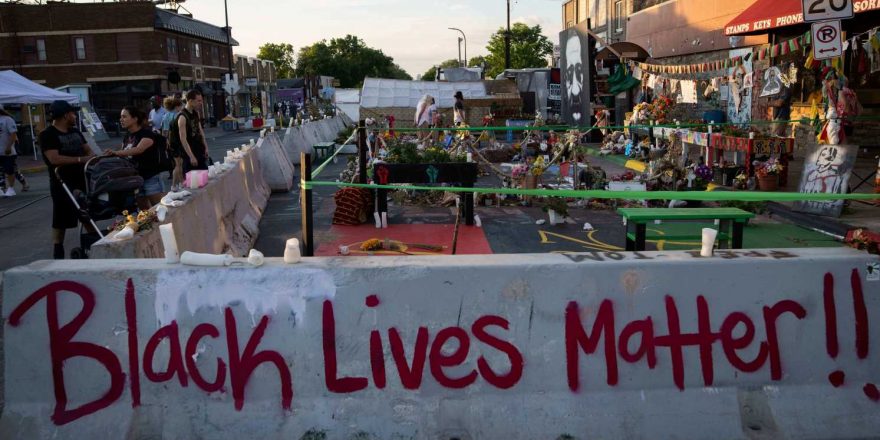 The names of the two sheriff’s deputies who shot and killed a Black man during an attempted arrest will not be released because they were working undercover, state investigators said Wednesday citing Minnesota law.

Officers from six law enforcement agencies including Hennepin and Ramsey County sheriff’s offices were part of a U.S. Marshal Service task force that attempted to arrest Winston Smith Jr., a 32-year-old father of three, on a weapons violation June 3. Smith, who was in a parked vehicle on a parking ramp, didn’t comply and “produced a handgun resulting in task force members firing upon the subject,” according to the U.S. Marshals.

The Minnesota Bureau of Criminal Apprehension, which is investigating the incident, said a handgun and spent cartridge were found inside the car which indicates Smith fired his gun. The Hennepin County medical examiner said Smith died of multiple gunshot wounds.

The BCA also said it is unaware of any video of the incident. The lack of video footage became a flash point for activists and Smith’s family who have been demanding transparency and accountability.

‘I will protect my brother’s name’: Family of Minneapolis man killed by deputies demand accountability

State investigators said the U.S. Marshal Services does not allow the use of body cameras on the task force that attempted to arrest Smith. The Hennepin County Sheriff’s Office issued a body camera to one of the deputies involved in the shooting but was told it could not be used while the deputy was working on task force operations, according to the department .

The U.S. Marshals Service said, however, that the Justice Department permits state, local and tribal task force officers to do so. In October, the Department of Justice approved the use of body cameras for officers serving on federal task forces.

The BCA said Wednesday that officers from the Anoka County Sheriff’s Office, the Minnesota Department of Corrections, U.S. Immigration and Customs Enforcement and the U.S. Marshals Service were also part of the task force during the arrest attempt. Officials from Ramsey, Hennepin and Anoka County sheriff’s offices announced they’re suspending work by their deputies with the task force because of the body camera issue.