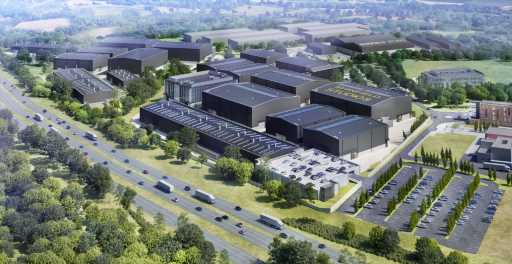 Shinfield Studios, a film and TV facility located roughly 50 miles west of London, has received the green light for a significant development that will see the construction of 18 sound stages.

An initial four stages were built under temporary permission last year, and the 85,000 square meter site has now been given a thumbs up from Wokingham Borough Council to begin permanent construction.

Disney has already been set as the studio’s first client, with an undisclosed production set to be housed there in 2022.

In addition to the four already operation stages, a further nine are due to open in 2023, with completion of the entire 18 stage facility by the end of 2024. Alongside the sound stages, the site will also feature workshops, a contemporary office environment and a post-production/screening facility.

The project comes from Blackhall Global Partners, which Blackhall Studios in Atlanta and is developing a site in Santa Clarita.

The Shinfield announcement follows a recent swathe of studio builds being unveiled across the UK. Last week, facilities in Brent Cross, North London, and RD Studios in Park Royal were both announced and are set to be operational by next year.

The influx of large-scale productions into the UK has seen property developers clamour to identify potential sites for new studios. A BFI report published this morning found that found that close to £1BN ($1.3BN) had been committed to new builds between 2017 and 2020, with that number looking set to be significantly increase.

“Our goal has been to move rapidly to support our clients who need to secure space from next year,” commented Nick Smith, joint MD of Shinfield Studios. “Completing the first four sound stages already has enabled us to get up and running quickly and deliver a state-of-the-art studio space to meet Disney’s needs.”

“It’s well documented that there is an ever-growing demand for studio space in the UK and we’re thrilled to be able to take advantage of this and create a world class home for the film and TV community within Berkshire,” added Ian Johnson, joint MD.

Lackluster Domestic & Overseas Debuts, But Will Pic Be Holiday Sleeper?