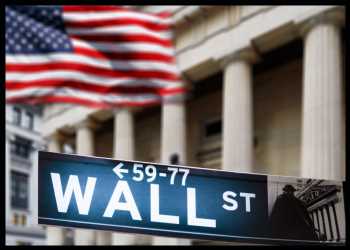 Stocks have moved modestly higher during trading on Wednesday, extending the upward trend seen in recent sessions. With the continued advance, the major averages are climbing back within striking distance of their record highs.

The continued strength on Wall Street comes as traders react positively to another batch of largely upbeat corporate earnings news.

On the other hand, shares of Netflix (NFLX) have moved lower after the streaming giant reported third quarter earnings that beat expectations but provided disappointing guidance.

Later in the day, the Federal Reserve is due to release its Beige Book, a compilation of anecdotal evidence on economic conditions in each of the twelve Fed districts.

The Beige Book may provide further clues about the Fed’s plans for monetary policy, with the central bank widely expected to begin tapering its asset purchases as early as next month.

Gold stocks have shown a strong move to the upside on the day, driving the NYSE Arca Gold Bugs Index up by 1.7 percent to its best intraday level in over two months.

The strength among gold stocks comes amid an increase by the price of the precious metal, with gold for December delivery climbing $13.40 to $1,783.90 an ounce.

Considerable strength is also visible among utilities stocks, as reflected by the 1.6 percent gain being posted by the Dow Jones Utility Average.

Housing, banking and pharmaceutical stocks are also seeing notable strength on the day, moving higher along with most of the other major sectors.

In overseas trading, stock markets across the Asia-Pacific region turned in a mixed performance during trading on Wednesday. Japan’s Nikkei 225 Index inched up by 0.1 percent, while China’s Shanghai Composite Index edged down by 0.2 percent.

Meanwhile, the major European markets have moved to the upside on the day. While the French CAC 40 Index has risen by 0.6 percent, U.K.’s FTSE 100 Index is up by 0.1 percent and the German DAX Index is just above the unchanged line.

In the bond market, treasuries moved modestly lower over the course of the session. Subsequently, the yield on the benchmark ten-year note, which moves opposite of its price, is up by 1.1 basis points at 1.646 percent.