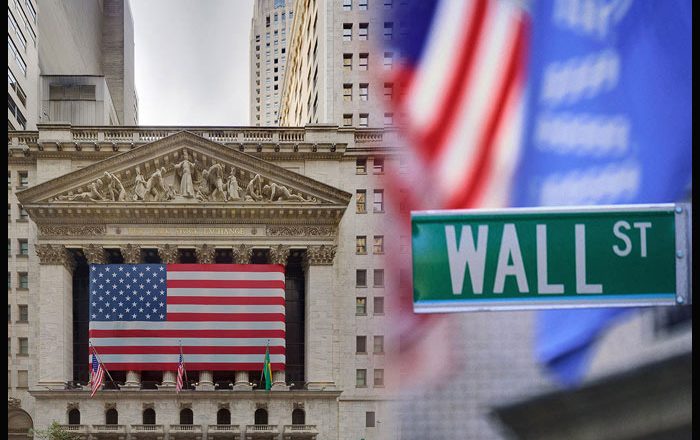 Stocks have moved modestly lower in morning trading on Thursday, giving back ground after showing a strong upward move over the three previous sessions. The major averages have all moved to the downside, although selling pressure has remained somewhat subdued.

The pullback on Wall Street comes as traders cash in on the recent strength in the markets, which saw stocks recover strongly from the post-Thanksgiving sell-off triggered by the detection of the Omicron variant of the coronavirus.

With concerns about the impact of the Omicron variant easing, traders are now looking ahead to the Federal Reserve’s monetary policy announcement next week.

Reports suggest the Fed could decide to double the pace of tapering its asset purchase program to $30 billion per month.

A report on consumer price inflation due to be released on Friday could impact the outlook for Fed policy, leading some traders to look for safe havens ahead of the data.

The Labor Department released a report this morning showing first-time claims pulled back by much more than expected in the week ended December 4.

Economists had expected jobless claims to edge down to 215,000 from the 222,000 originally reported for the previous week.

With the bigger than expected decrease, jobless claims dropped to their lowest level since hitting 182,000 in September of 1969.

Gold stocks are turning in some of the markets’ worst performances in morning trading, dragging the NYSE Arca Gold Bugs Index down by 2.3 percent.

The weakness among gold stocks comes amid a decrease by the price of the precious metal, with gold for February delivery falling $9.70 to $1,775.80 an ounce.

Considerable weakness is also visible among airline stocks, as reflected by the 1.6 percent drop by the NYSE Arca Airline Index.

In overseas trading, stock markets across the Asia-Pacific region turned in a mixed performance during trading on Thursday. Japan’s Nikkei 225 Index fell by 0.5 percent, while China’s Shanghai Composite Index jumped by 1 percent.

Meanwhile, the major European markets have all moved modestly lower on the day. While the French CAC 40 Index is down by 0.1 percent, the U.K.’s FTSE 100 Index and the German DAX Index are both down by 0.2 percent.

In the bond market, treasuries are regaining ground after moving sharply lower over the past few sessions. Subsequently, the yield on the benchmark ten-year note, which moves opposite of its price, is down by 2 basis points at 1.489 percent.