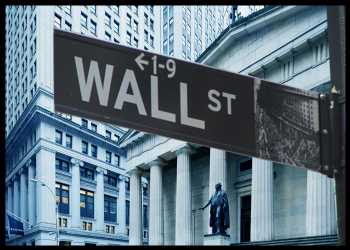 U.S. Stocks Giving Back Ground Amid Spike In Oil Prices

Following the strong upward move seen in the previous session, stocks have moved back to the downside in morning trading on Wednesday. The major averages have all slid firmly into negative territory, partly offsetting yesterday’s gains.

Lingering concerns about the ongoing war in Ukraine have contributed to the pullback on Wall Street along with a spike by the price of crude oil.

The jump in the price of crude oil comes after a report from the American Petroleum Institute showed U.S. crude oil inventories fell by 4.3 million barrels in the week ended March 18th versus expectations for a slight increase.

Traders may also be cashing in on some of the recent strength in the markets, as stocks have moved notably higher in five out of the last six sessions.

The recovery rally has helped lift the major averages well off their recent lows, although traders may be wary of continuing to buy stocks amid worries about the Russia-Ukraine crisis, inflation and higher interest rates.

Housing stocks are seeing considerable weakness in morning trading, resulting in a 2 percent slump by the Philadelphia Housing Sector Index.

The weakness in the sector comes after the Commerce Department released a report unexpectedly showing a continued decrease in new home sales in the month of February.

The continued decline surprised economists, who had expected new home sales to jump by 1.1 percent to a rate of 810,000 from the 801,000 originally reported for the previous month.

Financial stocks are also giving back ground along with treasury yields, with the KBW Bank Index and the NYSE Arca Broker/Dealer Index both down by 1.1 percent.

On the other hand, oil stocks are moving sharply higher along with the price of crude oil, resulting in a 1.9 percent jump by the NYSE Arca Oil Index.

Steel stocks are also turning in a strong performance on the day, driving the NYSE Arca Steel Index up by 1.7 percent to its best intraday level in over ten years.

Meanwhile, European stocks have moved mostly lower on the day. While the U.K.’s FTSE 100 Index has bucked the downtrend and inched up by 0.1 percent, the German DAX Index is down by 0.9 percent and the French CAC 40 Index is down by 1 percent.

In the bond market, treasuries have shown a lack of direction over the course of the morning and are currently seeing modest strength. As a result, the yield on the benchmark ten-year note, which moves opposite of its price, is down by 1.8 basis points at 2.355 percent.