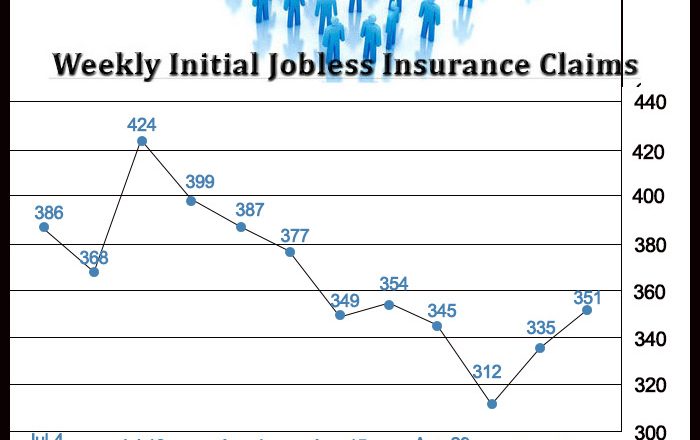 A report released by the Labor Department on Thursday showed first-time claims for U.S. unemployment benefits unexpectedly increased for the second straight week in the week ended September 18th.

With the uptick, jobless claims climbed further off the pandemic-era low of 312,000 set in the week ended September 4th.

The continued rebound surprised economists, who had expected jobless claims to dip to 320,000 from the 332,000 originally reported for the previous month.

“We expect initial claims to return to their downward path in the weeks ahead, but the data will be more uneven as claims get closer to pre-pandemic levels,” said Nancy Vanden Houten, Lead Economist at Oxford Economics.

Meanwhile, the report said the less volatile four-week moving average edged down to 335,750, a decrease of 750 from the previous week’s revised average of 336,500.

The Labor Department said continuing claims, a reading on the number of people receiving ongoing unemployment assistance, climbed by 131,000 to 2.845 million in the week ended September 11th.

With the decrease, the four-week moving average of continuing claims dropped to its lowest level since hitting 2,071,750 in the week ended March 21, 2020.