Truist might be the largest bank you've never heard of

New York (CNN Business)Truist wasn’t even a word a year ago. Now it’s one of America’s biggest banks.

The $28 billion marriage of SunTrust and BB&T means those brands are getting slowly phased out after a combined 275 years of history.
The deal between the nation’s largest banking tie-up since 2004 was presented as a merger of equals, forcing the banks to start with a blank slate.

We gave them a clean sheet of paper and said we want a name that doesn't carry baggage."

“The whole essence of Truist is about two great, iconic, old companies coming together to form a new organization that is looking forward,” Truist CEO Kelly King told CNN Business.
Truist, which officially started trading as a new company on Monday after getting regulatory approval, hired a national branding company to come up with a name.

“We gave them a clean sheet of paper and said we want a name that doesn’t carry baggage,” said King, who previously served as CEO of BB&T.
Yet the new corporate-sounding name has been mocked on social media. It was even been compared with Tribune Publishing’s infamous, and short-lived, rebrand to Tronc. An unofficial Twitter poll by American Banker found that more than two-thirds of users “hate” the Truist name.
King predicted the new brand will eventually catch on and reminded critics that Verizon (VZ) and Nike (NKE) were made-up words too.
“We have no second thoughts at all. We love it,” he said. 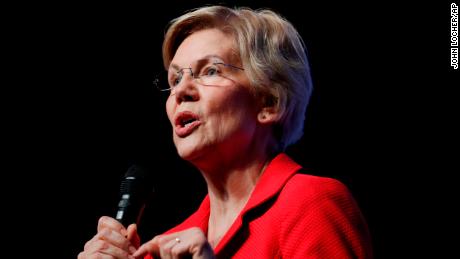 Truist even compromised on the location of its headquarters. The new bank will be based in Charlotte, but it will maintain a strong presence in Atlanta, where SunTrust was headquartered, and Winston-Salem, North Carolina, where BB&T was based.

Bank customers likely haven’t noticed a major difference from the merger just yet. The names on local branches haven’t changed, and aren’t expected to for at least a year. (However, SunTrust and BB&T customers can now use any of the company’s 4,500 ATMs for free.)
Truist has promised Wall Street the deal will create $1.6 billion in cost savings, including by shutting down branches.
King said Truist has not decided precisely how many branches will close, although he conceded that in some places BB&T and SunTrust branches are located “side by side.”
When the merger was announced, SunTrust and BB&T pledged not to lay off client-facing employees who are performing well.
“It’s the compassionate, right thing to do for our teammates,” King said. “It’s not one of those things where your branch is going to close, ‘Y’all are going to get fired.'”

The Truist deal, the largest since before the 2008 financial crisis, is testing the nation’s appetite for large bank deals. With more than $460 billion in assets and $330 billion in deposits, Truist is now America’s No. 6 commercial lender.
The SunTrust-BB&T merger received unanimous approval from the FDIC, although one official warned the deal poses “very significant financial stability risks.”
King argued these concerns are overblown, noting that Truist’s balance sheet is dwarfed by that of the largest Wall Street banks. JPMorgan Chase (JPM), for instance, is sitting on $2.8 trillion of assets, roughly six times what Truist has.
“We are large, but we’re still small,” King said.
And unlike JPMorgan, Bank of America (BAC) and Citigroup (C), Truist is not a big player in the kinds of exotic financial securities that fueled the 2008 crisis. 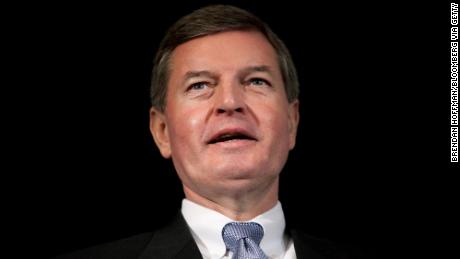 “We’re not international, we’re not doing a lot of unusual, complex, risky kinds of transactions,” King said.
Still, Senator Elizabeth Warren announced plans last week to introduce legislation that would force regulators to more closely scrutinize bank mergers. The 2020 Democratic presidential candidate fears these deals will create Too-Big-To-Fail institutions, like the ones that required massive bailouts during the last crisis. Warren called out the Federal Reserve for the fact that it did not decline any of the 3,819 bank merger applications it received between 2006 and 2017.
“Regulators serve as rubber stamps,” Warren’s Senate office said last week, calling the review process “fundamentally broken.”
King, fresh off a 10-month merger review that included public hearings, doesn’t see it that way.
“This was a very thorough, rigorous process, which we fully supported,” King said. “It was intense.”
The Truist CEO also noted that banks often withdraw their merger applications after regulators signal proposed deals won’t be approved.

President Donald Trump vowed to “do a big number” on the post-crisis financial reform law known as Dodd-Frank.
Yet King said he hasn’t witnessed significant deregulation, calling the adjustments “relatively minor.” And he suggested ripping up Dodd-Frank would be unwise.
“I would be less critical today of Dodd-Frank than I might’ve been 10 years ago,” King said. 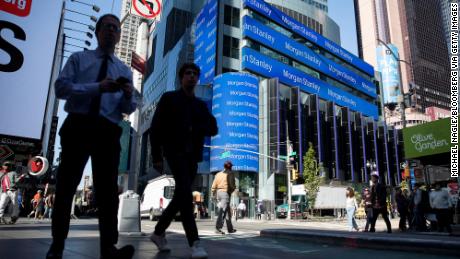 The Truist boss applauded several aspects of the post-crisis financial reform law, including the Federal Reserve’s annual review of banks’ financial resilience. He also praised the formation of the Consumer Financial Protection Bureau, a government watchdog agency that was the brainchild of Warren.
“At its core, it is a really good agency. We needed that,” King said.
Trump has sought to defang the CFPB, including by appointing Mick Mulvaney in 2017 to temporarily lead the agency that he once pushed to abolish.

The Supreme Court has agreed to take up a case that could significantly weaken the agency’s structure.
“Overall, as a long-term banker, I’m comfortable with the level of regulation we have,” King said, adding that he’s also not in favor of significantly more red tape. “It’s appropriate, tough, thorough and generally fair.”
Source: Read Full Article