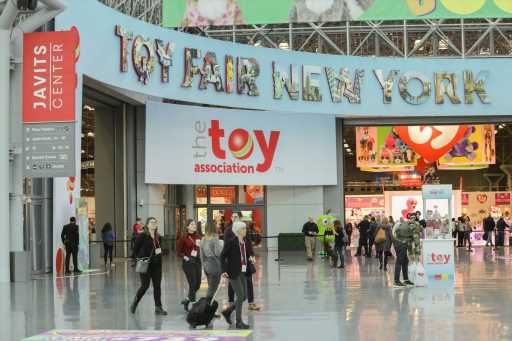 For the second straight year, Covid has caused the cancellation of Toy Fair, which has been held annually in New York for more than a century.

The gathering had been scheduled for February 19 to 22 at New York’s Javits Center. Toy Fair has become increasingly important over the years to Hollywood marketers looking to expand franchises through toy and merchandise extensions. The Toy Association, which puts on the event and plays a central role in the $32.6 billion domestic toy business, was founded in 1916.

A few major companies among the 1,000-plus exhibitors initially expected at the event had bowed out in recent weeks amid the spread of the Omicron variant, including Hasbro, MGA Entertainment, Walmart and Target. The Toy Association estimated that 700 manufacturers and marketers had remained committed.

Organizers said they sought to preserve the business interests of those 700 exhibitors. At the same time, they had been “weighing that against those departing and seriously on the fence, and needing to provide a sufficient quantity and quality across the retail buying community necessary to deliver a positive experience,” Toy Association CEO Steve Pasierb said. “As that balance has shifted, we are obligated to make the best decision in everyone’s interest no matter how heartbreaking for so many and potentially damaging some business’ future prospects.”

Pasierb said that safety protocols had reassured many attendees, but the event had been battling “constant, unfounded rumors” on social media and elsewhere that the plug had already been pulled.

The industry events calendar in 2022 has gotten off to a depressingly familiar start, though the availability of vaccines is offering some hope for improvement as the months go by. The Sundance and Palm Springs film festivals canceled their in-person events, as did NATPE Miami. The lone conference to soldier on was CES at the start of January, which drew 75,000 attendees (about one-third of normal levels) to a pandemic-shortened show despite the withdrawal of many major tech companies.

For New York City, the next major test in the media and entertainment business in terms of in-person gatherings will be spring’s TV upfronts and the digital-focused NewFronts. The city has enforced a vaccine mandate for public venues like sports arenas and concert halls. Omicron played havoc with Broadway, gouging box office, but many marquees remain lit.

‘This Is Us’ Casts Vanessa Bell Calloway As Key Character; More On Tonight’s Twist