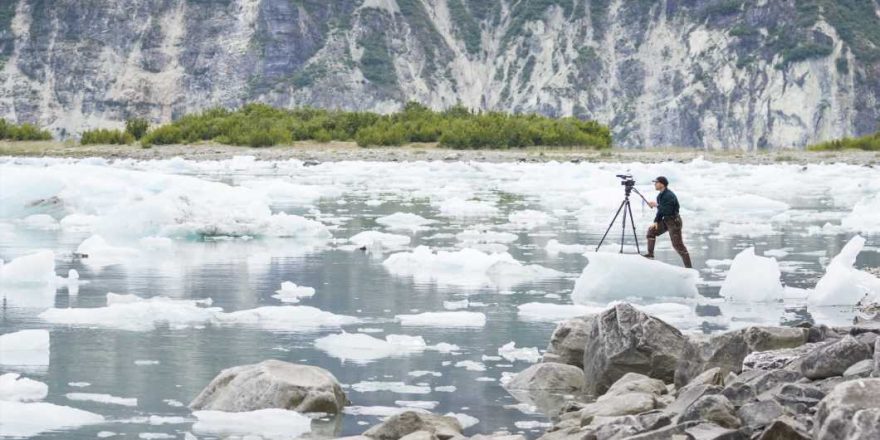 Tom Steyer, the former hedge fund executive, billionaire, and Democratic presidential candidate has become one of the leading activist investors on climate change. But he wasn't always as concerned.

For 26 years, Steyer ran the hedge fund he founded in 1986, Farallon Capital. It invested in all sectors of the economy — including fossil fuel companies.

But a return trip to Alaska in 2004 changed his internal compass, he told CNBC.

"When I was 24, I spent a summer working in Alaska," Steyer told CNBC, on a phone call from Glasgow, Scotland, where he is currently attending COP26, the 2021 United Nations Climate Change Conference.

In 2004, two and a half decades after his own trip as a young man, Steyer went back to Alaska with his family.

"I wanted our kids to see the wilderness in North America as close as we could get to it," Steyer told CNBC. "So we all went up to Alaska, and I wanted to do a wilderness trip, so that they could experience that because I had thought it was so immense and wonderful when I was there when I was 24 years old."

But it wasn't the same. "It was absolutely shocking to see the extent of the glacial melt," Steyer told CNBC.

"I remember sitting on one side of the valley and looking across the valley, and there was ice at the bottom, but you could see clearly across. A nd 20 years before there was so much ice that you could not know there was a valley there. It was just a mountain of snow," Steyer said.

"You could just see the water. It was like this gigantic stream of melting ice," Steyer said. "That's when it became clear to me that, 'Oh my god, this is so obvious.'"

He and his family talked about how future generations would perceive this one. Now, people look back at people 100 years ago and think that things they did were "often incredibly cruel, or thoughtless or selfish," Steyer said.

"We were sitting there going, 'Wow, people are going to look at us and go, 'Wow, they are incredibly thoughtless and cruel, and selfish,''" Steyer told CNBC. "And I thought, 'We just can't do that.'"

In 2012, Steyer stepped down from his role at the San Francisco-based financial institution he founded to launch NextGen Climate, which would become became NextGen America, to activate the youth vote.

Glacial lake outburst floods: How a lesser-known climate phenomenon threatens from above

And in 2019, Steyer ran for the Democratic nomination for president in 2020, focusing his agenda on climate change as the central issue. He's also known for the effort he launched in 2017 to impeach then President Donald Trump.

When Steyer officially separated from Farallon Capital in 2012, Farallon set up, at Steyer's request, a separate fund for Steyer's investments at Farallon which excludes fossil fuel investments, a representative for Steyer told CNBC.

Still, however, in his time as the head of Farallon Capital, the hedge fund did make investments in carbon emitting ventures, which the New York Times reported on as far back as 2014. A representative for Steyer told CNBC that Steyer had commented on his investments in the past and had nothing new to add. In Jan. 2020, Steyer addressed his investments in a Presidential debate at Drake University in Des Moines, Iowa. "We invested in every part of the economy," he said of his time at Farallon.

And while the experience of seeing the glaciers melt in Alaska was a visual gut check that became a fulcrum in Steyer's narrative, it's not what propels him forward now, decades later. Now, Steyer says he is motivated by working to prevent human suffering.

To prevent human suffering caused by climate change will require reinventing our national and global infrastructure for making energy, for making things, for growing food and more, Steyer said.

"It has to be about justice. Because the people who suffer the first and the most are underserved in the United States," Steyer said. "They are in underserved black and brown communities — way disproportionately."

That's not just the case in the U.S., but globally as well, Steyer says.

"The places where people are most threatened are low-income communities, mostly in the southern hemisphere, who have emitted very little greenhouse gases, but who are who are currently affected by it, who will continue to be very disproportionately affected by it, and who didn't cause any of it," Steyer said. (Indeed, a recent report on health and climate change from the medical journal The Lancet speaks to that.)

Solutions must be better and cheaper, not just greener

In September, Steyer announced he is co-launching a climate investment platform, called Galvanize Climate Solutions which will invest "in the billions" of dollars in various decarbonization efforts. In addition to investing money, Galvanize intends to build a suite of other services and projects outside of its investment arm, including expert teams specializing in branding and communications, policy and regulatory affairs, science and research, and corporate development, along with human capital, finance, legal and compliance, and investor relations.

Steyer co-founded the investment firm with Kathryn Hall, the founder and co-chair of Hall Capital Partners, an investment advisory firm which has $40 billion in assets under management for foundations, endowments and family funds.

According to Steyer, addressing inequity will require making green solutions cheaper and better than the carbon-emitting ones.

"We need to execute to be able to make that case every time — that we're not asking you to do us a favor, we're giving you a better deal, a better product, at a lower price," Steyer said.

And in time, the price of newer technologies will come down, the financier turned political activist said.

"The thing that I think people have to focus on is cost curves. As new technologies come in, they go, the cost of producing them goes down very consistently, and for a long period of time, because people are smart, and they figure out how to do it better, and they figure out changes to it to make it better and cheaper to produce," Steyer told CNBC.

It is the responsibility of wealthier nations to help less wealthy nations finance that transition.

"Governments have to subsidize the cost curve, so that you can produce enough to drive down the cost to be competitive," Steyer said. "In terms of wind and solar, that's already happened."

In that process, there is a tremendous amount of money to be made by private sector innovators, a point both Bill Gates and Blackrock CEO Larry Fink have recently made.