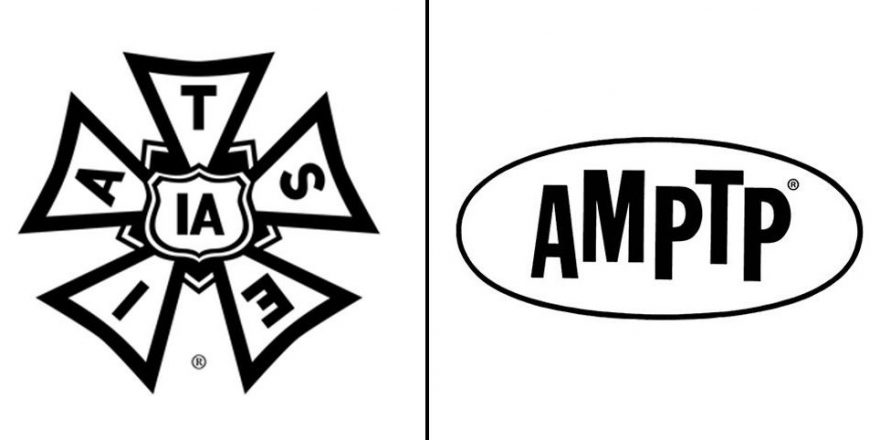 The ratification vote on the tentative agreement for a new IATSE film and TV contract is being rolled out in four phases, although no firm date has been set yet for the vote itself, according to a chart posted on the union’s #IASolidarity twitter page.

“There are a lot of moving parts, so we are unable to provide specific dates at this time,” the union said. “However, we can provide a general timeline of the process between now and the ratification votes.”

Phase 1, which is now partially completed, includes the tentative deal with the AMPTP on the Basic Agreement, which averted a strike by the union’s 13 West Coast Studio locals. A separate contract – the Area Standards Agreement (ASA) – which covers 26 locals outside of Los Angeles – is now being negotiated along the same lines as the Basic Agreement, in a process known as “pattern bargaining.” In the meantime, the memorandum of Agreement (MOA) is being reviewed to make sure it comports with the terms of the tentative agreement, while the 13 West Coast Studio locals hold membership meetings to discuss the terms of the deal.

Phase 2 begins when a deal is reached for a new Area Standards Agreement, and that MOA will be reviewed as the Area Standards MOA is reviewed and the West Coast and ASA locals continue to provide information about them to their members.

Phase 3 begins after the MOAs for each contract have been finalized, and the locals will distribute specific information about them to their members. At that point, a specific date for both ratification votes will be announced by the union.

Phase 4 is the weekend of the vote, with members voting on both contracts simultaneously. An independent company called Honest Ballot will facilitate both votes digitally, as it did with the strike authorization vote, when more than 98% of the union’s members voted to authorize a strike if a fair deal couldn’t be reached at the bargaining table. After the votes are counted, the results will be shared with the members. 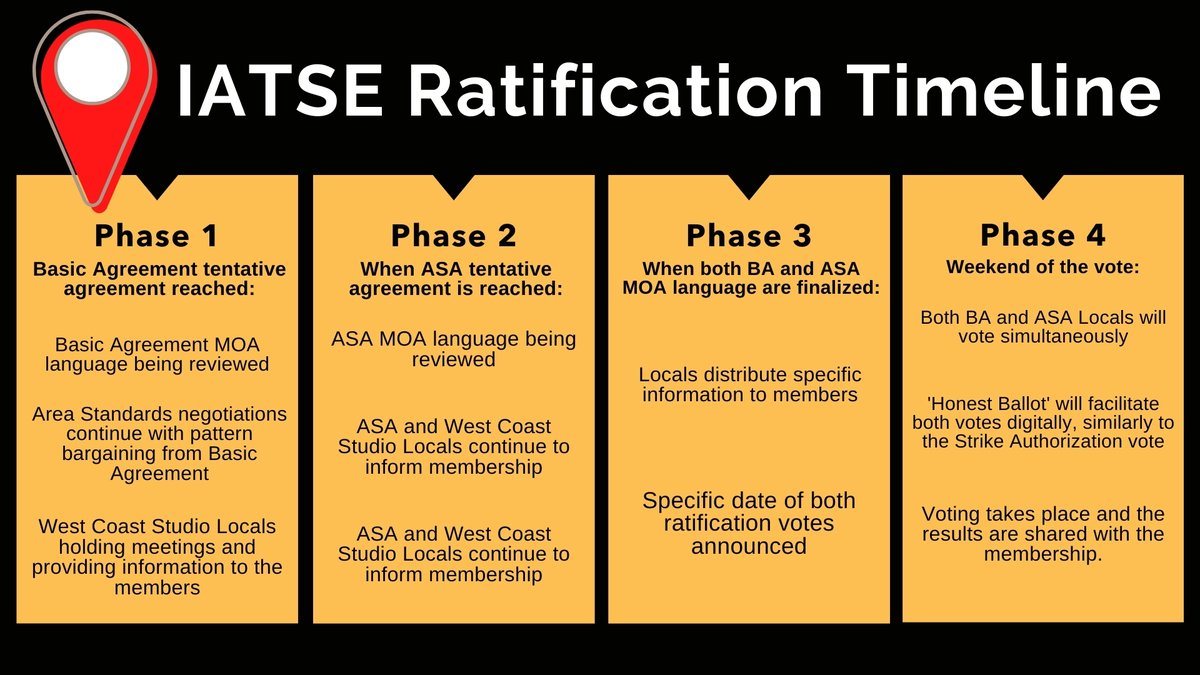