Home » Business » This shopping cart knows what you're buying 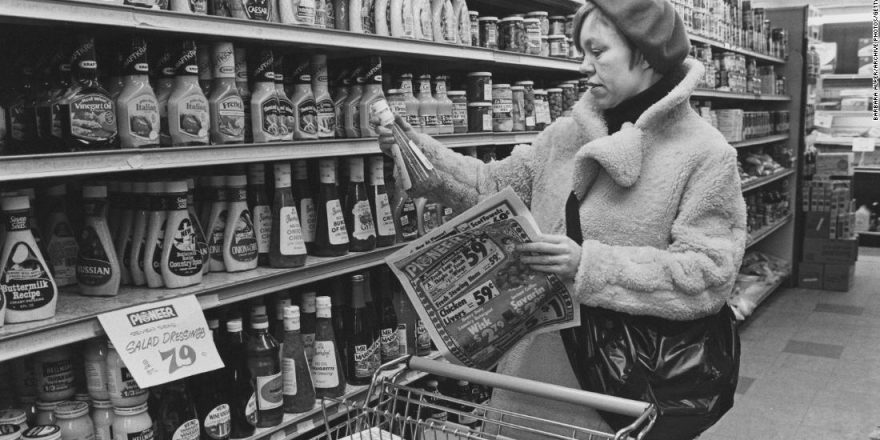 This shopping cart knows what you're buying

New York (CNN Business)We live in a world shaped by shopping carts. The ubiquitous, unloved contraptions are a key feature of US economy. (Yes, really.)

The birth of shopping carts in the early 20th century helped usher in an era of mass consumption and enabled grocery stores and brands to expand their products — without customers worrying about how they would get stuff to their car.
To attract shoppers’ attention and stimulate their senses while they pushed around carts, brands started to add cartoon characters on boxes, bright packaging and catchy logos with exclamation points.

Carts also spurred the rise of impulse buying, said Andrew Warnes, a professor of American literature at the University of Leeds in England and the author of “How the Shopping Cart Explains Global Consumerism.”

“The shopping cart is what permitted this rapid flitting from object to object,” Warnes said in an email. “It gave people a wheeled receptacle into which they could cast their choices and move on to the next one.” 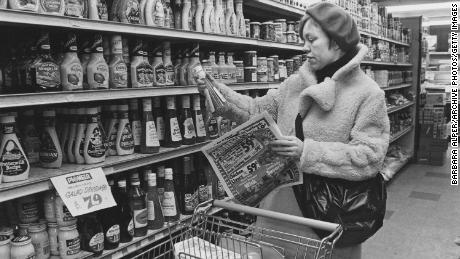 But early on, customers were wary of shopping carts, much to the surprise of the man who is responsible for making them an object of everyday life.
“I thought it would be an immediate success,” Sylvan Goldman, an Oklahoma grocery store owner who is considered the father of the modern shopping cart, said in a 1977 television interview. “I was so enthused about the cart.”

On the first day they appeared in his stores, Goldman expected long lines of customers waiting to use them. “There were people shopping. Not a one was using a cart.”
Women would say, ‘No, we have pushed enough baby buggies around — we are not going to push carts in stores,'” Goldman recalled in a 1972 letter. Men thought the carts would make them look weak.
“Men customers would say, ‘With my big arms I can carry my baskets, I am not pushing one of those things,'” he said.

The arrival of supermarkets

The adoption of shopping carts came just as supermarkets burst onto the scene in America.
Prior to supermarkets, shoppers would go to their local grocery store and a clerk would fill their orders over the counter or they would call them in for delivery.
But self-service supermarkets, which were first developed by Piggly Wiggly in Memphis in 1916 and allowed shoppers to pick items off shelves themselves, began replacing this model.
In the ensuing decades, as more Americans started driving, larger supermarkets with parking lots began opening in new suburbs. 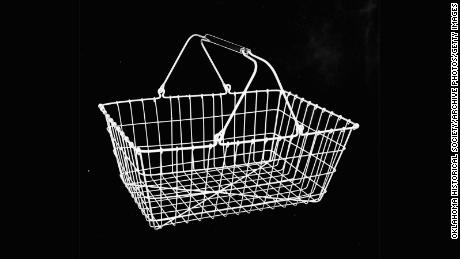 Yet despite shoppers having cars with trunks and new refrigerators at home to keep food fresh for longer, they were still carrying baskets as they browsed around stores and were unlikely to stock up.
“You start with self service with a basket. By the time people start driving cars, you want to buy more than you carry,” said historian Susan Strasser, author of “Satisfaction Guaranteed: The Making of the American Mass Market.”
A grocery chain in Texas offered carts in the early 1900s, but they didn’t gain traction, in part because baskets were considered aristocratic.
“There was a kind of embarrassment about asking customers to push carts around,” Warnes said.

A folding chair on wheels

Goldman, a supermarket pioneer in Oklahoma with Standard Food Markets and Humpty Dumpty stores, saw that customers would stop shopping once their basket was full or became too heavy.
His first solution was to direct store clerks to offer a second basket to customers and hold the full one at the checkout counter.
Then, in 1936, Goldman came up with an idea for a rolling cart. With the help of a handyman, he attached wheels to a folding chair and put a basket on top.
He also believed that offering shoppers a cart would lead them to buy more, increasing sales for the company.
“If there were some way we could give that customer two baskets to shop with and still have one hand free to shop we could do considerably more business,” he later recalled.
Goldman started the Folding Basket Carrier Co. (today called Unarco, owned partly by Berkshire Hathaway) and placed an ad in a local newspaper alerting customers to his new invention. 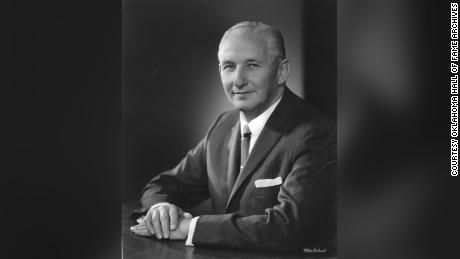 “Can you imagine wending your way through a spacious food market without having to carry a cumbersome shopping basket on your arm?” the ad read.
But few shoppers took to the carts at first.
To convince customers to use them, Goldman hired people to walk around the store with shopping carts and fill them up.
Customers began following these shills’ example and soon all of Goldman’s stores were equipped with carts. He soon started selling carts to other supermarkets for $6 or $7.
Store managers at first were reluctant to buy the carts because they worried children would damage them or get into accidents. 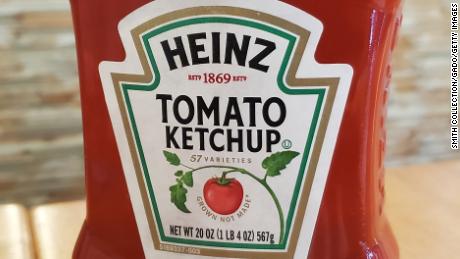 Goldman allayed these concerns by making promotional films demonstrating the proper way to use the carts. A few years later, he introduced a cart with a child seat.
The biggest change to the cart came in 1946, when Orla Watson in Kansas City patented the “telescope cart” — allowing them to slide together in horizontal stacks to alleviate the storage dilemma.
Watson claimed that each of the new carts required only one-fifth as much space as Goldman’s folding carts.
In response, Goldman patented a similar telescoping version of his own, the Nest Kart. “No more basket carrier parking problem,” an ad for Goldman’s Nest Karts read.
Goldman and Watson got in a legal fight over the patent, but they reached an agreement in which Goldman won the right to license the telescoping version of the cart.

The shopping cart’s basic design hasn’t changed much since then. Seatbelts were added to the child seats in the 1960s, although that hasn’t prevented thousands of shopping cart accidents involving children each year.
“It’s difficult to improve upon it as a design,” Warnes said. “The metal is durable. The mesh system is transparent. The child seat is a brilliant solution for shopping with a small child. It’s stackable so it’s really easy for transporting”
Perhaps the biggest development for shopping carts in later decades is how they wound up outside of stores. 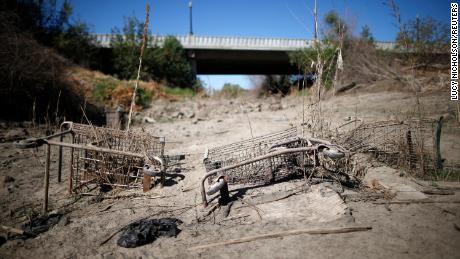 Carts were often found abandoned in back alleys, rivers and forests, leading lawmakers around the country to start imposing regulations and fines on businesses whose carts strayed from their stores. There’s even a book, “The Stray Shopping Carts of Eastern North America: A Guide to Field Identification,” dedicated to the odd places carts wind up.
They appeared as logos on e-commerce websites and in artwork by street artist Banksy.
Carts also became a symbol of urban blight and poverty, often used by homeless people to store and transport their belongings.

“It has a huge role among the poor. It is the locus of all their possessions,” said John Lienhard, a professor emeritus of mechanical engineering and history at the University of Houston who dedicated an episode of his public radio show “The Engines of Our Ingenuity” to shopping carts.
“That says something about the role of the shopping cart in our lives.”
Source: Read Full Article