Home » Business » This Is the World’s Fastest Warplane 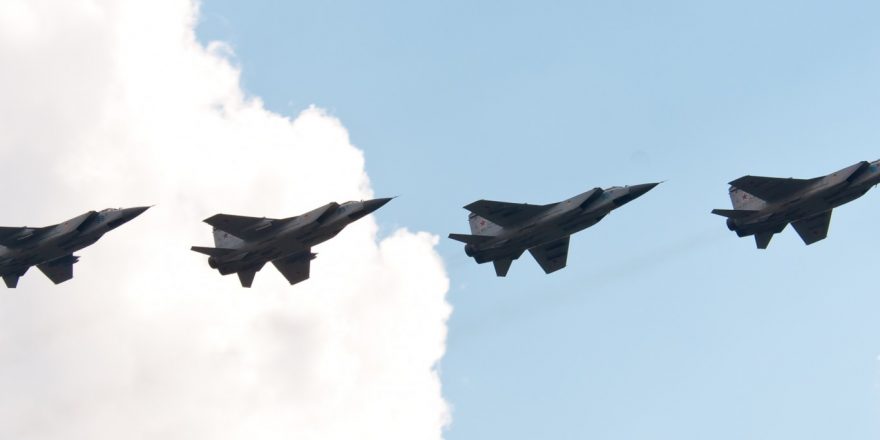 This Is the World’s Fastest Warplane

Nearly six weeks after invading Ukraine, Russia, with the world’s second-largest air force, is dueling with Ukraine for air supremacy, with both sides flying some of the fastest fighters in the world. (See how Russia and Ukraine military spending compares to the world.)

To identify the fastest warplanes, 24/7 Wall St. reviewed aviation information site Aero Corner’s list, The Top 13 Fastest Fighter Jets in The World. Jets, only those used in armed combat, were ranked by their top speed. Aero Corner often used government sources to find speed performance of many of these aircraft.

The two fastest jet fighters on the list – the MIG-31 Foxhound and the MiG-25 Foxbat – were built by the former Soviet Union and are both still in service. The Foxhound is an outgrowth of the Foxbat with a more powerful engine and with better control at lower altitudes. The Foxbat is one of the warplanes operated by Ukrainian air force pilots.

The J-10 is the third-fastest fighter on the list. It is the first warplane developed by the Chinese that can challenge Western fighters in performance and capabilities. Development began in 1988, and its mission was to counter threats from the Soviet Union. The J-10 went into service in the Chinese air force in 2004. The J-10 cannot match the performance of similar Western warplanes such as America’s F-16 and the Eurofighter Typhoon.

Two other Russian-made jets are on the fastest warplane list – the SU-27 Flanker and the SU-35 Flanker. The former fighter also is serving in the Ukraine air force. Ukrainian forces claimed to have shot down an SU-35 Flanker in early April. The SU-35 is one of Russia’s newest fighters and has been in service in the Russian air force since 2014.

Six of the fastest warplanes are from the United States: F-4 Phantom II, F-22 Raptor, F-106, F-14 Tomcat, F-15 Eagle, and the F-111 Aardvark. The F-22 Raptor is a fifth-generation stealth warplane that had been discussed as an enforcer of a no-fly zone over Ukraine. (See if the U.S. Air Force is the world’s largest air force.)