Home » This Is the Oldest House For Sale in America 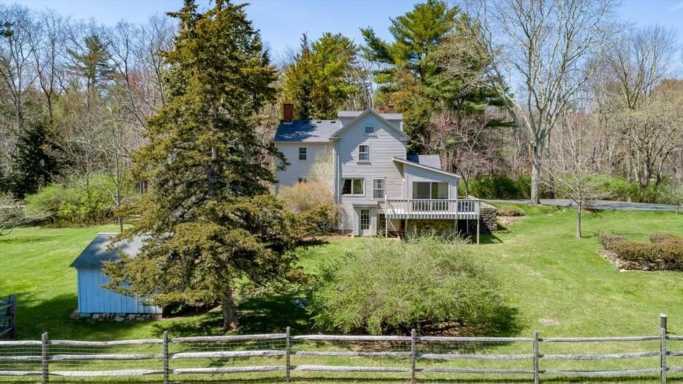 This Is the Oldest House For Sale in America

Most of the oldest houses in American are located in the original 13 states. That usually can be narrowed down to the areas around Boston, New York City and Philadelphia. Although many homes in these regions were built before 1800, few were built before 1700.

The oldest house in America on the market now was built in 1693. It is located 25 miles southwest of Boston. The home at 245 Ridge Street, Millis, Massachusetts, is on the market for $1,365,000. Set on 64 acres, it has four bedrooms and two bathrooms, and it covers 2,667 square feet. It has been a working sheep farm. The house was built on Bogastow Brook in the northern part of Millis near the Sherborn line. Aside from the primary house and a barn, the property has two cottages. According to the current owners, a new owner should “value it for its agricultural potential.”

Base on Realtor.com information, this is by far the most expensive house in the area.

Millis has a population of 8,310, according to the U.S. Census Bureau. Almost 93% of the population is white. The town is extremely affluent, with a median household income of $106,164, which is more than 50% higher than the national average. The poverty rate, at 1.5%, is among the lowest in the country.