Home » Business » This Is the Country With the Most Nuclear Weapons 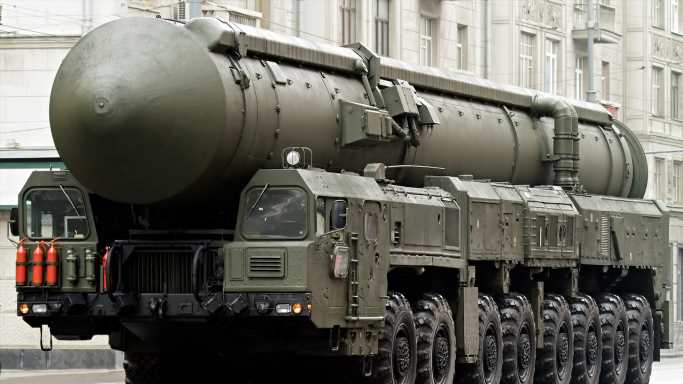 This Is the Country With the Most Nuclear Weapons

The destructive power of nuclear weapons has changed significantly since the U.S. dropped the first atomic bombs on Hiroshima and Nagasaki in August 1945. Those bombings caused approximately 200,000 deaths. That incident and the proliferation of nuclear weapons have caused many experts to say another use of nuclear weapons would cause World War III and account for hundreds of thousands of deaths, or perhaps millions.

For the first time, perhaps, since the Cuban Missile Crisis of 1962, there is widespread worry that Russia could use nuclear weapons in its invasion of Ukraine. The lack of progress by the Russian military may prompt them to turn to more destructive weapons. Several NATO countries are on the Ukrainian border, and NATO has its own large supply of nuclear weapons.

Though the Cold War ended in 1989, several countries continue to develop nuclear arms capabilities. Russia is completing a decades-long effort to modernize its nuclear weapons systems, while the United States deployed 8-kiloton nuclear submarine-launched ballistic missiles as recently as 2019, according to the Bulletin of Atomic Scientists. China, India and Pakistan are expanding their nuclear weapons capabilities, and Iran may be secretly developing its own nuclear weapons program.

To determine the country with the most nuclear weapons, 24/7 Wall St. reviewed warhead inventories for each country using estimates from the Federation of American Scientists, an organization that works to reduce the spread of nuclear weapons and increase government transparency. All other data comes from the Stockholm International Peace Research Institute.

Nuclear weapons vary in potency, ranging from small tactical nuclear devices to intercontinental ballistic missiles that can yield up to 800 kilotons, or about 44 times the power of the nuclear bombs dropped on Hiroshima and Nagasaki in 1945. The smallest nuclear weapon system ever built was the American M28 and M29 (aka the Davy Crocket), with a yield of about 0.02 kilotons, equivalent to 20 tons of TNT.

The United States and Russia continue to maintain the most nuclear weapons, far more than the other seven nuclear powers combined. Fortunately, the number of nuclear weapons has declined significantly from its peak years prior to the end of the Cold War, thanks in part to the Strategic Arms Reduction Treaty (START) and the New START, which extended the treaty to 2026, between the United States and Russia. However, plenty of nuclear firepower remains.

The country with the most nuclear weapons is Russia. Here are the details:

Federation of American Scientists researchers used unclassified information to arrive at their estimates. In addition, researchers used a variety of sources, including satellite images, public statements from public officials, newspapers articles, private conversations with government officials, and historical analyses over many years, to ascertain these estimates.

The year of each country’s first nuclear test; the number of deployed, stored and total inventory of warheads; and each nation’s military expenditures came from the Stockholm International Peace Research Institute.