Home » This former NFL player is selling shares of Kanye’s $1.8 million Air Yeezys for as little as $15 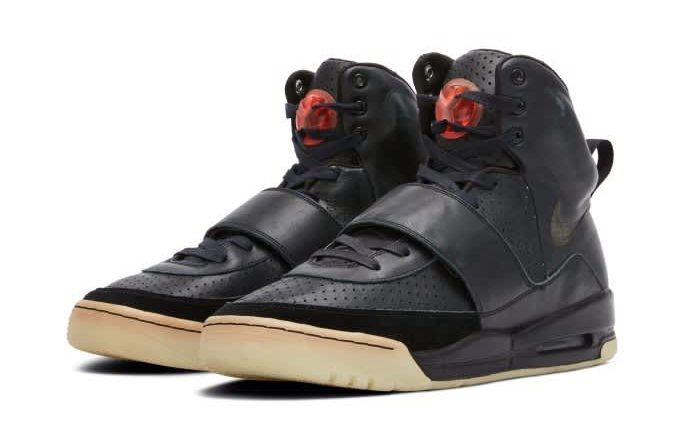 This former NFL player is selling shares of Kanye’s $1.8 million Air Yeezys for as little as $15

A rare pair of Kanye West's sneakers broke a world record for footwear by selling for $1.8 million at a Sotheby's auction on Monday. But, starting in June, sneakerheads everywhere will be able to pay as little as $15 to own a piece of the multimillion-dollar Nike Air Yeezy 1 prototypes.

The buyer of the record-breaking Yeezys is a start-up for investing in rare and valuable sneakers, called Rares. The company says it will sell fractional shares in West's Air Yeezys through its mobile app, starting June 16.

Gerome Sapp, who played five seasons in the NFL, from 2003 to 2007, and earned an executive MBA from Harvard in offseasons, co-founded Rares in 2020 is now that company's CEO.

Sapp tells CNBC Make It that Rares will essentially launch an IPO, or initial public offering, for the Air Yeezy 1 prototypes on the company's app and that users will be able to buy and trade shares of them (along with other rare sneakers) as they would shares of a public company on the stock market.

"This sneaker will be qualified by the SEC, so it will be an actual security," Sapp says, meaning that the SEC would regulate the buying and selling of shares of the sneakers the same way it would other securities, like a stock or a bond. "So in a lot of ways, the IPO and the investment process are very similar to a traditional IPO investment scenario in the real world."

He adds that the pair of $1.8 million Air Yeezys will essentially become their own "mini company and the value of that company is derived from the value of the sneaker." As with buying stocks in actual public companies, investors would be buying shares of the Air Yeezys and other sneakers with the idea that the value of those shares will increase over time, allowing investors to sell their shares and potentially turn a profit.

While Rares has not yet finalized the initial offering price for shares in the Air Yeezy prototypes, Sapp says he expects the shares to start selling "in the range of $15 to $25."

Indeed, some sneaker collectors have criticized what they see as the "gentrification" of sneaker culture, with some likening it to appropriation African American style by wealthier, typically white, collectors. Desirable new sneakers often sell out quickly, especially when resellers use automated bots to buy out stock before placing the shoes on the secondary market at a vastly inflated cost, which prices a lot of collectors out of the market.

"I want people to come in with the expectations of, 'Man, now I can finally have access to these shoes and the opportunity to potentially participate in the the back-end earnings on them,'" Sapp says.

West developed the Air Yeezy line of sneakers with Nike and the record-breaking prototypes were the first pair the rapper ever wore, as West revealed them publicly during his performance at the 2008 Grammy Awards and never wore them again, according to Sotheby's. The Nike Air Yeezy line of sneakers hit stores in 2009. Four years later, West moved his Yeezy sneaker line to Adidas and Forbes estimates the Yeezy brand brought in roughly $1.7 billion in sales last year.

After launching more than a decade ago, West's Yeezy sneakers became a hot ticket for the growing community of "sneakerheads" — hardcore buyers and collectors of rare and expensive sneakers — many of whom have waited in long lines to secure pairs of the sneakers before they sold out. The shoes, which typically retail for around $200, have also been known to sell for thousands of dollars on the secondary market, including on resale websites like StockX.

In fact, the overall resale market for sneakers has exploded in recent years, and analysts have estimated the market could be worth $30 billion globally by the end of this decade, with investors even looking at sneakers as a bonafide alternative asset class.

Rares' purchase of the one-of-a-kind Air Yeezys blew away the previous world record for a sneaker sale, which came last year when Sotheby's sold a pair of Michael Jordan's game-worn and autographed Nike Air Jordan 1s for $560,000 to an anonymous buyer. Before that, the record belonged to a pair of 1972 Nike "Moon Shoe" racing sneakers that the auction house sold for $475,500 in 2019.

While Rares has not yet launched offerings for any other sneakers on its investment platform, the company's site lists multiple sneakers that it says will soon be available for fractional ownership. That includes a pair of 2010 Nike Air Force 1s made as a collaboration between rapper Jay-Z and Nike, as well as a pair of never-worn black and red 1985 Nike Air Jordan OG 1s (a pair of which is listed on StockX with a lowest asking price of $26,550).

Sapp majored in finance at the University of Notre Dame, where he also starred on the football field, and he says he always wanted to pursue a business career once his playing days were over. "I got to a point in my NFL career where I literally couldn't wait to get into the business world … And, the biggest reason for that is because it's competitive," says Sapp, who admits that he and other former professional athletes often feel a "void" when their sports careers end due to the drop off in competitive action.

Now, Sapp says he can channel his competitive energy into building Rares into a successful company.

But there is competition out there.

Rally is another start-up that allows investors to buy fractional shares in collectibles like sports cars, watches, or even sneakers (the company, which launched in 2016, paid $156,000 earlier this year for a pair of sneakers worn by LeBron James in high school). And, companies like StockX and Goat have also worked to make collecting sneakers more like traditional investing, with the former even marketing itself as the "stock market of sneakers".

StockX is valued at $3.8 billion, while Rally has raised nearly $27 million from investors.

Sapp did not reveal how much money Rares has raised to this point, but he says the company's investors include venture capital funds the W Fund and the Urban Capital Network. In March, Rares also joined the Techstars start-up accelerator.

Sapp says Rares will use additional fundraising to fund the company's growth, including spending on marketing and acquiring more rare sneakers to offer to fractional investors. Meanwhile, the company hopes the buzz around its record purchase of West's Air Yeezys will spur a range of sneaker fans and hardcore collectors to the app.

When asked how many people he expects to join Rares, Sapp says: "I would be lying to you if I didn't tell you 'everyone.' I want everyone to join."