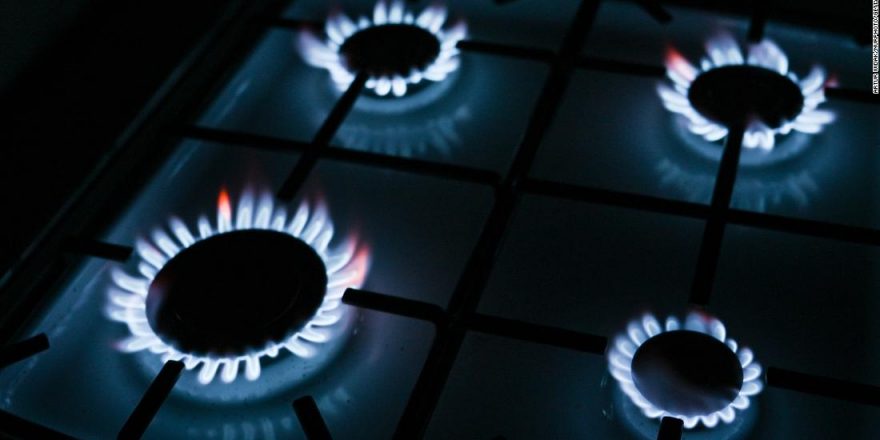 These maps show how natural gas is behind Russia's power

London (CNN Business)The European Union has unveiled its emergency gas rationing plan — a day before it fears Russia could drastically cut the flow of natural gas to the continent.

The “Save Gas for a Safe Winter” plan announced Wednesday sets a target for the 27 member states to reduce their gas demand by 15% between August and March next year. That reduction is based on countries’ average gas consumption during the same months over the previous five years.
The plan is focused on curtailing demand by businesses and in public buildings, rather than private homes. Among the proposed measures, the EU Commission is encouraging industry to switch to alternate energy sources — including coal where necessary — and to introduce auction systems that compensate companies for reducing their gas consumption.

The Commission is also hoping to pass a new law that would give it the power to force states to reduce their demand for gas “when there is a substantial risk of a severe gas shortage or an exceptionally high gas demand,” it said in a press release.

By September, countries would have to update their national gas reduction plans to show how they will meet the new target.

The measures come just one day before officials worry Gazprom, Russia’s state gas company, may refuse to re-start deliveries through the Nord Stream 1 pipeline. Nord Stream 1 has been shut over the past 10 days for routine maintenance.
EU Commission President Ursula von der Leyen said Wednesday that a total shut off of Russian gas was a “likely scenario.”

“Russia is blackmailing us. Russia is using energy as a weapon,” she said in a press conference announcing the new plan.
The pipeline is a vital artery linking Russia’s vast gas reserves to the continent via Germany. It delivers 55 billion cubic meters of gas per year, or nearly 40% of the bloc’s total pipeline imports from Russia.
Last month, Gazprom cut flows through the pipeline by 60%, blaming the West’s decision to withhold vital turbines because of sanctions against Russia over its invasion of Ukraine. 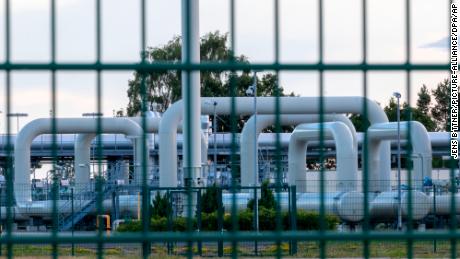 Those turbines have since been allowed to travel to Germany from Canada, where they were being repaired, under a sanctions waiver, the Canadian government said last week.
But Russia could still decide to keep the taps turned off. The country has already stopped delivering gas to several European countries and energy companies, because they have refused Russia’s demands to pay for gas in rubles — a move that would put them in breach of European sanctions.
On Tuesday, Russian President Vladimir Putin said during a visit to Iran that Gazprom would “fulfill all of its obligations” in supplying gas to Europe, but warned deliveries could drop by 20% next week if it does not receive the turbine, according to a report by The Wall Street Journal.
The ongoing uncertainty over Europe’s gas supplies has pushed benchmark gas prices up by about 85% since the invasion in late February, according to the Intercontinental Exchange.
On Wednesday, prices rose 5% to €161 ($165) per megawatt hour as the deadline for the pipeline’s reopening inched closer.

Germany would be particularly vulnerable to reduced gas supplies. The region’s largest economy has long relied on Russia’s gas to power its homes and heavy industry.
In June, the country activated the second of its three-stage emergency gas rationing program days after Russia reduced flows through the Nord Stream 1 pipeline. Though it has managed to slash Russia’s share of its imports from 55% to 35% since the start of the war, a dramatic cut could severely limit its ability to fill its gas reserves ahead of winter, as well as tip the country into a recession.
On Monday, struggling German gas distributor Uniper drew down a €2 billion ($2.05 billion) credit facility with bank KfW because of the impact of Russian gas supply disruptions.
Robert Habeck, Germany’s economy minister, said earlier this month that the country must “prepare for the worst” on Thursday, when the pipeline is due to come back online.
Gas storage levels across the European Union are currently close to 65%, according to the Gas Infrastructure Europe.
That’s a lot more than the same time last year, but remains far off the 80% target the bloc has set for its member states to reach by November, Henning Gloystein, director of energy, climate and resources at Eurasia Group, told CNN Business.
“If [Nord Stream 1] remains off or only partly returns after maintenance, it will be difficult for Germany and the whole of the EU to reach that target, hence the possibility of further political measures to cut gas usage,” said Gloystein.

The bloc is racing to secure alternate gas supplies to avoid a potentially catastrophic shortage this winter. But a crisis could come sooner than expected depending on Russia’s next move.
The International Monetary Fund said on Tuesday that a complete shut off of Russia’s gas could shrink GDP in Hungary, Slovakia and the Czech Republic — countries particularly reliant on Moscow’s exports — by as much as 6%.
“The point at which the crisis will bite more deeply is looking closer and closer as we head into the summer and then autumn, this is increasingly a matter of ‘when’ and not ‘if’ the crisis arrives,” Vladimir Petrov, senior power analyst at Rystad Energy, said in a Monday note.
Fatih Birol, executive director of the International Energy Agency, described the situation in Europe as “perilous” and said it must prepare for a “long, hard winter.”
According to the IEA, even if European countries manage to fill their gas stores to 90% of their capacity, it is still likely to face supply disruptions early next year if Russia decides to cut off gas deliveries from October.
The agency said earlier this week that Europe must find ways to save 12 billion cubic meters of gas — equal to about 3% of its annual consumption — over the next 12 weeks to avert disaster. It laid out a number of steps countries could take, including burning more coal and oil.
“This is a big ask, but it does not exaggerate the scale of what is needed,” Birol said in a Monday press statement.

“It is categorically not enough to just rely on gas from non-Russian sources — these supplies are simply not available in the volumes required to substitute for missing deliveries from Russia,” he added.
— Mark Thompson and Nadine Schmidt contributed reporting.
Source: Read Full Article