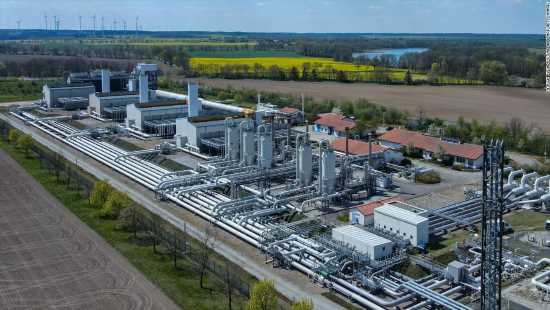 These maps show how natural gas is behind Russia's power

(CNN Business)Russian revenues from fossil fuel exports to the European Union soared during the first two months of the Ukraine invasion, despite some buyers shunning Russian energy and finding alternative suppliers, a report by the Centre for Research on Energy and Clean Air (CREA) shows.

European Union imports of Russian fossil fuels accounted for 44 billion euros ($46.3 billion) from February 24, the day Russia launched its invasion, to April 24. That’s more than double the value of Russian energy imported by EU states during the same two-month period last year, CREA lead analyst Lauri Myllyvirta told CNN.
Higher prices, rather than volumes, accounted for most of that increase.

The European Union accounted for around 70% of Russia’s fossil fuel export revenues globally, which amounted to 63 billion euros ($66.3 billion) in the two-month period.

Energy prices have risen over the past year as nations emerged from lockdowns, pushing up demand. Russia’s invasion of Ukraine gave a further boost to oil and gas prices. OPEC member nations have also failed to deliver promised production increases, further tightening supply.

The European Union imported 10% more Russian gas through pipelines in the two-month period, and 20% more liquified natural gas, but export volumes of Russian oil and coal to the bloc fell by 20% and 40%, respectively.
The findings were published as Europe comes under increasing pressure to ban Russian oil imports and expedite its move away from Russian gas to stop enriching the Kremlin, and indirectly financing the war in Ukraine.

It also comes as Russian energy company Gazprom cut off gas supplies to Poland and Bulgaria, in an attempt to pressure European companies more widely to pay in rubles. Russia is trying to prop up its spiraling currency.
The Russian economy has been side-swiped by Western sanctions that have targeted the county’s central bank and frozen about half of the country’s $600 billion in foreign reserves.
“The fact that their coffers are bulging because of the windfall that they’ve gotten out of the fossil fuel prices is a very perverse outcome,” Myllyvirta told CNN.
Weaning off Russian fossil fuels quickly will be challenging for the 27-nation bloc, which before the war depended on Russia for about 40% of its natural gas imports, as well as 27% of its oil and 46% of coal imports. Abruptly ending these purchases would have serious knock-on effects on consumers and businesses.
It is particularly challenging for Germany, which has been the largest individual buyer of Russian fossil fuels globally since the invasion, with purchases worth 9.1 billion euros, according to CREA. 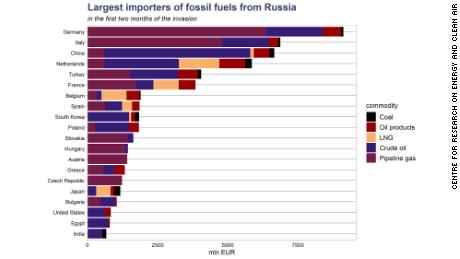 Italy was the next largest buyer, transferring 6.9 billion euros to Russia, followed by China, the Netherlands, Turkey and France.
The European Union has pledged to break its dependence on Russian energy by 2027, and is working on an oil embargo that could be announced as early as next week, but the report shows that the diversification measures thus far announced will achieve little in the short term. 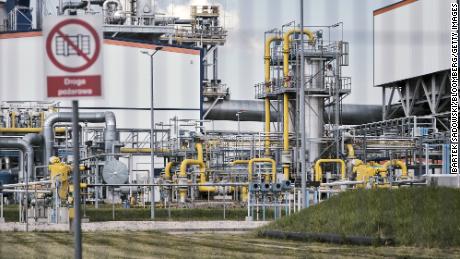 “Everything that has been announced around green energy and energy efficiency is impressive, if you look at the potential impact over the next few years,” Myllyvirta said.
“But then as mentioned, the short-term component — that would do as much as possible to limit Russia’s revenues in the immediate term — has been really lacking.”