These cars randomly bolt into intersections 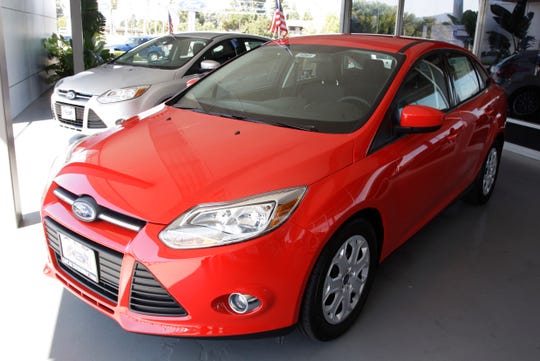 Louisiana braces for a potential hurricane while immigration advocates ready for ICE roundups across the country. Here’s the news you need to know Thursday.

But first, Google’s listening: A new investigation found Google workers can eavesdrop on your private conversations via its smart speakers. Don’t be evil, huh?

Ford knew these cars were defective. It sold them anyway.

There are at least 1.5 million Ford cars on the road with flawed transmissions. Ford knew about the defect but sold them anyway. A Detroit Free Press investigation found that Ford Motor knowingly launched two low-priced, fuel-efficient cars – the Focus and Fiesta – with defective transmissions and continued selling the cars despite thousands of complaints and an avalanche of repairs. The troubled cars have randomly lost power on freeways and unexpectedly bolted into intersections. Internal documents show that the automaker pushed past early warnings that the cars weren’t roadworthy. Ford faces thousands of angry customers, hundreds of millions in repair costs and litigation so serious the company warned investors of the financial threat posed by the defects. 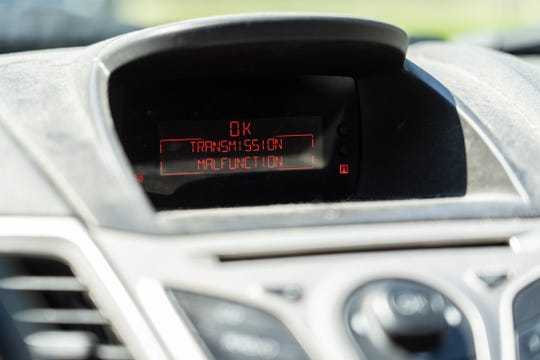 ICE roundups could strike this weekend

A massive sweep of arrests could unfold this weekend amid reports of roundups set for at least 10 major cities. ICE officials would neither confirm nor deny a report Thursday in The New York Times, citing unnamed administration officials, that a sweep targeting more than 2,000 immigrants facing deportation orders would begin Sunday. President Donald Trump said last week that an ICE sweep would hit “soon.” Thursday, House Speaker Nancy Pelosi derided such raids as actions to “terrorize children and tear families apart.” Stressing that a deportation order is not a search warrant, she urged immigrants to learn their rights before letting ICE into their homes. 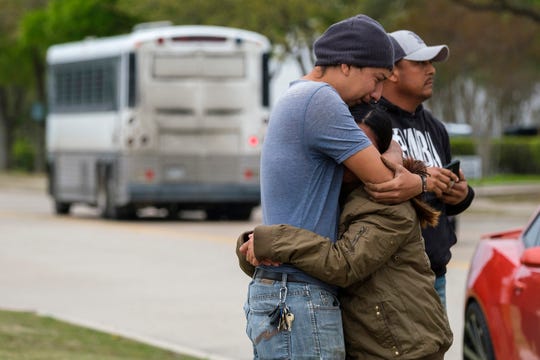 A couple embrace as a bus from LaSalle Corrections Transport departs Allen, Texas. Immigrant families and advocates warned about planned arrests around the country by the Immigration and Customs Enforcement agency. (Photo: Smiley N. Pool, AP)

Once a week, we’ll feature some ? story picks from my USA TODAY colleagues. Today’s guest: Alex, our emerging platform queen.

It’s official: Tropical Storm Barry formed in the Gulf of Mexico on Thursday, and it’s expected to hit Louisiana on Saturday as a Category 1 hurricane. Forecasters said Louisiana – the bull’s-eye of the emerging storm – could see up to 12 inches of rain by Monday, and some isolated areas could receive up to 18 inches. Louisiana Gov. John Bel Edwards  declared a state of emergency, warning that the “entire coast of Louisiana is at play in this storm.” If the storm becomes a hurricane, it would be the first one of the season, the National Hurricane Center said. 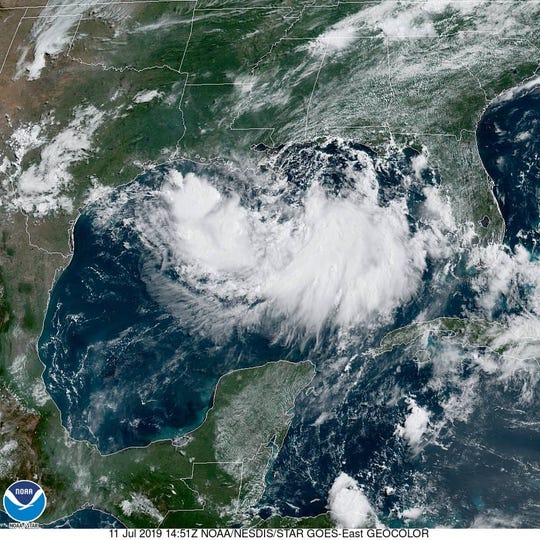 Lawmakers OK subpoenas for 12 people tied to Trump, including his son-in-law

A House panel authorized subpoenas for a dozen Trump aides and associates Thursday, seeking information about everything from Russian interference to hush-money payments leading up to the 2016 election. Who was hit by the “subpoena binge”? Trump’s son-in-law, Jared Kushner, former chief of staff John Kelly and National Enquirer executives. Previous efforts by the panel to subpoena information from the Trump administration produced little new information. Trump described the investigation by House Dems after Robert Mueller’s inquiry as presidential harassment and a “witch hunt.”

Teachers to America: Summer break is a total myth

Teachers are told their low pay is offset because they get summers off. The problem? They’re actually working all year long. When a USA TODAY analysis found teachers’ pay was too low to afford housing, readers responded by saying teachers get the summer “off.” In actuality, educators nationwide often spend the summer months doing anything but lazing around. We talked to nine of them, and they told us the real deal: They work second jobs so they can pay rent, making lesson plans for the year ahead and learning how to be better teachers.

A huge cactus impaled a car’s windshield in Tucson when the driver crossed over the median in the road, striking the massive plant, according to authorities. The driver was the only one in the vehicle and (thankfully) didn’t suffer serious injury. 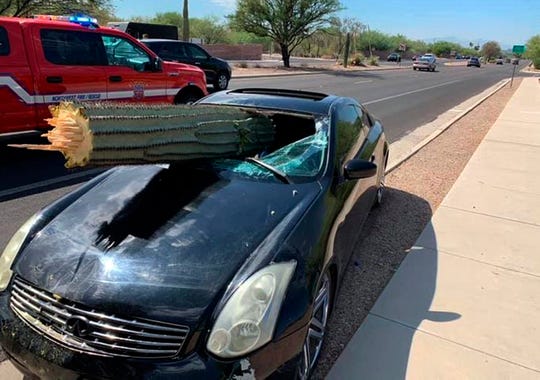 A driver escaped serious injury when his car's windshield was pierced by the trunk of a saguaro cactus. (Photo: AP)

This is a compilation of stories from across the USA TODAY Network. Want this snappy news roundup in your inbox every night? Sign up for “The Short List” newsletter here.