Home » These Are the Richest Places in the Midwest 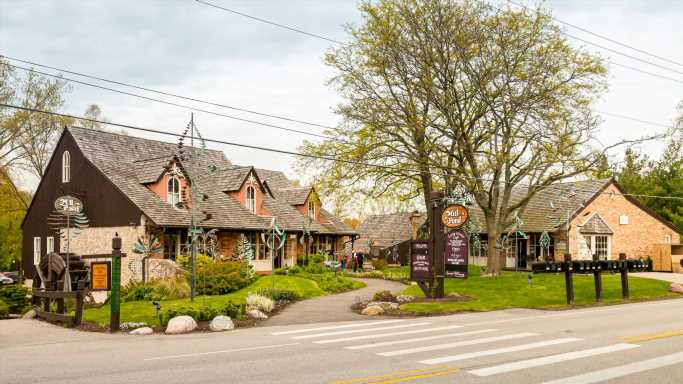 These Are the Richest Places in the Midwest

Wealth, according to Merriam-Webster, is an “abundance of valuable material possessions or resources.” Abundance is relative, of course. While the U.S. government defines the poverty level annually (it is currently $12,880 for individuals, $26,500 for families of four, with slightly higher figures for Alaska and Hawaii), there is no equivalent official definition of wealth.

In purely monetary terms, it might be reasonable to propose that you’re wealthy if your annual household income is in the top 20% nationwide. But exactly what that means varies from state to state. In some, about $95,000 per annum would get you to that level, while in others it’ll take more than $170,000. And of course that’s small potatoes compared to the truly wealthy — here is the richest person of all time from your state.

In determining the richest places in the Midwest, 24/7 Wall St. has ranked the median household income in the approximately 20,000 places with 500 or more residents using data from the U.S. Census Bureau’s 2019 American Community Survey.

We also reviewed the percentage of homes valued above $200,000 and — adding in education level, which is closely tied to earning potential — the number of adults with at least a bachelor’s degree. All data are 5-year averages through 2019. We only considered places where less than 25% of the population are enrolled in college or graduate school, as the presence of a large student population can skew income statistics.

Illinois comes out on top by these measures, with eight of the 25 richest places in the region. Missouri and Ohio come next, with four a piece. There are also three affluent locations in Minnesota, two in Michigan, and one each in Indiana, Wisconsin, North Dakota, and Kansas. The top six, however, share a first-place tie in terms of median household income.

Click here to see the richest places in the Midwest.