Home » 'There's not one Scrooge McDuck, there's a lot of them': The Sackler family's sprawling wealth became the focus of a Purdue Pharma bankruptcy hearing 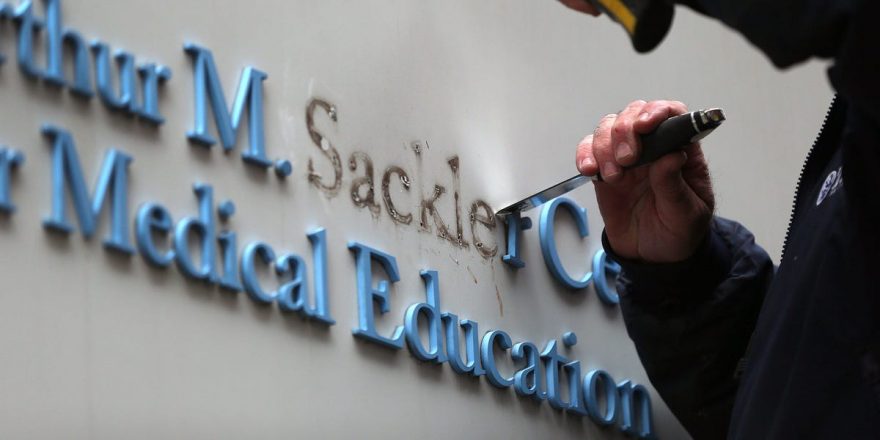 'There's not one Scrooge McDuck, there's a lot of them': The Sackler family's sprawling wealth became the focus of a Purdue Pharma bankruptcy hearing

A judge overseeing a landmark bankruptcy hearing involving Purdue Pharma, the maker of the opioid OxyContin, said the company’s wealth can’t be tied to one person.

Judge Robert D. Drain of the Southern District of New York Bankruptcy Court heard from attorneys for Purdue Pharma and the creditors seeking bankruptcy settlement from the company. The May 26 hearing was meant for parties to bring up objections to Purdue Pharma’s proposed disclosure agreement, which provides information on its finances to help creditors make an informed decision on the settlement plan.

During the hearing, representatives for the Department of Justice’s Trustees Group and a committee of 24 non-consenting US states asked to include more details regarding the finances of the Sacklers, the billionaire family that founded Purdue Pharma.

“It’s not like, as I gather, Scrooge McDuck who just takes a bath in vaults of cash he has in his apartment,” Judge Drain said. “There’s not one Scrooge McDuck, there’s a lot of them.”

During the May 26 hearing, a lawyer for the US Trustees Program requested Purdue Pharma explain why the settlement payout would take nine years to deliver and not be paid in a lump sum.

Though Forbes estimates the Sackler family’s net worth at $10.8 billion as of 2020, Darren S. Klein, an attorney from Davis Polk & Wardwell representing Purdue Pharma, said during the trial members of the family have different wealth depending on their ties to the company.

“There was very detailed financial diligence about individual wealth and liquidity of individual Sackler pods, which is why, each [side of the family] has a slightly different collateral package and a slightly different set of covenants,” Klein said. “I think that it is the debtor’s settlement and our job is to show that it’s reasonable, and not in fact to publish every piece of information.

But lawyers from Davis Polk & Wardwell agreed to include more detail regarding the Sackler family’s massive wealth in the disclosure agreement.

“We are delighted to add more language that the Sacklers would tell us if they believed in what Congress put out as having been submitted by the Sacklers is not correct,” Klein said, referring to a Congressional report that showed the Sackler family’s wealth totaled $11 billion. “We’re happy to.”

State governments, school districts, Native American tribes, and doctors submitted objections to the disclosure agreement prior to the hearing, per court filings.

The litigation surrounding Purdue Pharma has caused a rift among the various members of the Sackler family, Patrick Radden Keefe detailed in his book “Empire of Pain:  The Secret History of the Sackler Dynasty.”

Though Arthur Sackler founded Purdue Pharma in 1952, his estranged brothers Mortimer and Raymond gained control of the company after Arthur died in 1987. Raymond Sackler’s son, Richard, was chairman of the board who guided Purdue Pharma during the approval and initial release of OxyContin in December 1995.

OxyContin was the “most prescribed brand name narcotic medication” for treating moderate to severe pain by 2001, according to a report by the US Government Accountability Office. Deaths from prescription opioid overdose quadrupled between 1999 to 2019, and the Centers for Disease Control and Prevention recorded 247,000 deaths from prescription opioid overdose over the last two decades.