Home » The Worst City to Live in Every State 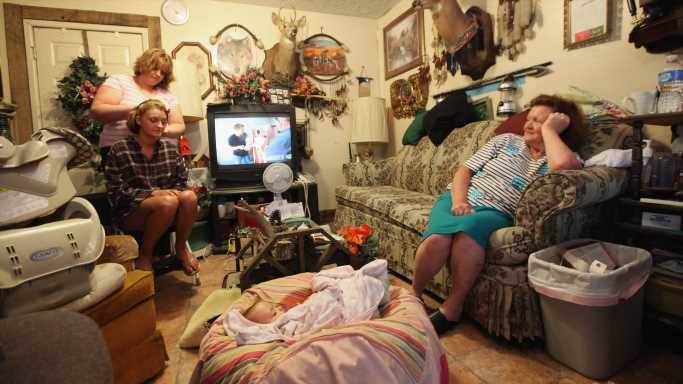 The Worst City to Live in Every State

The COVID-19 pandemic was a public health crisis that sent shockwaves through the U.S. economy — and the country’s social fabric. In addition to claiming over half a million American lives, the pandemic sent unemployment soaring and exacerbated existing problems, as drug overdoses and crime rates spiked in some parts of the country.

Even before the pandemic, however, there were cities and towns already grappling with severe social and economic distress. These communities have long struggled with challenges such as high unemployment, poverty, crime, drug misuse, and limited access to essential services.

Using data from a range of sources, including the FBI, Centers for Disease Control and Prevention, and the U.S. Census Bureau, 24/7 Wall St. created a weighted index of 24 social, economic, and health measures to identify the worst place to live in in every state. We considered cities, towns, villages, and census designated places.

It is important to note that the cities on this list rank poorly compared to other places within their respective state and do not necessarily rank poorly on a national level. In some states with smaller populations or better overall socioeconomic conditions, variations in measures of quality of life between cities and towns are often less pronounced. In these states, the community that ranks as the worst place to live often does not face many of the serious social and economic problems common in other cities on this list. Here is a look at the states with the best and worst economies.

Relatively poor conditions in many of the places on this list are likely contributing to population decline. The vast majority of the communities on this list are home to fewer people now than five years ago. Here is a look at America’s fastest shrinking city.