Home » The red-hot commodity market is being underappreciated in the long term by investors still obsessed with stocks, JPMorgan says

The red-hot commodity market is being underappreciated in the long term by investors still obsessed with stocks, JPMorgan says 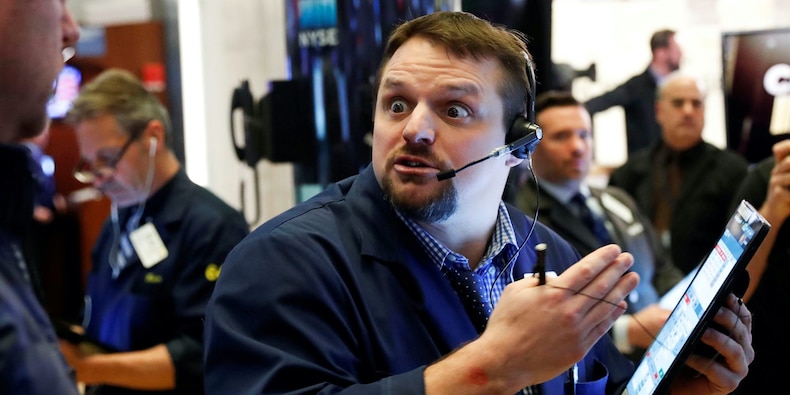 Commodity prices have been surging in recent months as pent-up demand from consumers amid a reopened economy, combined with supply chain imbalances, created a perfect storm.

With inflation on the rise, investors should look to increase their commodity exposure as a hedge, according to a Wednesday note from JPMorgan.

This dynamic, in combination with easy year-over-year comparables, led the consumer prices index to surge 4.2% in April, representing its strongest reading in 13-years.

Despite the surge in inflation and the recent rise in commodities, JPMorgan found that investor allocation to the commodity ex-gold space stands at just 0.6%. That's below its post-2009 average, and well-below the near-1% levels it stood at from 2010 to 2013.

At the same time, investors can't seem to get enough of stocks, with equities allocations surging past its post-2008 average in recent months, according to JPMorgan.

"Investors are currently underweight commodities in global portfolios," the bank said. This sets up equities to be more vulnerable than commodities from a positioning perspective.

Read more: 'If lumber crashes, stocks might be next': An award-winning portfolio manager who's tracked lumber prices for years breaks down why futures hitting a record high of $1,600 is an ominous sign – and shares what investors can do ahead of the eventual crash

And if inflation continues to surprise to the upside in the coming months, commodities relative attractiveness in the long-term "becomes even stronger given investors' perception of commodities as [a] better inflation hedge," the JPMorgan concluded. 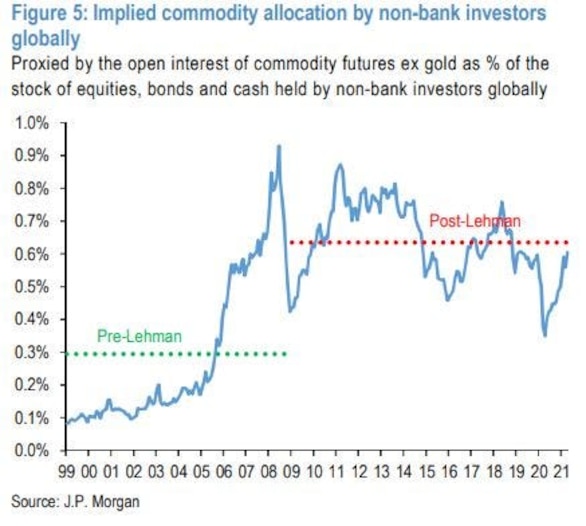