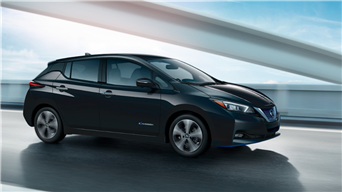 The American car market has been characterized as one with extremely high demand and low inventory. Demand was pent up, to some extent, when dealers were not open due to the COVID-19 pandemic. Inventory has not kept up because of a severe lack of the semiconductors used in car electronic and navigation systems.

The production problems triggered by the chip shortage have hurt both dealers and manufacturers. A typical time a car spent in dealer inventory used to be about 60 days from when it was delivered until it was sold. That number has dropped by half this year. People need to wait months to get some models. Manufacturers have had to shutter assembly lines, and their revenues and earnings have suffered.

One byproduct of the imbalance of supply and demand is that car prices have risen sharply. This has been true for both new and used cars. iSeeCars looked at prices increases among used cars for its “Used Car Prices Are Still on the Rise: Which Cars Are Impacted the Most?“

The analysis looked at 1.9 million used cars in November and compared prices with the same month a year ago. The average price increase across all cars studied was 27.9%. The largest increase tended to be among economy cars. Luxury car prices lagged. Karl Brauer, an iSeeCars executive analyst, wrote: “Used car prices had drifted down, slightly, since they peaked in June, but they are back on the rise again, with the average used vehicle priced nearly over $7,000 above where it was last November.”

The Nissan Leaf is the Japanese manufacturer’s small electric car. It generally gets mediocre reviews from the car press. Car and Driver rates it 6.5 out of 10, while US News rates it 7.6 out of 10.

These are the 10 cars with the highest change in prices:

Click here to see which is the fastest-selling car right now.