Home » The Ninja Foodi Deluxe XL works as a pressure cooker, slow cooker, and air fryer — I'd say it performs two of those tasks well

The Ninja Foodi Deluxe XL works as a pressure cooker, slow cooker, and air fryer — I'd say it performs two of those tasks well

If you buy through our links, we may earn money from affiliate partners. Learn more. 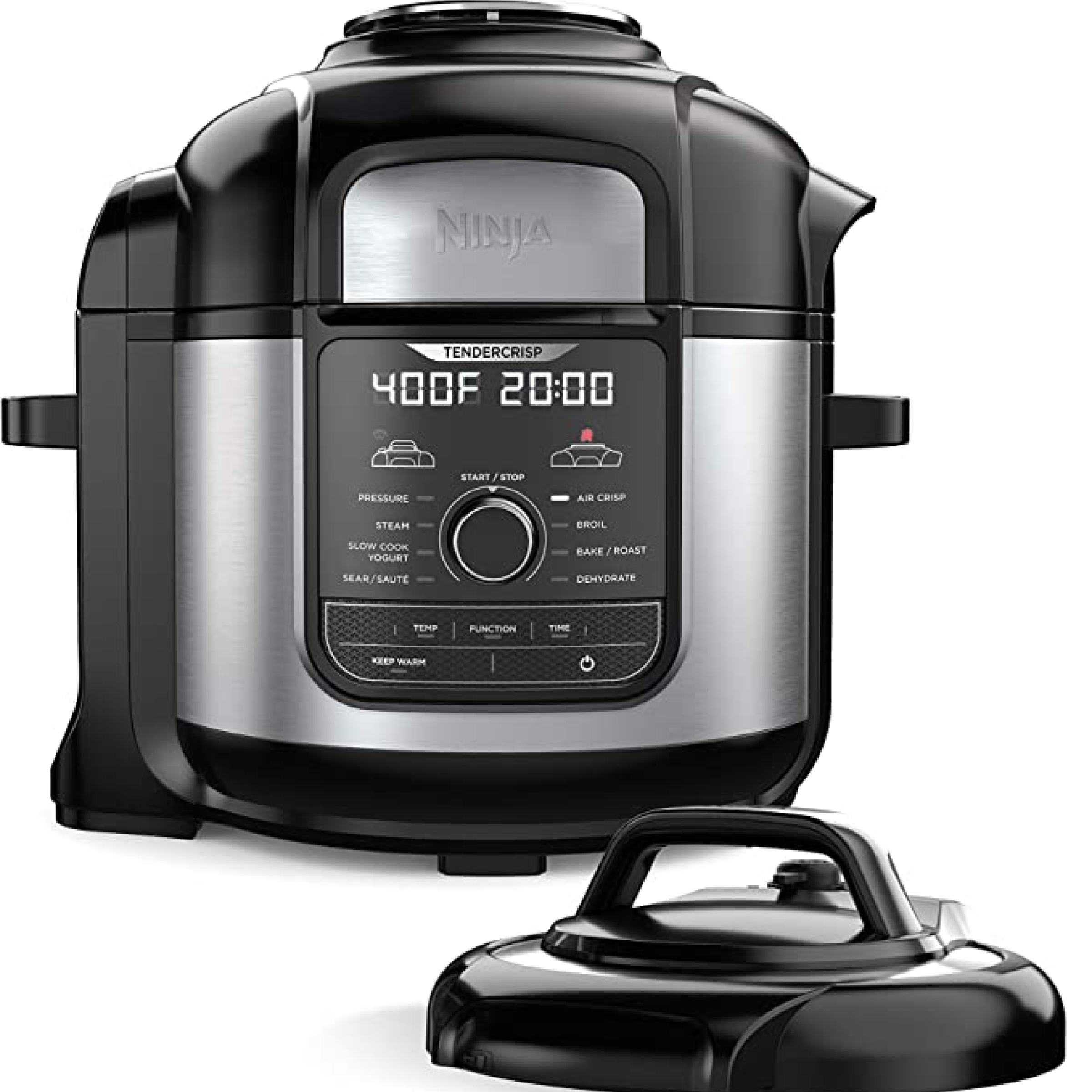 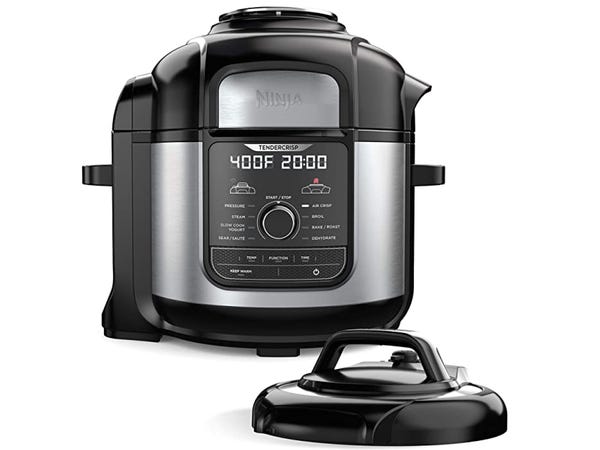 To set up the Deluxe XL, all I had to do was unpackage everything and plug in the device. I hand-washed the pot and crisping basket before my first use and took a look at the quick-start directions, but for the most part, the unit was ready to go right out of the box. Within five minutes, I had the Deluxe XL toasting bread.

As I mentioned earlier, the appliance has two lids. The “air crisping” lid, which you use when air frying, is attached by a hinge. When pressure cooking, you simply leave the air crisping lid open and lock the pressure-cooking lid in place.

For my first Foodi Deluxe XL dish, I tried making the herb-crusted chicken featured in the recipe book that came with the device. I appreciate that the unit is large enough to hold a whole roaster chicken, but while the meal was delicious, it came out slightly overcooked. Also, the skin wasn’t as crispy as I hoped it would be. I’d recommend adding more air fryer time and less pressure cooking.

I also made the recipe book’s panko-crusted cod with quinoa and asparagus. I liked that the meal was healthy and featured a main course and two sides in one pot. Cooking time was about ten minutes longer than the directions suggested, and the cod was unlike any breaded fish I’ve had before — not as crispy — but it was still absolutely delicious.

The Ninja Foodi Deluxe XL does a great job making dishes that require air frying and pressure cooking, but does it do as well when you only want to use one of these functions? To test the air frying capabilities, I turned to French fries. I made sweet potato and Yukon gold hand-cut and spiral fries from scratch. It took between 30 and 35 minutes for the fries to reach the crispiness I wanted, which isn’t bad.

I also cooked two pounds of chicken breasts in the crisper. They took about 23 minutes to get to a safe internal temperature, and the results were juicy and flavorful.

Out of all the dishes I made with the pressure cooker, a braised chuck roast stood out as particularly great. First, I seared the roast in the pot and poured two cups of red wine into the pot, and added some vegetables. Then I set the pressure cooker for an hour. Once the time was up, I released the pressure and enjoyed a tender roast.

All of the elements are dishwasher safe, except for the main unit and lid where all of the electronic components are located. These can be wiped down with a moist cloth. For the most part, I washed the pot and basket by hand, but on days when I wasn’t feeling motivated enough for a careful cleaning session, these pieces made it through the wash cycle unscathed.

Slow cooking can be hit or miss. The heat is much lower than your typical slow cooker on its low setting. I ruined one meal because I didn’t notice that the slow cooker wasn’t getting hot enough until a few hours had gone by. I gave it another try a few weeks later, and the appliance continued to underheat whether it was on low or high. Surprisingly, when I tried it again several months later for our testing of electric pressure cookers, the Foodi did just fine slow cooking pulled pork. Not sure what accounts for the wild differences in cooking, but I wouldn’t count on the Ninja Foodi if you do a lot of slow cooking.

The air fryer doesn’t heat as evenly as I would have liked. I test how evenly air fryers heat by placing bread in the basket and observing the coloration of the toast. With the Ninja Foodi Deluxe XL, the center of the toast was darker than the periphery. This is a good reason to shake up the basket’s contents at least once during cooking.

What are your alternatives?

Since the release of the Foodi, Instant Pot and Crock-Pot have come out with similar appliances at lower price points. We’ve tested Instant Pot’s version, the Duo Crisp and named it a top pick in not only our guide to the best electric pressure cookers, but also as a pick in our guides to the best air fryers and best sous vide machines. The Instant Pot Duo Crisp is comparably sized to the Foodi, but has more functions and costs $20 less. We think the Instant Pot is the better choice for most folks. That said, if you find a particularly good deal on the Foodi, it’s still a solid option.

Overall, I like the Ninja Foodi Deluxe XL. I am kind of bummed that the slow cooker function doesn’t work, but it does a good job with the two functions that are most important to me: air frying and pressure cooking. I’d recommend the Instant Pot Duo Crisp in its place, unless you can find a really good deal on the Foodi.

Pros: 9 different functions including air frying and pressure cooking, easy to clean, large enough to cook a main and sides in one pot, one-year warranty

You can purchase syndication rights to this story here.

Disclosure: This post is brought to you by the Insider Reviews team. We highlight products and services you might find interesting. If you buy them, we get a small share of the revenue from the sale from our commerce partners. We frequently receive products free of charge from manufacturers to test. This does not drive our decision as to whether or not a product is featured or recommended. We operate independently from our advertising sales team. We welcome your feedback. Email us at [email protected]