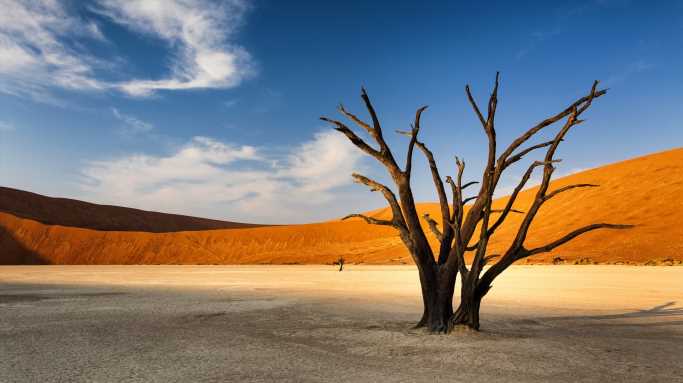 The Hottest Inhabited Places on Earth

Temperatures in parts of the Pacific Northwest surged to all-time highs of over 115 F a year ago. The record-breaking heatwave, which resulted in nearly 200 deaths in Washington and Oregon, is part of a broader pattern of extreme and more frequent weather events resulting from climate change.

While triple-digit temperatures were a shock to cities like Portland or Seattle, there are many parts of the world where such high temperatures are expected. Here is a look at the rarest types of weather on earth.

Using data from the Global Historical Climate Network, 24/7 Wall St. identified the hottest inhabited places on Earth. Places were ranked based on the average year-round temperature. Only places that are currently inhabited were included.

The cities and towns on this list span the Middle East, Africa, and South America. Several of these areas have had at least one month in the last 10 years where the average temperature was above 100 F.

Click here to see the hottest inhabited places on Earth

To determine the hottest inhabited places on Earth, 24/7 Wall St. reviewed average temperature data from the Global Historical Climate Network (Version 4) of the National Centers for Environmental Information of the National Oceanic and Atmospheric Administration. Weather stations were ranked based on the average year-round temperature from 2011 to 2020. Only places with at least five years of data were considered. Data used to determine the hottest month also came from the GHCN and are for the years 2011 to 2020.