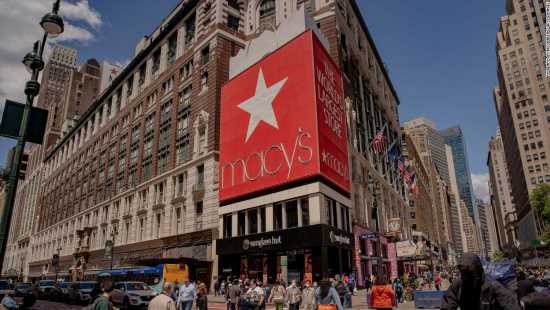 (CNN)Macy’s flagship store on 34th Street in Manhattan — arguably the most nation’s most prominent department store — is under fresh assault from Amazon, which reportedly wants to advertise on the massive billboard adjacent to the store.

And Macy’s (M) is fighting back, going to court to argue the company would be “irreparably damaged” by such an ad from its deep pocketed online rival, and claiming it has had the rights for nearly 60 years to stop any other retailer from advertising on the sign. 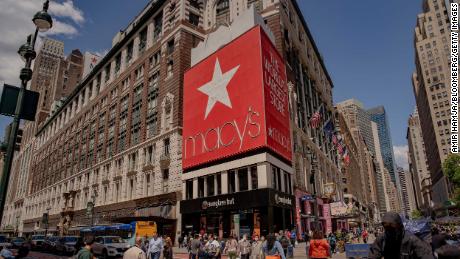 Both Macy’s storefront and the billboard are prominently featured in TV coverage of the annual Macy’s Thanksgiving Day Parade. The store itself was the setting of the classic 1947 movie “Miracle on 34th Street,” along with its 1994 remake. And the billboard is seen annually by millions of New York residents, commuters and tourists who pass through Herald Square, according to the suit, where the store has been located since 1902. (Macy’s was founded in 1858 20 blocks south.)

Although it appears that the 2,200-square foot billboard is on Macy’s property, it is actually attached to an adjacent building owned by a unit of Kaufman Realty Corp., which also owns the billboard.

Macy’s suit claims that it has advertised on the billboard since it was constructed in 1963, and that the terms of that agreement, and all subsequent agreements, included a clause that the billboard’s owners “shall be limited forever” from selling space on it to any other “establishment selling at retail or directly to any consumer.”

Macy’s said that with its contract expiring at the end of August this year, it made an offer to renew ads on the billboard and was told that Kaufman intended to rent the space to a “prominent online retailer,” which Macy’s understands to be Amazon. The suit said that Kaufman’s representative said they did not believe they were bound by the restrictions in the 1963 contract. 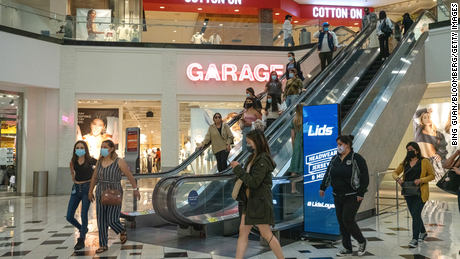 “The damages to Macy’s customer goodwill, image, reputation and brand, should a ‘prominent online retailer’ (especially Amazon) advertise on the billboard are impossible to calculate,” said the suit filed last week. “Macy’s continues to have rights relating to advertisements at that location,” the retailer said in a statement. “We expect to realize the benefits of these rights and have asked the court to protect them.” Amazon (AMZN) and Kaufman both declined to comment on the lawsuit.
The department store sector has been in decline for decades, with several of Macy’s long-time rivals, such as Sears, JCPenney, and Neiman Marcus filing for bankruptcy. Another, Lord & Taylor, closed altogether last year. The shift to online retailers such as Amazon is only part of the challenges facing department stores.
By comparison, Macy’s has done better than many of its traditional rivals, but it too has closed many of its stores over the years to cut costs.
Meanwhile Amazon is reported to be considering opening brick-and-mortar outlets similar to department stores, according to an August report in The Wall Street Journal.

The suit says that Macy’s abandoned the billboard at the end of August when its contract expired and it couldn’t reach a deal on a new one. News of the lawsuit was first reported in Crain’s New York Business.
— CNN Business’ Rob Mclean contributed to this report
Source: Read Full Article