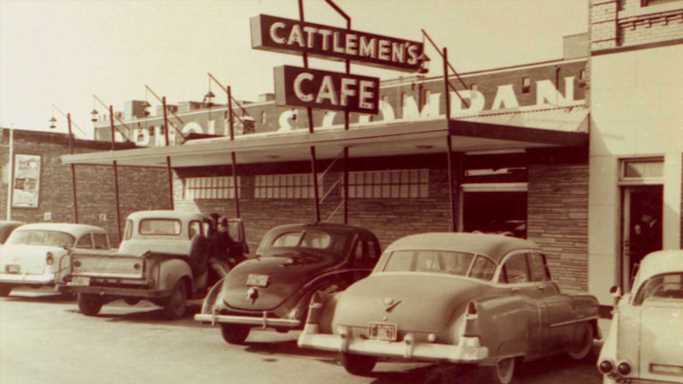 The 18 Oldest Restaurants in America

The restaurant business is a tough one, and the COVID-19 pandemic has all but destroyed it. Even before closures became mandatory, restaurants came and went with regularity. Statistics on restaurant failure rates vary widely. One estimate suggests that up to 90% of independent eating places close within their first year of operation.

Unmanageable rent increases, changes in customer demographics or consumer tastes, fires or the effects of natural disasters, and the deaths and divorces (or simply retirement) of owners are among the many reasons that even thriving eating places fail. These, for instance, are the saddest restaurant closings of 2020.

When we encounter a restaurant, then, that has been around for 50 years, or a century, or even longer, it’s impressive. They must be doing something right.

Not counting coffeehouses, bars, and hotel dining rooms serving table d’hôte meals (those with limited choice served to guests at a fixed price and time), the first real restaurant in America was almost certainly Delmonico’s in New York City, first opened as a pastry shop in 1827 and expanded into a full-scale restaurant on the French model three years later.

24/7 Tempo has assembled a list of 18 restaurants around America that opened after Delmonico’s started doing business and that, as far as contemporary research can determine, were concerned with food as well as drink from the beginning, even if they opened as taverns or saloons.

Most of these venerable establishments have gone through many changes over the decades. Menus have evolved, owners have come and gone, locations have shifted; sometimes they’ve even been destroyed and rebuilt or closed down for years before being revived. Bearing all this in mind, it’s virtually impossible to come up with a definitive list of the country’s oldest eating places. Nonetheless, the restaurants here are certainly among the oldest, and all have some real connection to their origins.

One place that is not on this list, however, is Delmonico’s itself. Though there is a restaurant of that name operating today near the original location in downtown Manhattan, it has only the most tenuous relationship to its early-19th-century namesake. An offshoot of the first restaurant, which was opened in 1897 on Fifth Avenue at 44th Street and went out of business in 1923, is considered to have been the last Delmonico’s with any direct link to the original.

Click here to see the oldest restaurants in America

To determine the oldest restaurants in America, 24/7 Tempo consulted lists published on a variety of food, travel, and history websites, as well as numerous local and regional publications and the historical sections of many restaurant websites.

Only places opened later than 1830 were considered, since that was the year Delmonico’s in New York City — widely considered to have been the country’s first real restaurant — started doing business. Establishments that were primarily bars, taverns, inns, etc. in their early years, developing into actual restaurants only decades later, were not included.