Back in April, Tesco chief executive Dave Lewis played it cute. The £635m final dividend for shareholders related to the supermarket’s pre-pandemic performance in 2019, he said, so please don’t call it a taxpayer-funded windfall courtesy of Rishi Sunak’s business rates giveaway for retailers. The rates relief would eventually be worth £585m to Tesco, but mostly in the next financial year.

New boss Ken Murphy has no such excuse. Tesco’s latest £315m divi relates to a six-month period in which £249m of relief was actually felt in reported profits. It’s not much of a stretch to say taxpayers delivered a large sum to Tesco’s front door while a roughly equivalent amount will be dispatched out the back to shareholders.

Murphy’s line was that the board is merely continuing its established dividend policy. Come on, a “nothing has changed” argument doesn’t wash. Tesco will get more than half a billion quid of assistance from the public purse this financial year, so something definitely changed.

Tesco’s other defence was to point to £533m of Covid-related costs it says it clocked up in the half-year. As it didn’t quite say, we’re invited to view the rates freebie as compensation for keeping the shelves full and the delivery vans rolling.

But that is disingenuous. Business rates are a property-based tax. In spirit at least, the chancellor was trying to help those consumer-facing businesses whose premises were shut and who suffered a collapse in trade. Neither applied at Tesco. Its stores remained open and revenues were up by 7.7% in the UK, the strongest performance in years.

The real fault lies with Sunak and the Treasury, obviously. There was no need to give rates relief to supermarkets, whose incentive to “feed the nation”, as they like to put it, was extra sales to cover extra costs. Yes, the logistics response was impressively slick, but the stores weren’t giving the goods away for free.

Murphy has been in post a week so it should have been the chairman, John Allan, in the spotlight, especially as he’s also vice president of the CBI, a body that likes to rattle on about big business’s duties to society. The option of declining the relief was open to Tesco, in which case the divi (which would still be affordable) wouldn’t be an issue. The board chose not to take it.

Refusing a freebie would have upset shareholders, it hardly needs saying. But, as things stand, Tesco isn’t offering a serious defence of why it is clinging to a large and undeserved financial benefit that is, in effect, the product of sloppy policy-making by a Treasury team operating under the pressure of a pandemic.

Morrisons’ stance last month was the same as Tesco’s, so there’s no great surprise here. And, to repeat, it should fall to Sunak to explain why he wasn’t smarter with the design of his rates relief. But in the world of hospitality and events – and many other industries still in the eye of the storm – the Treasury’s gift to big supermarket chains must look obscene. 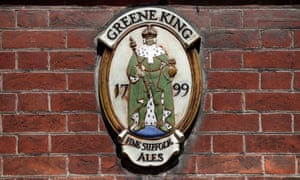 One of those under-pressure companies is Greene King. It’s cutting 800 jobs and closing 79 pubs and restaurants as the 10pm curfew bites.

Expect other businesses to retrench in similar fashion, especially in Scotland, where Nicola Sturgeon has announced a nationwide ban on drinking alcohol indoors in licensed premises for 16 days.

All of which needs to be seen in the context of Sunak’s refrain about saving “viable” jobs. Tens of thousands of jobs in pubs, nightclubs and event venues are clearly viable under normal trading conditions, but simply won’t exist if doors are shut permanently.

The chancellor’s inadequate response a fortnight ago was to launch the Job Support Scheme, the downgrade of the furlough scheme and aimed at part-time workers. It’s tiny, though, and cannot be expected to offer meaningful protection against curfews and alcohol bans.

A rethink is needed. It is well understood that Sunak can’t save every job and, yes, there’s a “blurred line” problem of defining which companies fall within a sector. But the case for offering more support for the hospitality is strong. Something needs to be left standing for the recovery.